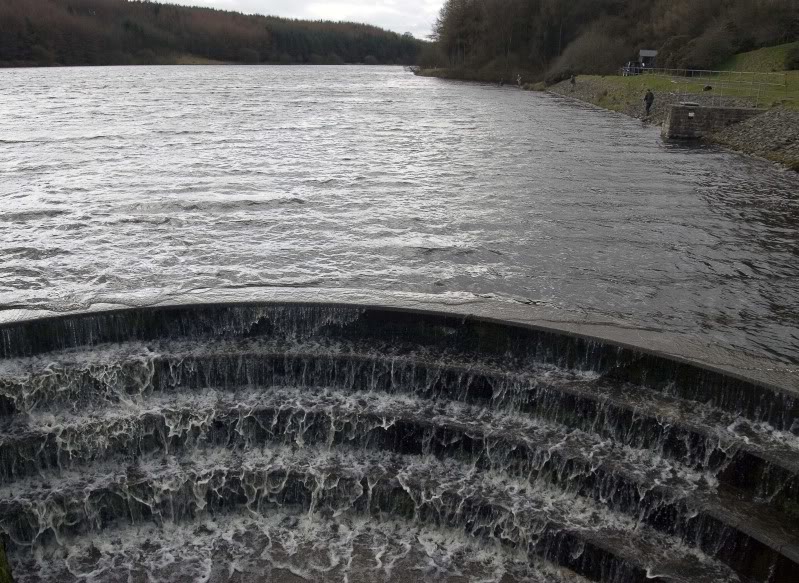 As you can see there’s plenty of water in Beaverdyke at the moment, and there are also plenty of overwintered fish but last weekend saw an influx of new blood as the first of this year’s stockings took place. I happened to be up there on the day in question, putting in a couple of hours on John O’Gaunts without much success and was glad of the distraction to be honest!  It was also fortunate that I had my camera with me so I could take a few pictures for the blog, because it may interest some of you to see how we put the fish in our fishery!

The trout are transported from the fish farm in an aerated tank. This one was the second delivery of the day, and here you can see one of the Mk1 Trout Transferring Receptacles being filled with water. 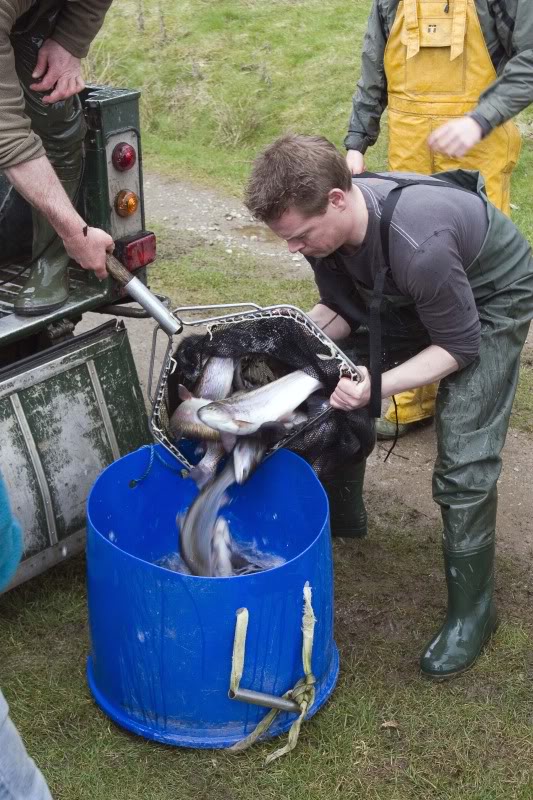 Fish are then netted out of the tank and transferred into (very) temporary accommodation with great care.

Then it’s a brisk trot down to the water and the fish are released into their new home! 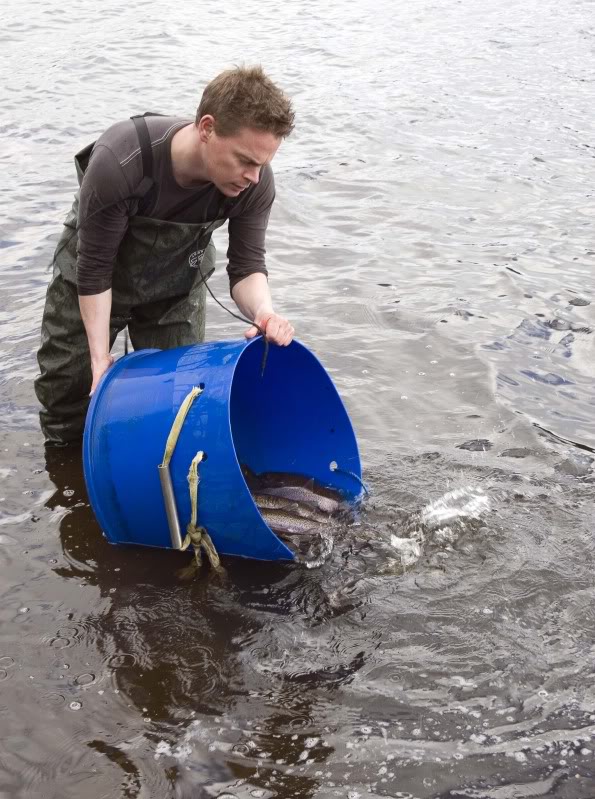 All fish went in with minimum of fuss, and quickly recovered to swim away and start exploring. They should be starting to settle in nicely now, and as the water starts to warm up fishing should really pick up, especially when the buzzer hatches become more prolific. The fish will be either taking the ascending pupa somewhere in the top couple of feet, or actually in/just under the surface. The latter is what I’m all about to be honest, watching a fish actively feeding at the surface, plotting its direction (usually moving upwind) and dropping an emerger pattern where you think he’ll be next.  Fly lands, straighten leader up, pause…another rise, less than a foot away now…come on…come on, you know you want it..COME ON…little twitch to put some life into that fly….agonising few seconds…feels like an eternity..COME ON…’gloop‘…one thousand and one STRIKE… B@*#@*% …too soon..too late… who knows..just cast out again…..