Last Friday RFF had a grand day out at Carsington reservoir in Derbyshire. I’ll keep the blog on this brief as I intend to do a full write up on Carsington (might even start it tonight seeing as I’ve run out of booze…)

The weather was beautiful, so much so that I spent the day in shorts which is rare for me! Not brilliant for fishing though, the reservoir was often flat calm and the fish were very easily spooked. 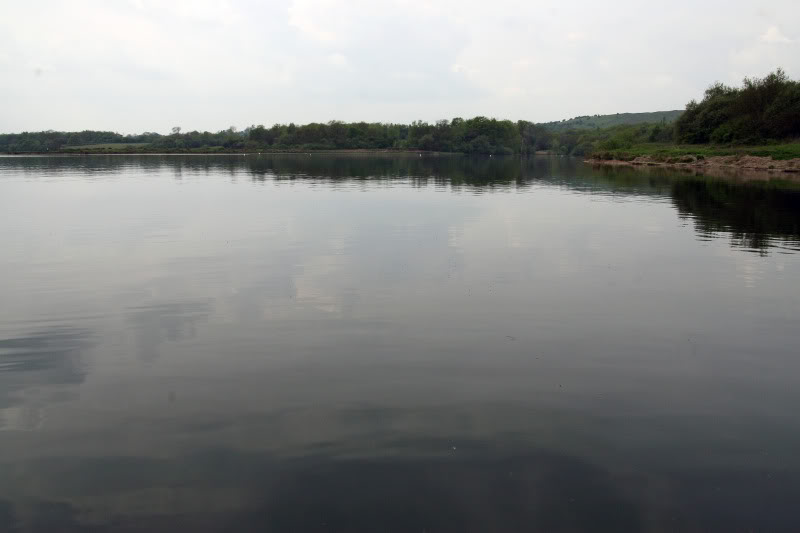 During the morning myself and John drifted down the North shore. We did see occasional rising fish but casting towards them simply pushed them away. We finally hit some sport when we switched to lures/damsel imitations a couple of feet down and managed to land one each. Here’s one of them in the net! 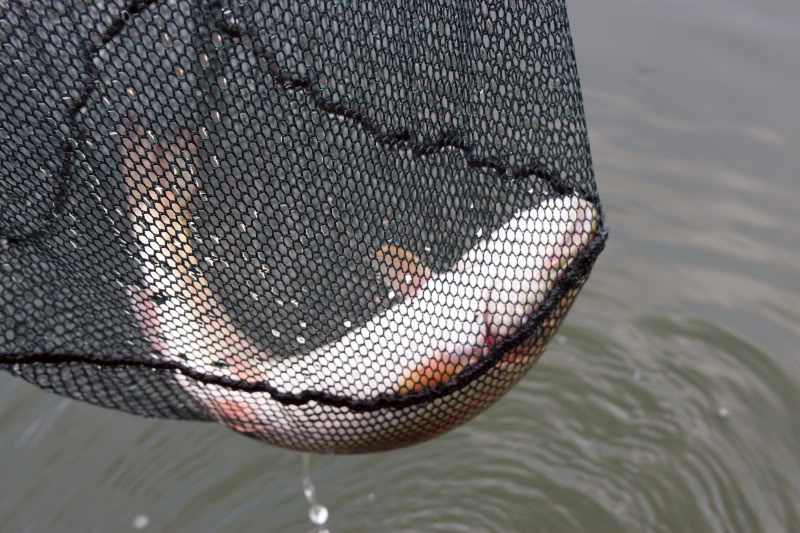 Convening for lunch, it was clear we were all struggling in the conditions and some of our most experienced anglers had not even had a touch. Just look at these glum little faces… 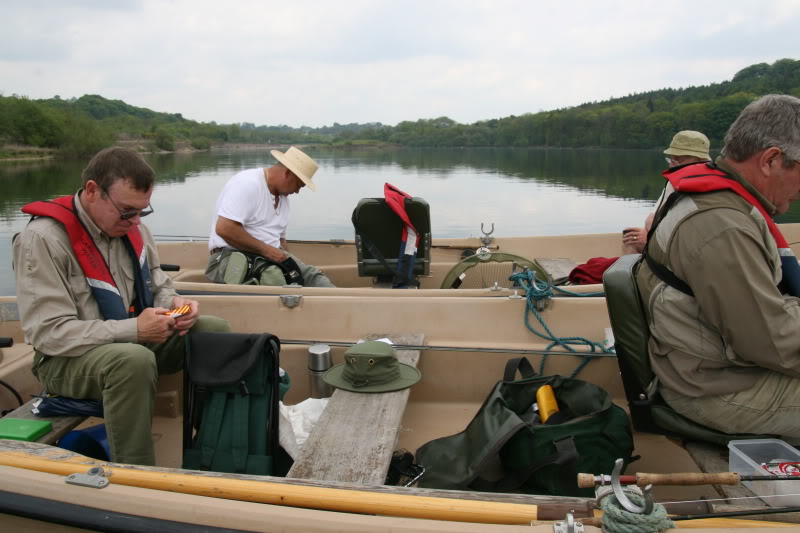 WIth a belly full of cheese and Jalapeno, I approached the afternoon session with renewed vigour. Things got even better for yours truly when I felt, then heard, a deep rythmical WHUP WHUP WHUP coming from somewhere in the distance which I instantly recognised as a Chinook (one of these) 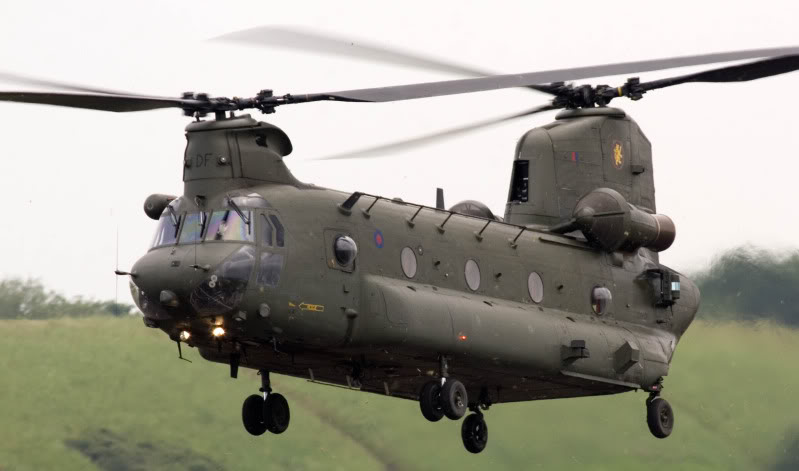 As it clattered across the reservoir fast and low, drowning out my excited whooping and a’hollering, others muttered darkly about it putting the fish down. Meh.

In many ways the afternoon was just as frustrating. We fished the Southern shore for most of it and although there were sporadic hatches of insect which brought up a few rising fish, we kept putting them down again even when there was a ripple.  I hooked into and subsequently lost a belting rainbow on a big mayfly pattern, but did manage to net a smaller but very welcome fish shortly after.

John and I spent the last hour running several short drifts through a bay not far from the boat pontoon, where dozens of fish were cruising like sharks in the surface, picking off something or other. I tried tiny CDC buzzers, sub surface buzzers, klinkhammers, shipmans…the works basically but only managed to briefly hook one.  Heading back to the pontoon we got the lowdown on how everyone else had done, we’d done pretty well compared to the others, many had blanked. Apart from Kevin and Doug that is, who had had a whale of a time boating 20 fish between them, all on buzzers!!

I rather liked Carsington.  The surrounding Peak District countryside is very picturesque, and the fish are brutally strong! The only other place I can think where rainbows fight this hard is Rutland.