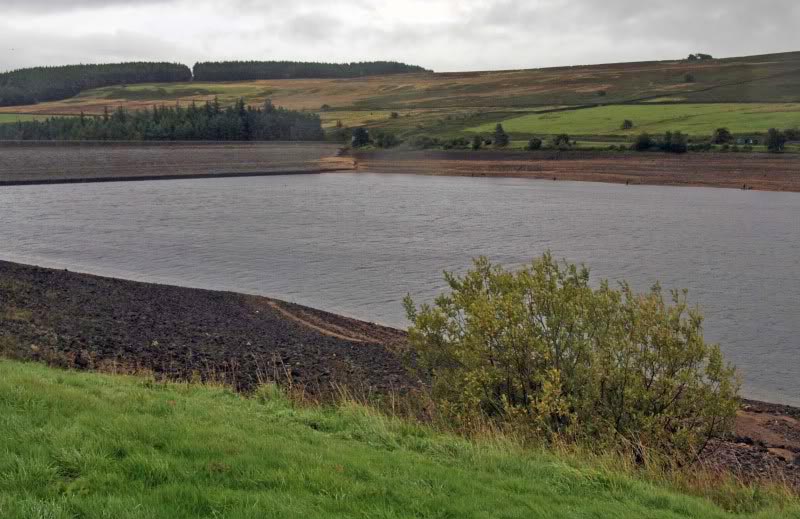 The weekend saw the last ‘official’ angling mission of the year for the Roundhay Flyfishers, a trip to Leighton Reservoir near Masham.  The poor forecast made for a poor turnout, and I myself came very close to pulling the duvet back over my head on Sunday morning. I decided to make the effort though, having not had my string pulled for a while. Plus,  our newest member Matthew was hoping to join us for the day. Matthew had contacted me after reading the blog with a view to possibly joining the Roundhay Flyfishers, and had already attended a meeting in our secret bunker in Shadwell earlier in the week. Despite the intense profanity, poor quality jokes and a run-in with some girl scouts, he’d decided to come back for more.

I’d had a vague notion of getting to  Leighton for 8am, but arrived at the car park for just after 11am having not set off until 10. I can’t remember the last time I was on-time for anything. The weather was pretty grim to say the least,  frequent rain showers, low cloud and strong winds but the reservoir looked to be half empty (yeah, that’s how I see the world). It’s been raining a lot recently…who’s stealing all our rain? 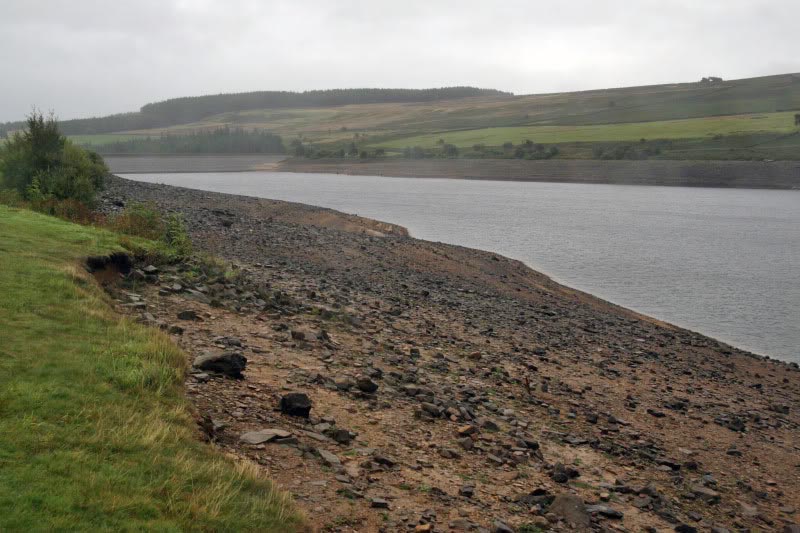 I gingerly walked up to the dam end, my felt soles struggling with the wet grass and mud, and met new guy Matthew coming the other way, trying to escape the wind! He advised me that a couple of fish had been caught, but I’d not missed out on anything special as sport was slow. Phew, no need to feel guilty about eating bacon sandwiches and watching cartoons instead of getting ready then.

I met the others at the dam, and their thousand-yard-stares told me that the wind and rain was taking its toll. I cannot be doing with a right to left gale when I’m trying to cast so I walked over the dam and plotted up on the other shore where there was less chance of me propelling a long-shank lure into the back of my head at transonic velocity. 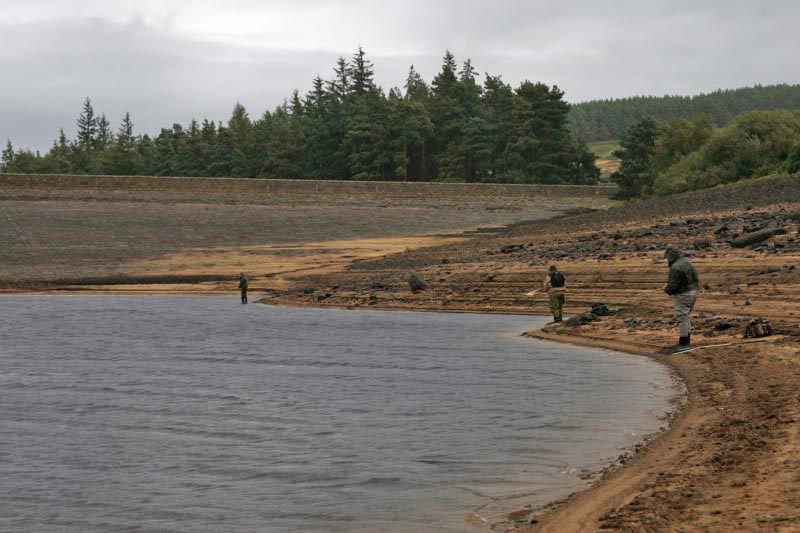 This was no time for delicacy, I put up a 10 foot rod, my trusty 13 year old Dragonfly Concept reel/Hardy intermediate line combo, and a pearly fritz lure with white marabou tail. Within 10 minutes I’d banked a nice rainbow, not far off 3lb, and he went straight in my bass bag. More about him later…

Happy to have avoided a blank, I sat down and ate most of my cheese and salami sandwiches (a combination I highly recommend). By the time I’d washed these down with a brew, the rest of the gang had walked over the dam to join me in order to escape the murderous headwind. It proved to be a good move. Our newest member was soon into a fish and he had the added bonus of catching it on a floating line and nymph setup  – God knows how he had the patience in those conditions. Here we see Matthew’s fish making a rapid departure from his cold wet hands! 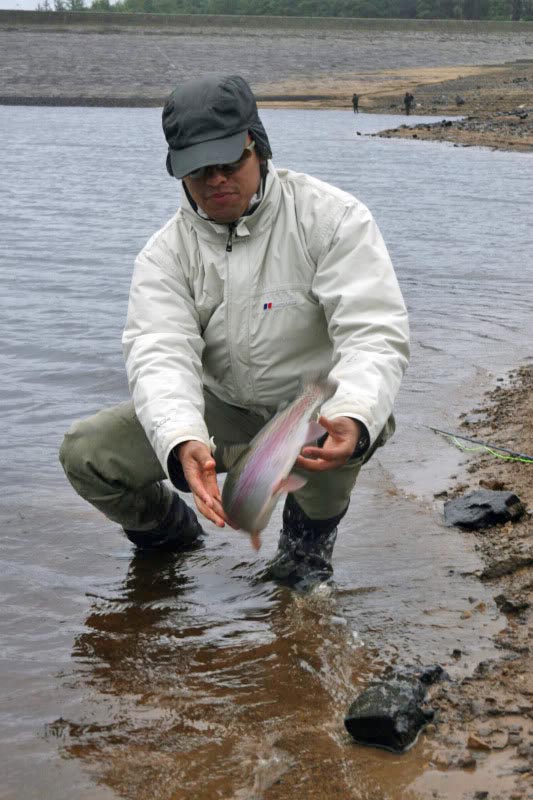 I switched from my garish pearly white fritz goldhead to a garish green fritz goldhead and immediately missed a fish, then managed to hook and land another, roughly 2 and a half pounds. Half an hour later, fishing the same spot, a trout nailed my lure the moment it hit the water but pinged off and the bites dried up. Meanwhile, fellow RFF’er Andy was having plenty of action along the bank from me.

Naturally I trotted over to capture some hardcore rod bending action

‘Twas a good fish too dear reader, a cracking blue of about 4lb!

Moving along the bank from Andy I started fishing with a Dawson’s Olive and lo it came to pass I caught a fish on my 1st cast with it! As with many other takes I had that day, the fish seemed to make exploratory nips at the tail before properly going in for the kill.  The scene was set, over the next couple of hours I landed 3 more fish, all between 2 and 3 lbs and lost/missed several more. Moving along the bank and/or changing fly always seemed to generate some action. I have to say all the fish we caught at Leighton were fit, strong and solid with muscle (just like me, obviously) and could give Midlands reservoir fish a run for their money, literally.

I would probably have caught several more fish if I’d stayed but my back was playing up and I fancied getting home for some tea (oh dear God I’m getting old) . On my way back to the car I took some more photos, becoming strangely fascinated with the angles and curves of this inflow 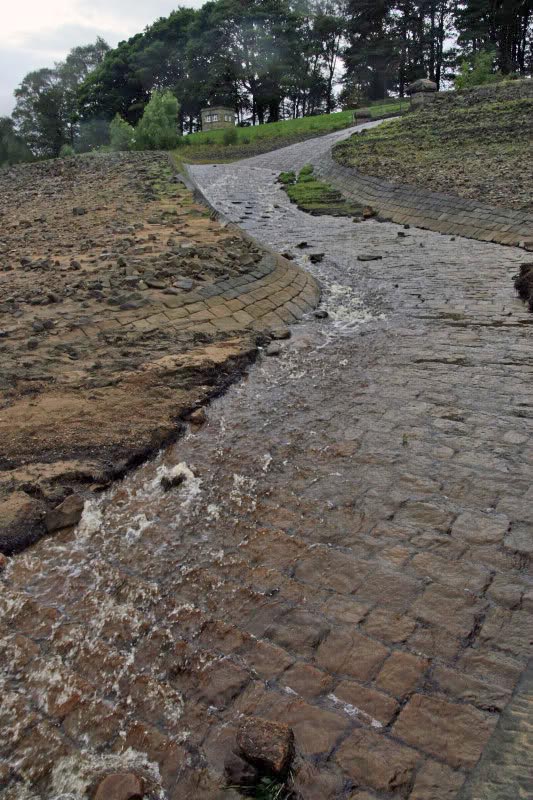 And generally surprised at the lack of water! 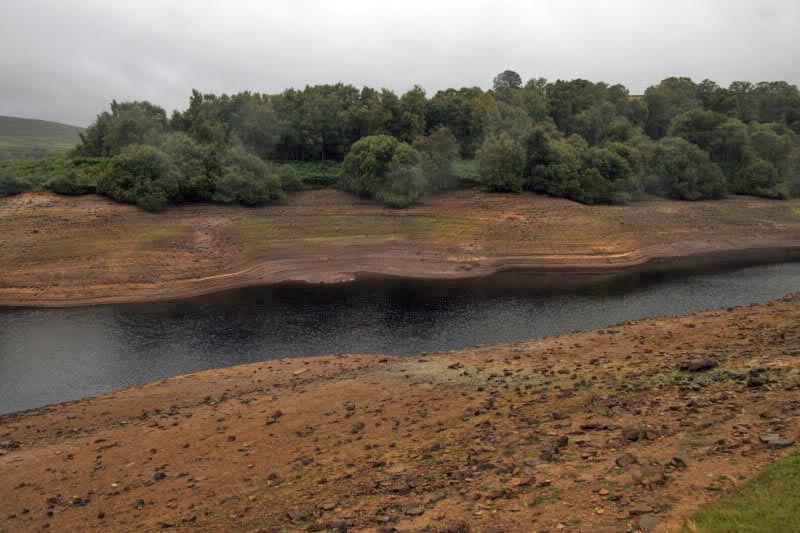 So yeah, back to my old friend the trout. When I got home I couldn’t face the admin, so I cheekily called in to my local Asian restaurant and paid them to make me a spicy trout dish, cooked over charcoal. Rice, poppadums, pickles and a bottle of Cobra thrown in for good measure. I don’t often kill fish, because killing a living creature doesn’t make me feel good and it can weigh on my mind…but this was definitely a justifiable administration of the priest!