Decided to drag my manflu ridden self out of the flat and into the fresh air today, so headed down to the river. I got a £4 day-ticket for the Leeds ACA stretch on the Wharfe at Pool, fancying a change from the beat I normally fish via Yorkshire Anglers. I used to fish the stretch just below the viaduct many years ago, but that’s been sold off to another club now so I wasn’t sure where to start fishing today.

I spent 20 minutes or so fishing just upstream of the bridge. In retrospect I think maybe my day-ticket only covers the opposite bank, but seeing as back of my ticket only mention rules for Knotford lagoon I ain’t sure) 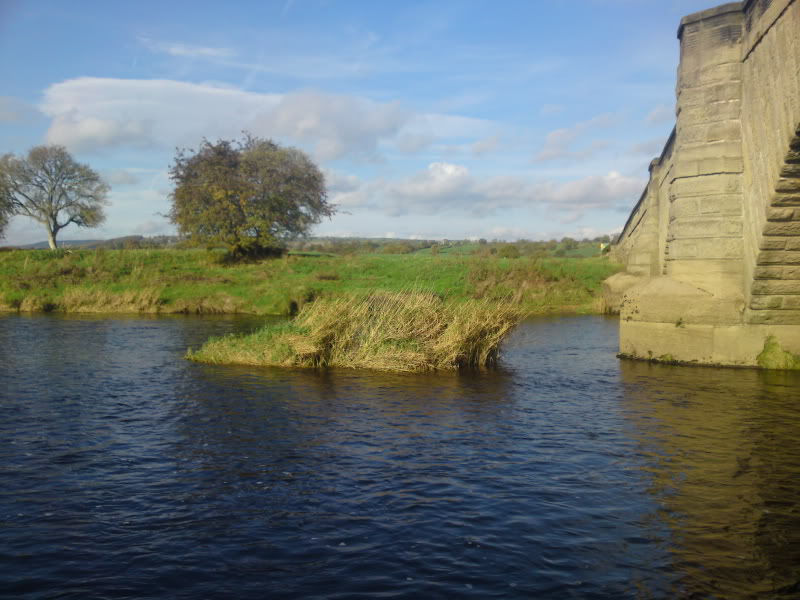 Nothing doing, and an uneasy feeling I may have been poaching, I crossed over the bridge and dropped into the field then walked about half a mile downstream to where the river splits in two around a big island. 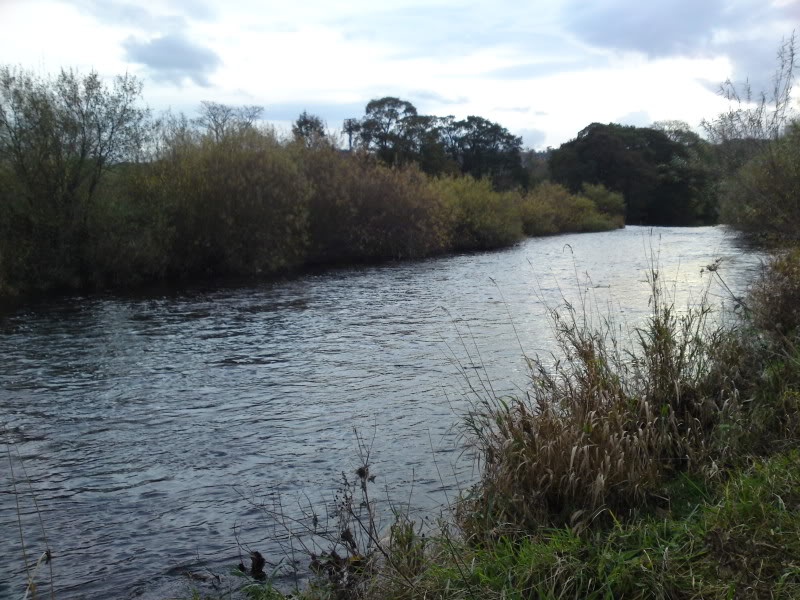 I fished through this stretch with a team of 3 Czech nymphs on a 9ft leader and got not a single offer. There was also someone flying a large RC biplane nearby, and as it buzzed the field next to me the film North by Northwest came to mind! I did find this curious little grub on my waders…any ideas? 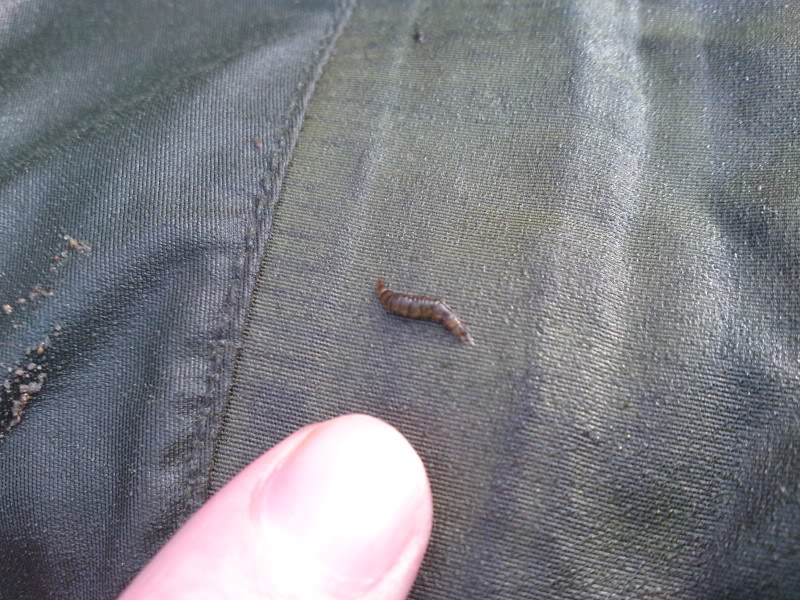 I moved downstream and fished another likely looking spot but again, not a single offer. Maybe I should’ve got up earlier? 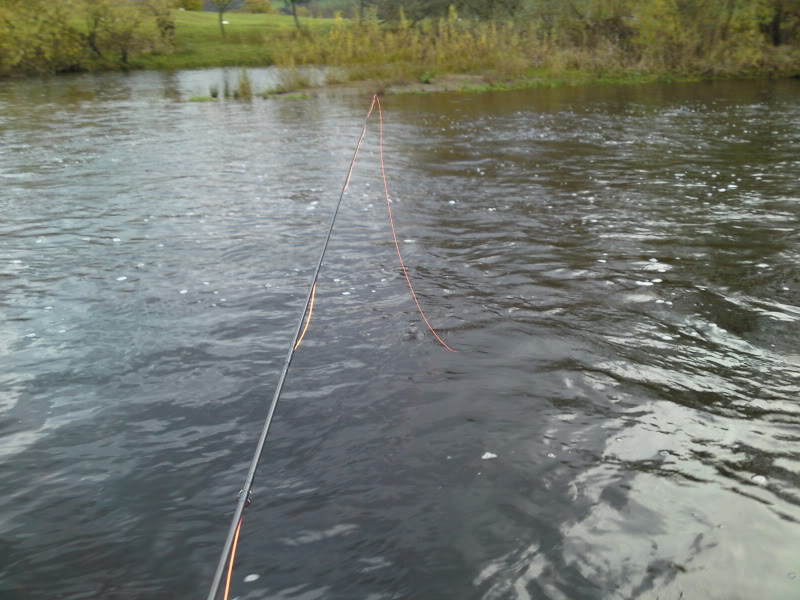 I spent the last half hour fishing a nice piece of quite fast water just down from the bridge still without any luck. It’s behind me… 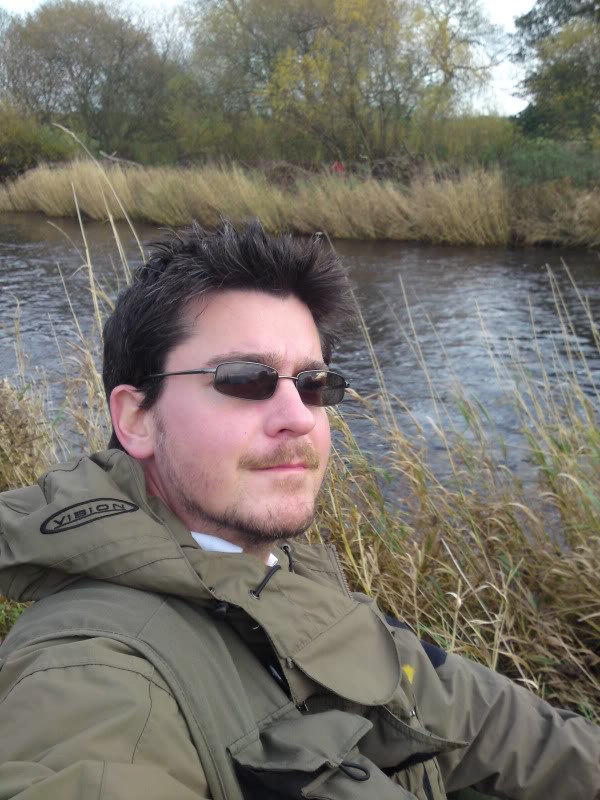 Not a very successful couple of hours but at least I got some sunshine! AND…I nearly forgot to mention, I saw a weasel running along the river bank. I think it was anyway…dark brown, with white chest, but didn’t see the tail well enough to rule out it being a stoat. One day, I hope to see a nice beaver on the riverbank….