Saturday night I mulled over going fishing on Sunday. Sunday morning, I mulled over going fishing. Finally, after breakfast, I could mull no more and decided to get out there! After seeing Matt’s pike pictures I decided said fish had to at least be a possibility during my outing so it had to be Raygill. I’ve been a few times now, and although I’ve yet to catch one of them, I know there are pike in both lakes.

Like death and taxes, certain things about a trip to Raygill are inevitable and this visit was no exception. As always, I managed to take a wrong turn on my way up but upon arrival got excited at the prospect of catching either a massive pike or a huuuuge trout. Then, upon viewing the bottom lake, a slight sinking feeling as I realise that it’s busy as ever. It can get crowded on Quarry lake and you don’t get much solitude when it’s like that. It was however quite cool to see the new viewing tank next to the ‘lodge’! 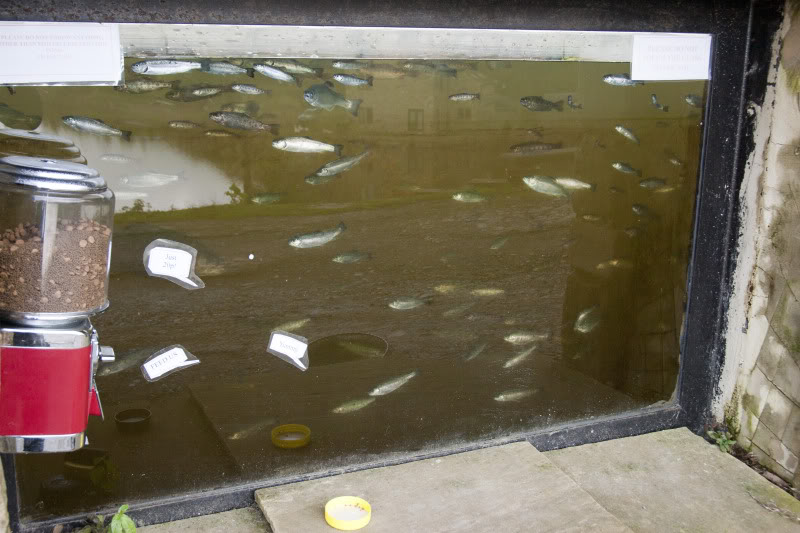 Not quite ready to fish shoulder to shoulder with fellow human beings (I am a misanthrope, I hold my hands up) I headed up to Delf Lake via the exciting animal hunt where I saw a stoat, a hippo, a hyena and a badger to name but a few. Sadly, no beaver.

Up on Delf there was only one other angler. I walked round the far side and tackled up my 9ft #9 Guideline LPX rod with an intermediate line and snapped on a 7 inch pike fly which looks like a the ungodly offspring of a perch and a roach with big googly eyes. It has a slightly weighted head and long pulsating tail which creates lateral ‘wiggle’ and an exaggerated sink and draw movement. For the love of God, how could a predator turn this baby down? I began fishing with a good feeling – look at those reeds, you know as well as I do there HAS to be a pike skulking off there.

2nd cast and I’m in but it’s a lunatic rainbow trout. Wtf? Are you kidding me?! I reached down to unhook him expecting to feel sick at the state he would surely be in, that fly is tied on some serious ironmongery. But no, he was barely hooked – the fly came out as soon as I touched it leaving no sign of damage. Happy trails greedy fish!

I fished in front of the weeds and all around them. I pegged it out into the middle. I ran it along the margins.  I jerked, I twitched, I paused, I stripped, I yanked and tugged. Nothing 🙁  Eventually I decided to put up my other rod with a small, scruffy black Shipmans with a pearl rib and have a bash at some trout rising in front of me.   You can do a lot worse than adhere to the old adage ‘small and black’ when fish are feeding at the surface but your not sure what they’re taking.  I dropped the emerger directly into the rings of a recent rise (actually, you should by rights drop it a couple of feet away, in the direction you think the fish is moving) and ‘gloop’, a fish took it straight away!  It fought very well, but sadly not one of Delf’s specimen trout at 2lbs. I wasn’t complaining though! 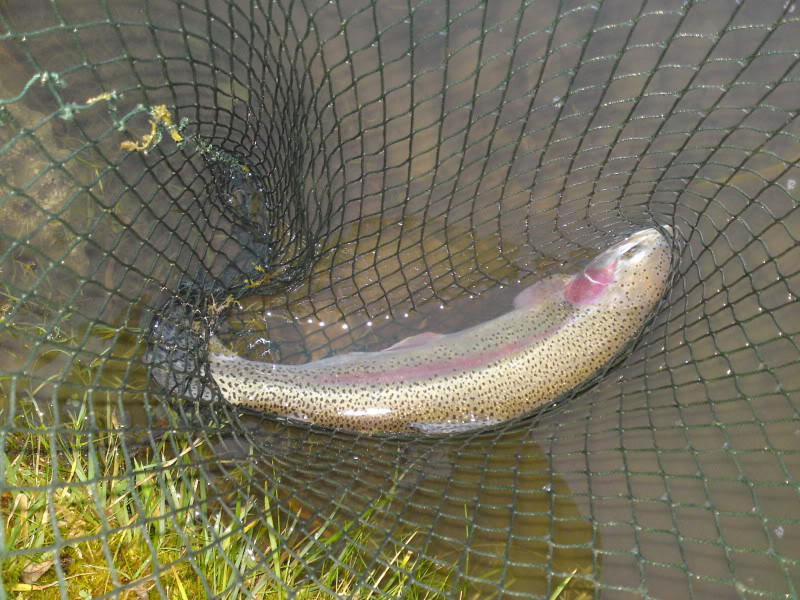 I fished for another half an hour but no more offers so headed back down to Quarry Lake (if for no other reason than to move around and get warm!). I chipped down the slope to fish the nearest bank and once again had a bash with the pike rod. 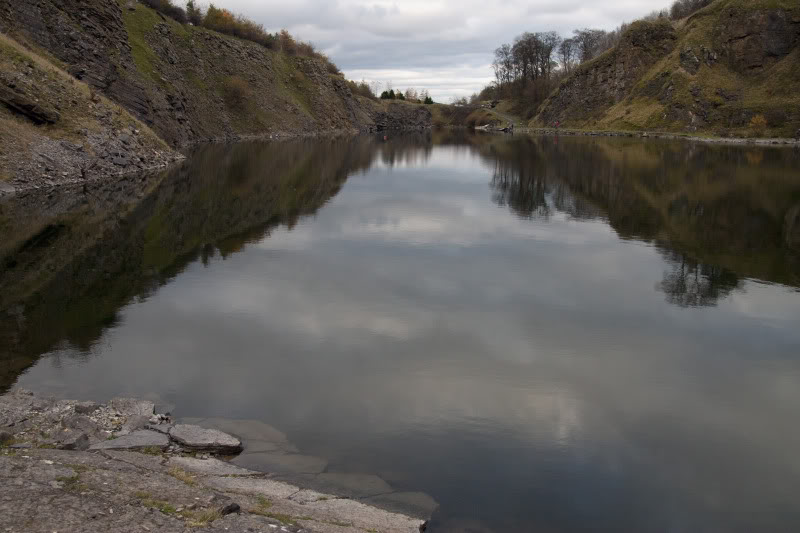 I let it sink to the bottom several times and twitched and pulled with various retrieves but alas there were to be no pike for me on this occasion. Fact is though, that lake is rammed with fish, and you’re up against it trying to tempt them with an artificial.

I finished off on the main bank, half-heartedly chucking out lures but I’d had enough by then, and it was chuffin’ cold so I called back in at the lodge to settle up and have a chat with the owner. It was good to speak with a fishery manager that has such genuine concern (and knowledge) about the welfare of his fish AND actively encourages the presence of pike. Contrary to popular belief, they don’t go round hoovering up anything that swims (pike that is, not fishery managers). They’re seemingly quite lazy creatures who prefer to pick off the dead and dying – an easy meal in essence. I’ve never understood why pike get such a bad press. Go catch one, treat it with utmost respect (yeah, I know, despite the fact you’ve just dragged it round a lake with a hook in its mouth), make sure you handle with wet hands, unhook in the water where possible and just look at it and appreciate the result of over 20 million years of evolution!