My preparation for this outing was sub-standard, to say the least. Spicy hot curry the night before, about 4 hours sleep and the unfortunate acquisition of a stinking cold all made for a tired boy. Nevertheless I managed to arrive at Wykeham (about 60 miles drive from the heavily defended Yorkshireflyfishing underground bunker) for around 10:15, bouncing with enthusiasm. Kev and Andy had been there a good hour already, fishing the pike lake with big, brutal pike flies. They’d caught nowt, but I felt confident we were going to net some predators.

We worked along the bank until I struck out and went combat fishing amongst some reeds. Casting was difficult, I was using a catapult-cum-single haul method to get my intermediate line with buoyant fly parallel to the reed bank. I felt sure this was pike paradise. 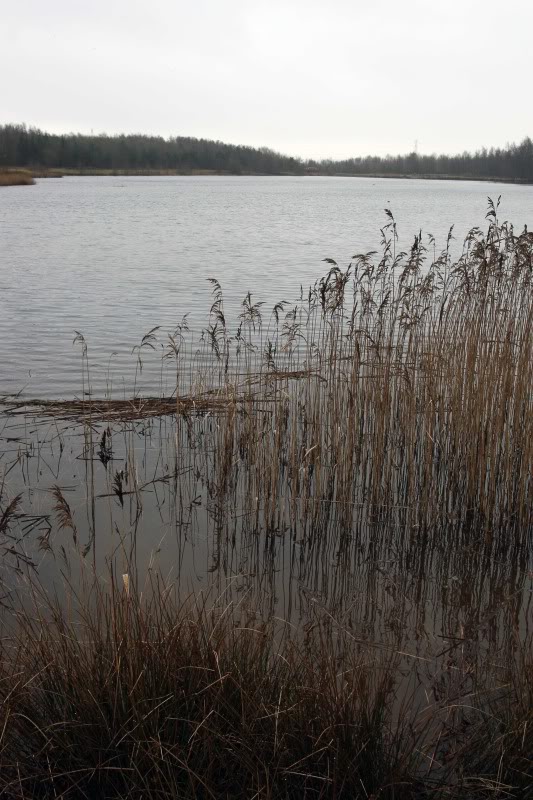 Like countless other times in my life, I was straight-up wrong. Or maybe the pike were there but switched off. Yeah, perhaps that was it. 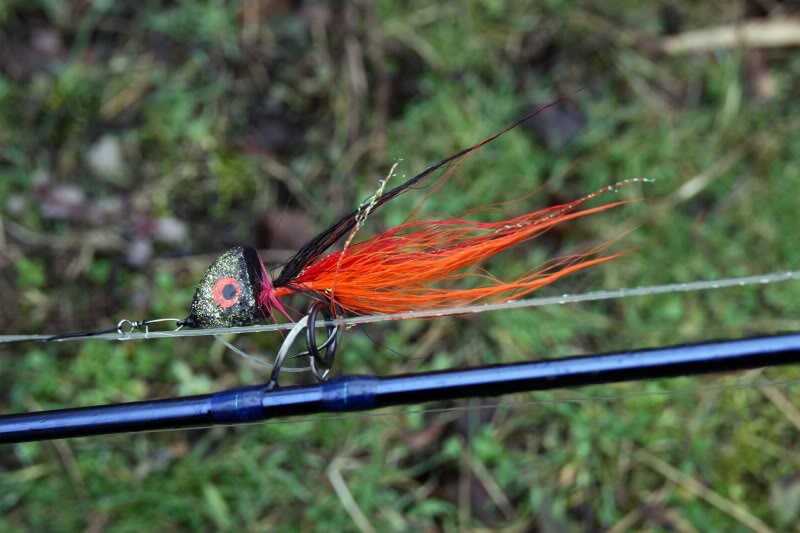 After another hour or 2 of inactivity we piled onto the trout lake to try our luck with another species – losing my favourite goggle-eyed pike fly to a submerged tree/dead body/60lb pike had been the final straw for me.

Kev quickly landed 3  rainbows and a nice blue for good measure. There’s no avoiding the fact that Kevin is a damn good angler! Myself and Andy didn’t catch anything for quite some time until I stuck on a weighted damsel and pegged it out towards the horizon. Within a split second of the fly hitting the water, I felt a good solid tug. All hell broke loose! My 16 year old Shakespeare Graflite screamed like a rabbit with its head in a vice, and my entire £4 mill-end flyline was out the tip ring closely followed by several yards of backing. Backing that hadn’t seen the light of day for 15 years!! Luckily everything held together and I landed a cracking brown trout. It fought like something twice its size! 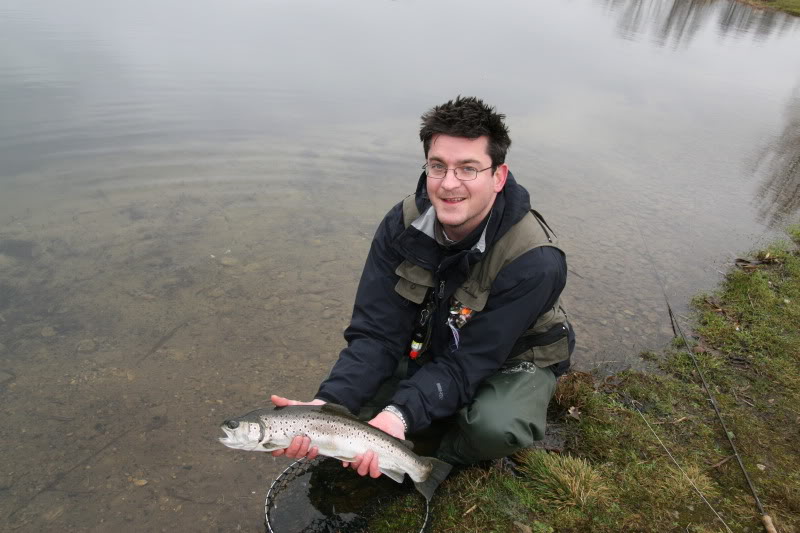 Half an hour later Andy hooked and landed a perfectly marked rainbow on a silver ribbed nymph. Success, none of us had blanked! 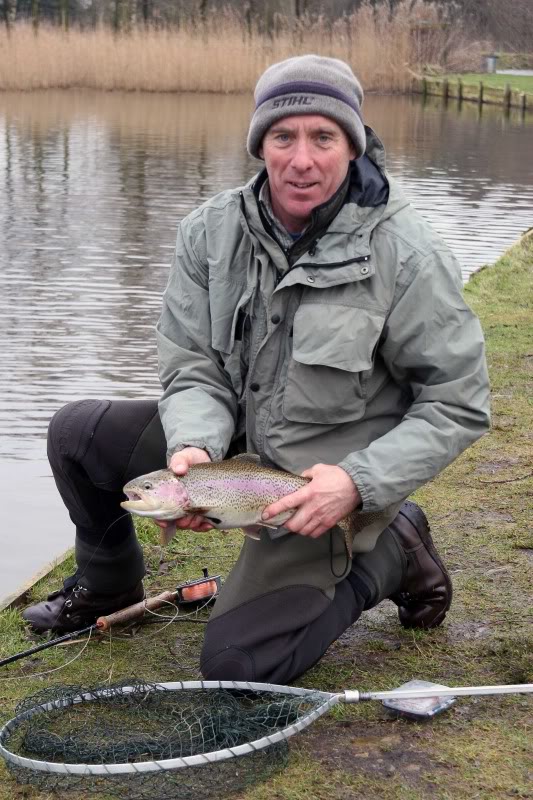 Things went quiet again, so I upped sticks and moved along to a different bay. Fish were moving tight in to the bank but experience told me they were uncatchable frolickers so I concentrated on deeper water. However, Kevin was insistent I should have a crack at them so eventually I dropped a Czech nymph close into the bank in question – yes, that’s right, a Czech nymph on a still water! Think about it though, heavyweight but slim pattern…very useful for stalking small stillwaters. And lo, it came to pass that I did hook 5 fish and land 2 in this shallow corner. Kev and Andy lurked behind trees like shy doggers, almost directly above this ‘pod’ of fish and provided running commentary on exactly where the fish were and when they were following etc.  Eventually I lost my entire cast in a silver birch and gave up,  but by now the takes had dried up anyway and despite pinpoint casting neither Andy or Kev could get any further fish from said ‘pod’. 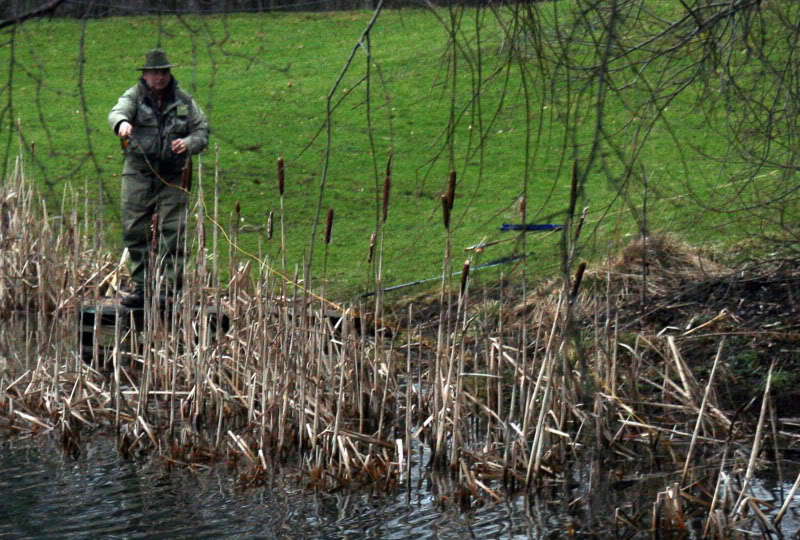 A grand day out though. As always the trout were excellent quality, Wykham fish always fight like stink and look the business.