Members of Yorkshire Anglers will be pleased to hear that Beaverdyke and John O’Gaunts have now been stocked for the start of the season. We spent a pleasant morning carrying buckets full of precious cargo down to the water and into their new home under the Spring sunshine. 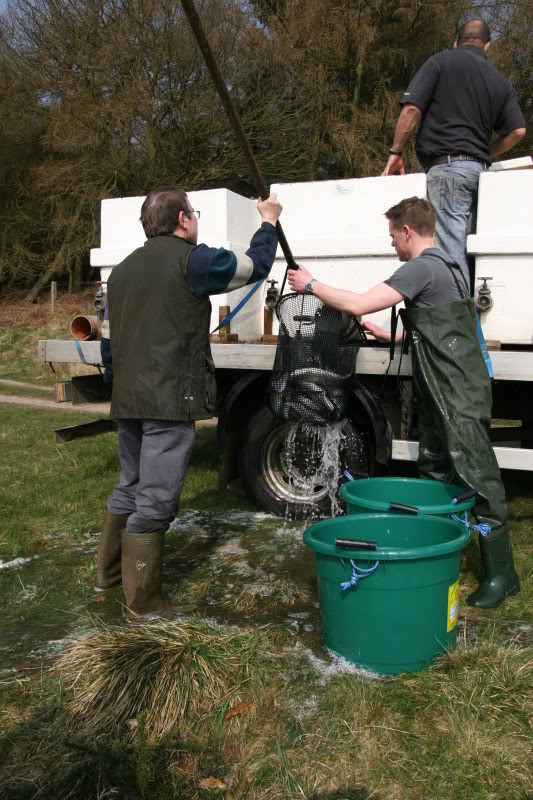 This one was a good size! 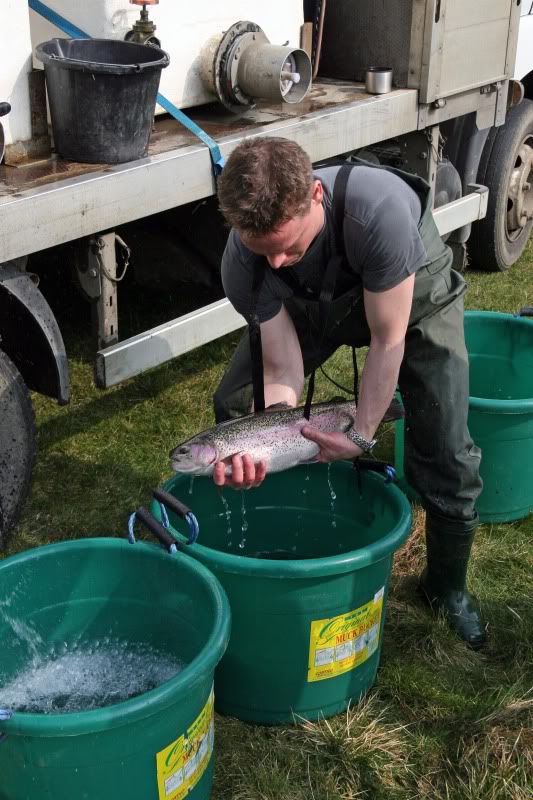 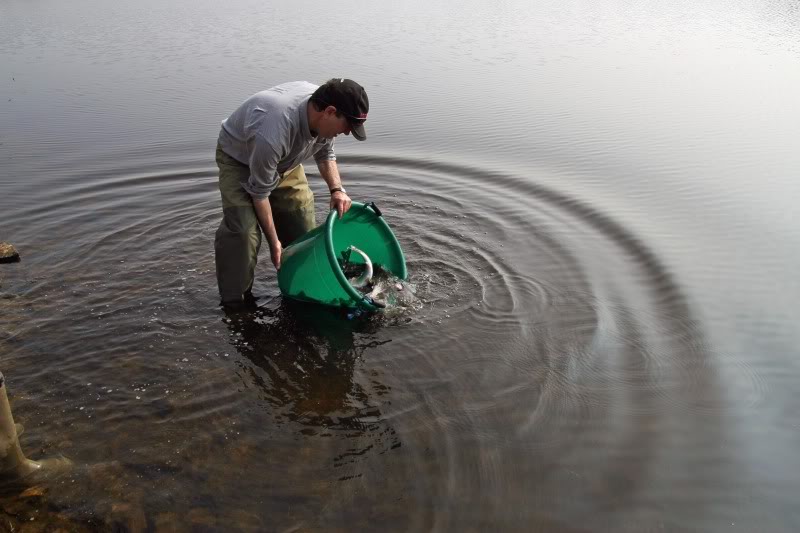 A good number of fish also went into John O’Gaunts which had already had a few anglers on. The water levels are a little low for this time of year on both reservoirs but it has been an extremely dry March. 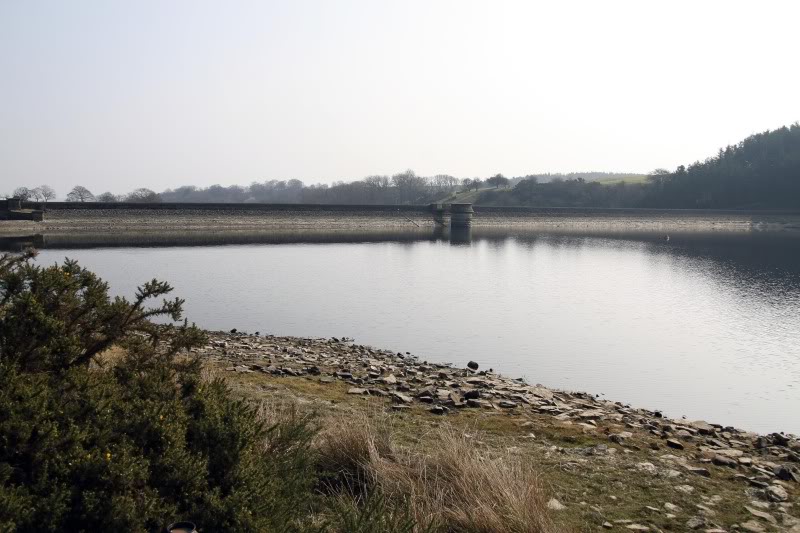 I also swung by Fewston and Swinsty to see how the water levels were, and get a general feel for what was going down. There were surprisingly few anglers out to say it was opening day….I recall queuing for tickets at 7:30 in the morning on opening day 15 years ago!

Again, Swinsty seemed quite low for the time of year and I didn’t see any anglers but to be fair I only visited one side. 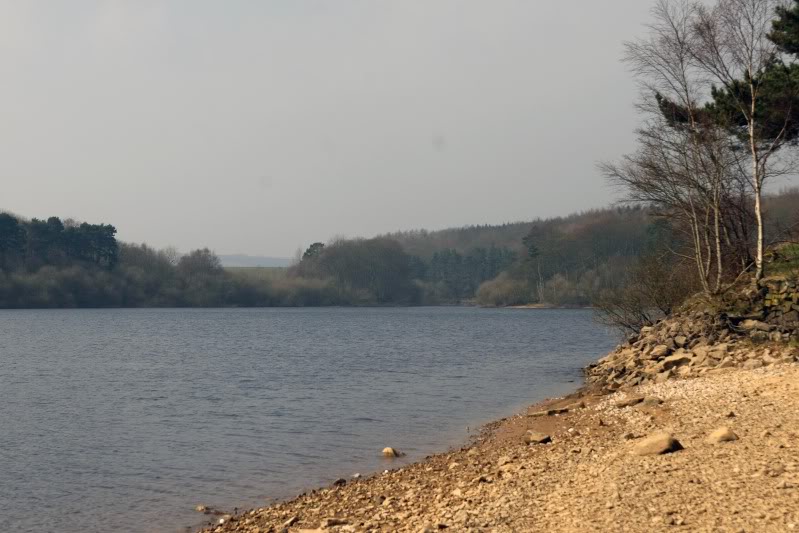 Fewston was still overflowing (just). There were 3 or four anglers in view and I was fortunate enough to witness a rainbow being caught whilst I was there 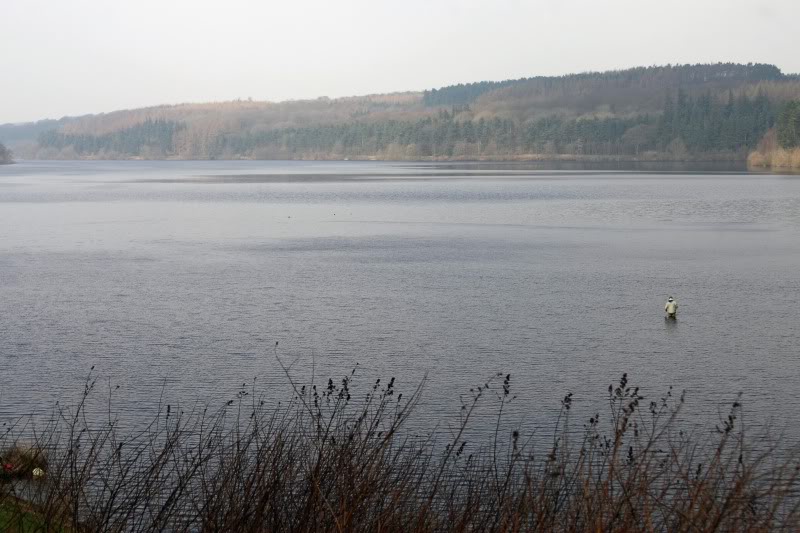 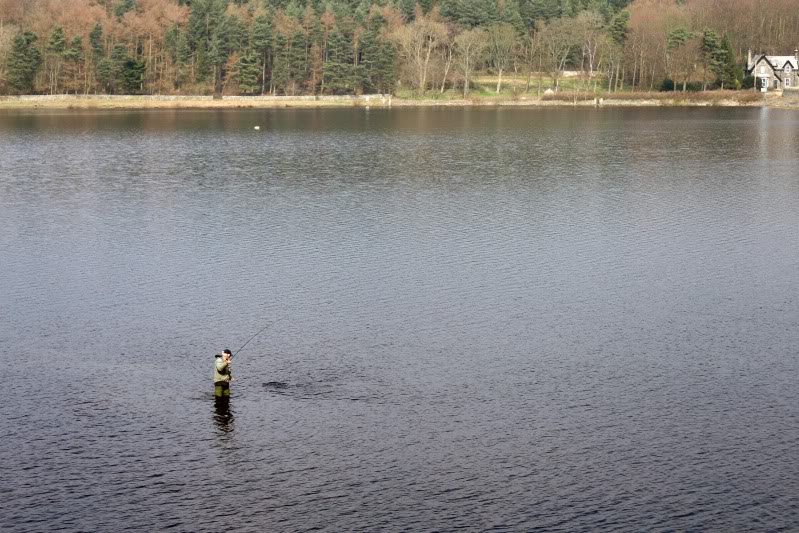 I’ve not fished either of these big waters for quite some years, there’s not much point nowadays when I can get all the reservoir fishing I need at Beaverdyke. It’s a shame really, I used to fish Swinsty a lot in my younger days. Dear me,  my younger days….I’m getting old.

Interestingly, upon returning to Yorkshireflyfishing’s command and control centre I ended up talking to a stranger in the local sandwich shop who, it transpires,  used to be a fanatical pike angler. Despite being very successful, he gave it all up after becoming disillusioned with the suffering he was inflicting on fish and now spends a lot of his time creating ponds as a habitat for wildlife. I wouldn’t be dramatically surprised if one day I have a similar turning point in my life, albeit many years from now. We’ll see…