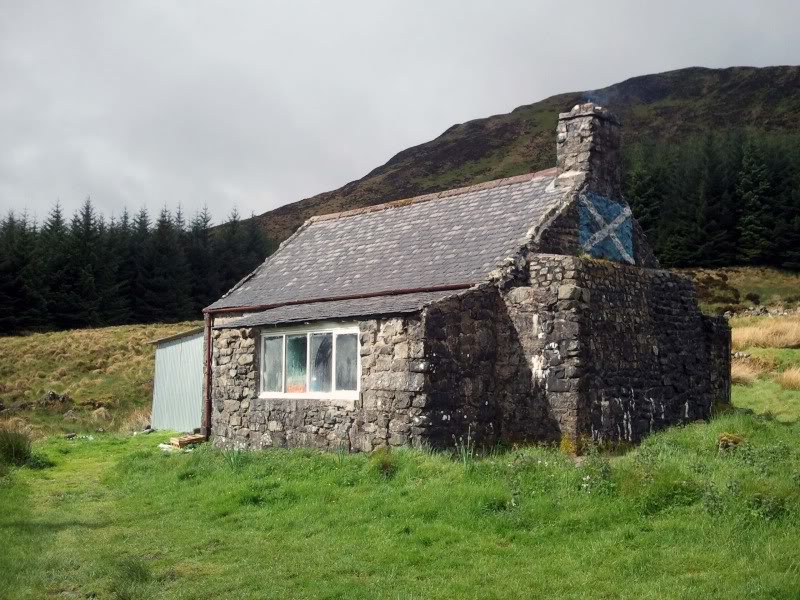 Just had an excellent weekend in Scotland, making use of one of the many bothies available tartan-side as well as doing a spot of fishing. I won’t tell you exactly where we went, sometimes naming places on the dirty interweb brings unsustainable pressure on remote places. It’ll take just enough effort to work out where we went to deter wrong ‘uns from turning up – I hope!

The four of us set off for Scotland at the un-Godly hour of 7:30am on Saturday, making a brief stop off to collect a substantial pile of firewood. My car, the trusty battlewagon that it is, was carrying more than its own bodyweight in outdoor equipment, fishing tackle, provisions and hairy-arsed anglers. Still, we made pretty good time all things considered, and what’s more, the weather had held out…. 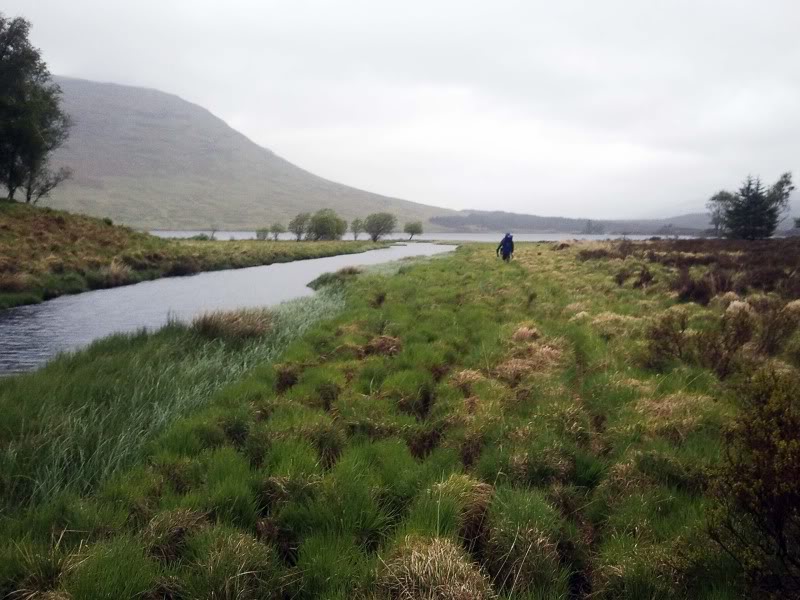 …until we got near to the loch, at which point the rain began, and didn’t stop until next morning. This, coupled with the ferocious winds made the fishing very difficult.  In fact everything was difficult! The terrain was ankle breaking stuff all the way round the loch making progress very slow and arduous.

The first session was unproductive. No sign of fish and certainly no offers. We reconvened at base camp to smoke wet cigs and wolf down soggy sandwiches then returned to the water with marginally renewed vigour. This time Stu struck gold, or rather brown, as a substantial wild brownie zoomed off with his claret bumble in its tail scissors. I netted the thing with great difficulty as my scoop net was far too small for a big fish like this. Once the fly was out I kindly offered to take a couple of pictures before the fish was returned. What followed was accidental video footage in place of stills whilst I struggled to keep my cameraphone out of the rain. I have received not one single word of thanks for these ill-fated endeavours which nevertheless resulted in professional quality results.

A further hour or so of fishing brought no rewards and by now we were cold to the bone so we headed back to the bothy for much needed respite from the elements. Although by its very nature very, very basic, the bothy became an instant home from home once the wood burning stove got going, all our worldly possessions were hung up to dry, and 16 burgers consumed. 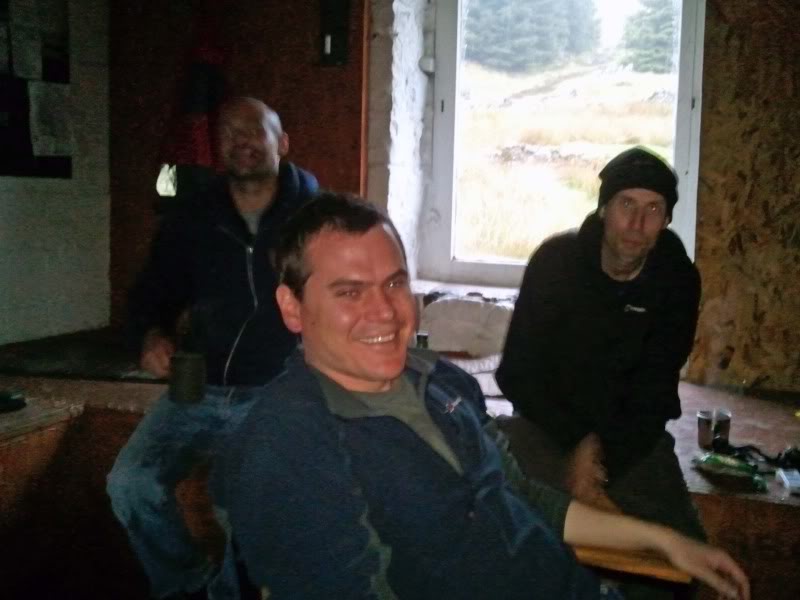 Sadly, the much wished for group of young female hikers never turned up to keep us company so we had to make do with our own company and whiskey fuelled ghost stories that made going outside to pee a terrifying prospect.  What a cracking little bothy though, with access to a good loch with big fish! We made sure that upon leaving the next day we took down all the rubbish left by previous visitors.