Yes, this is still a flyfishing blog but I’ve not done any fishing so until I do, all I can do us tell you about other shit I’ve been up to.

A friend I’ve not seen for some considerable time decided to organise a walking mission for the last Sunday in January, and that worked out just fine for me seeing as I’m trying to get outdoors as much as possible to keep fit and stave off the the crushing misery of winter. We eventually settled on a classic Dales route from Horton in Ribblesdale to Pen Y Ghent in the Dales.  Meeting at the legendary Pen Y Ghent cafe proved fruit(cake)less as it was shut despite the healthy amount of Sunday walkers in the environs

It didn’t take long before we hit the snowline and the scenery looked fantastic with a liberal coating of the white stuff. 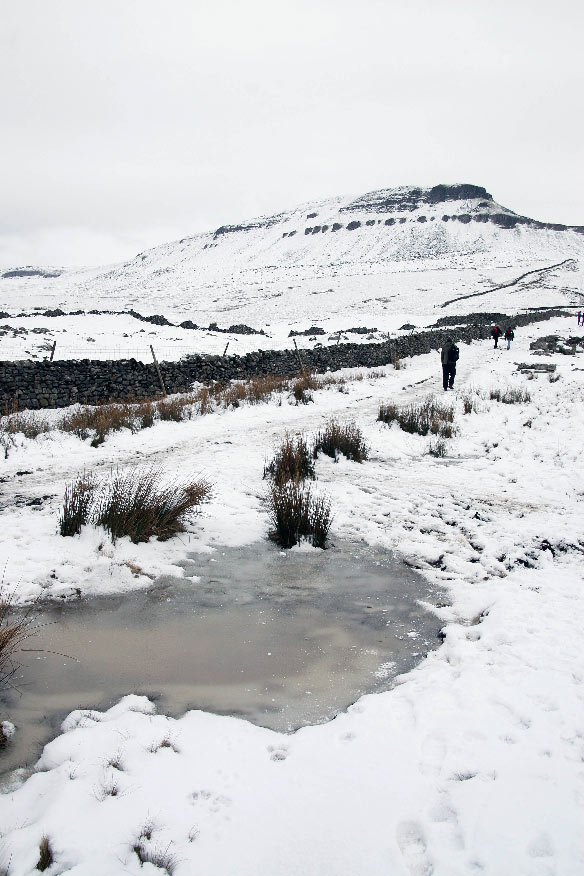 It was a steady walk up but relatively easy going as long as you stayed off the icy bits of the path which were tricky to navigate. 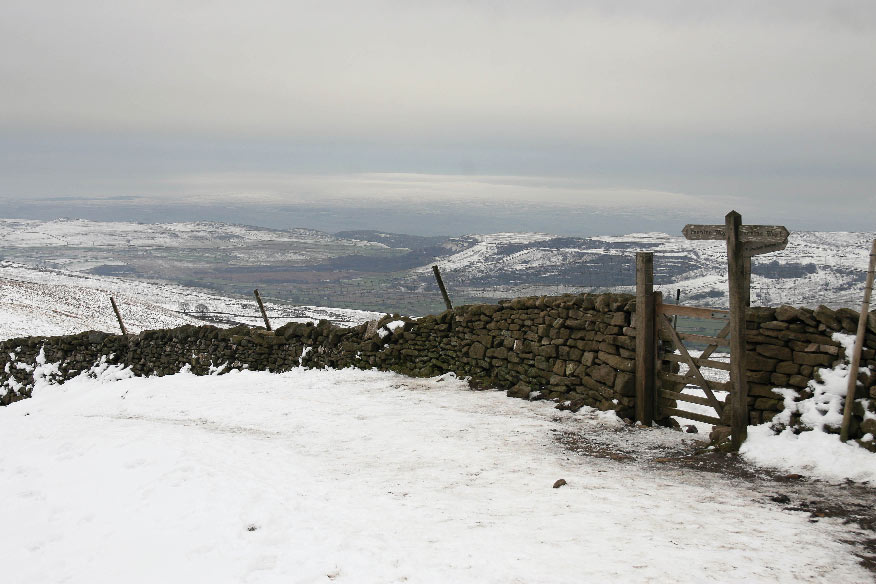 We stopped at the Pennine Way ‘crossroads’ for a quick cup of tea then set off on the final section up to the summit, and this is where the walk got a little dicey! The rocky scramble on Pen Y Ghent that I’m sure many of you have taken gets very dodgy when all the rocks are covered in ice and it’s a case of working out the easiest route you can without going arse over tit and off the edge!

The summit was in the cloud and snow had drifted up against the dry stone wall. We stopped for a few photos and a hastily eaten sandwich and another cup of tea. 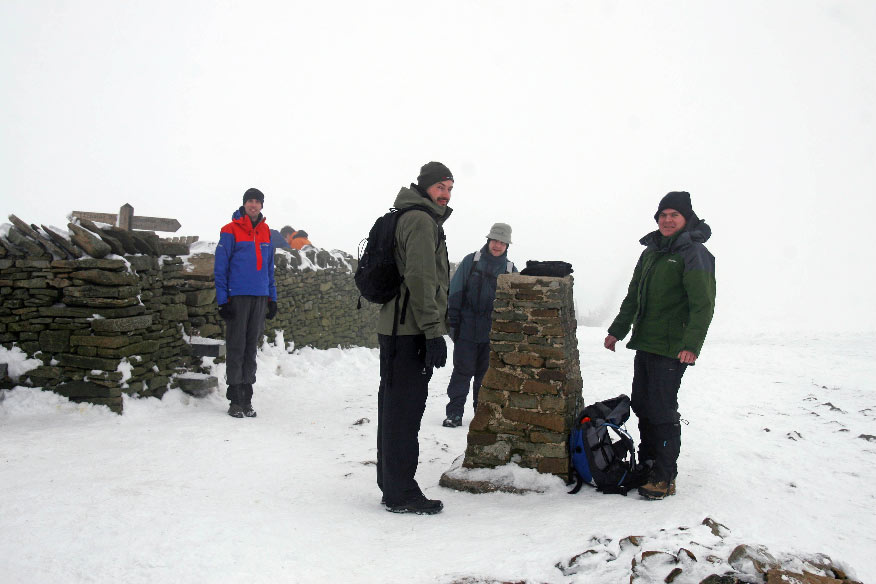 The descent back down into Horton is straightforward, the picture below was taken looking back at the Southern flank of Pen Y Ghent. Grand! 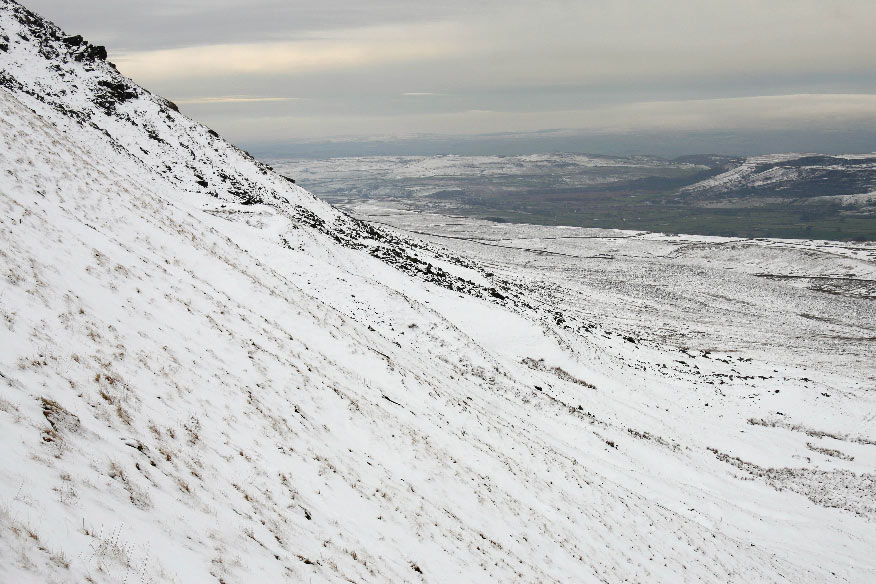 Before taking the final leg back to the car park we stopped off at the famous Hull Pot to stand around peering into its depths. 60ft deep and yet, looking at photos in the local pub, sometimes gets full to the brim with water (or watter as we say oooop North yer bastards). 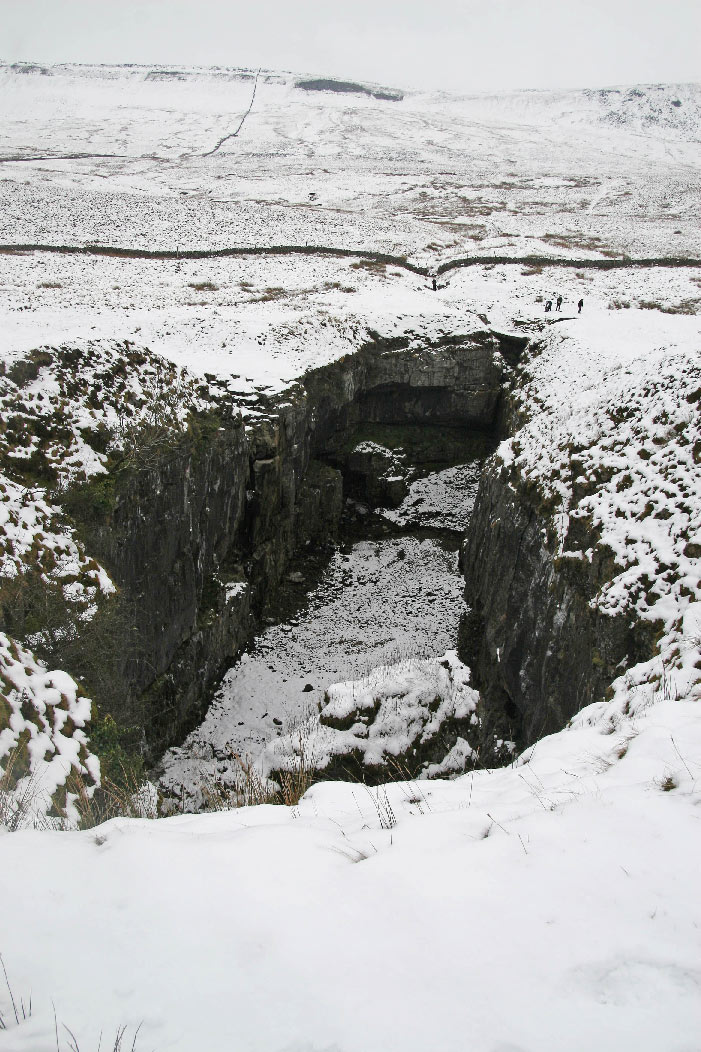 And then we all went home for tea, as they say!