This Parachute Adams variant  WILL catch you fish, providing you use it at the right place at the right time..naturally :-).  I’ve caught a sh*tload of rainbows on it at Beaver Dyke but also had plenty of success with it on other rainbow waters. Not so good with the browns, but still no slouch. This or a Shipmans are my ‘go to’ flies when the fish are taking something in the surface.

1) Catch in your thread 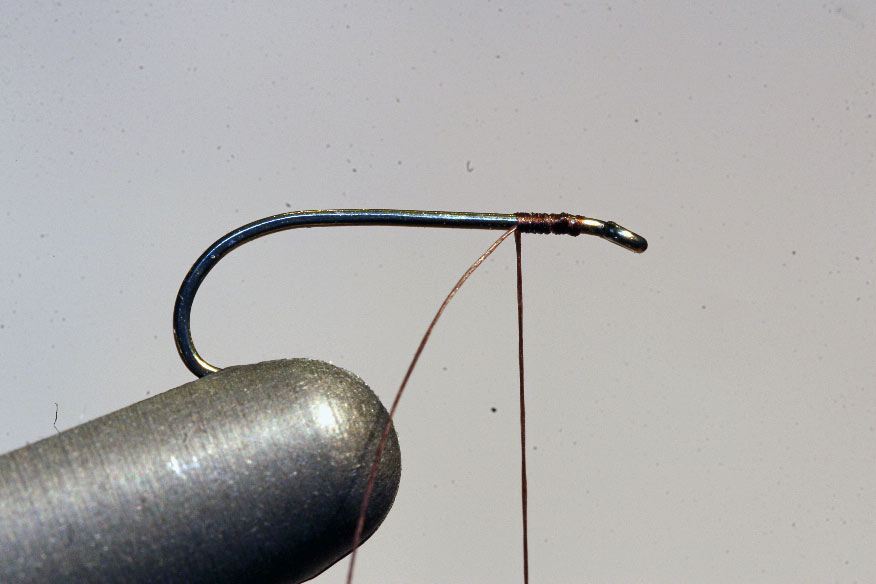 2) Take about 8 inches of Antron and bring one end up to the other to ‘double up’. This gives you a thicker shaft with plenty of length to hold onto whilst working your hackle later.  Catch it in and lay down a few locking turns. 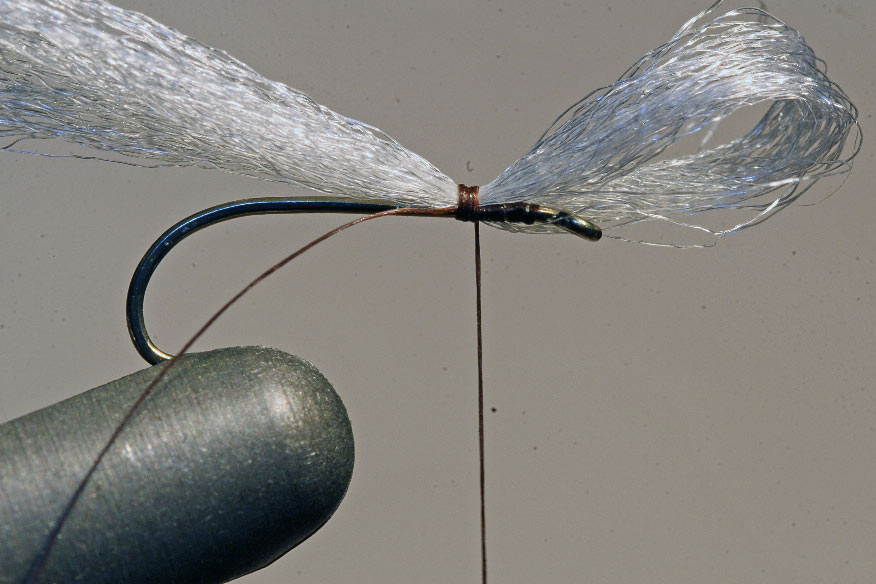 3) Trim off excess and form your vertical wing post. I do this by holding the Antron up whilst laying thread either side then running a few turns of thread that go around post and hook shank. Basically, try keep it neat but make sure your wing post can stand up without your support, it’ll make life easier for you. 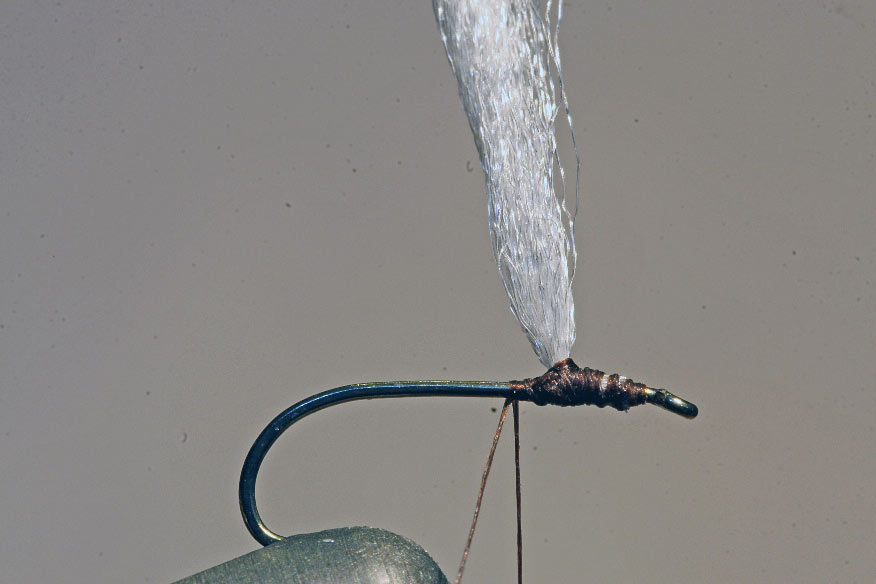 4) Take the thread down to just before the bend, catching in some grizzle fibres to make a tail. You might find it easier to do this before doing the wingpost. Hmm. Maybe I should’ve mentioned that to you earlier! Aah you’ll be reet. 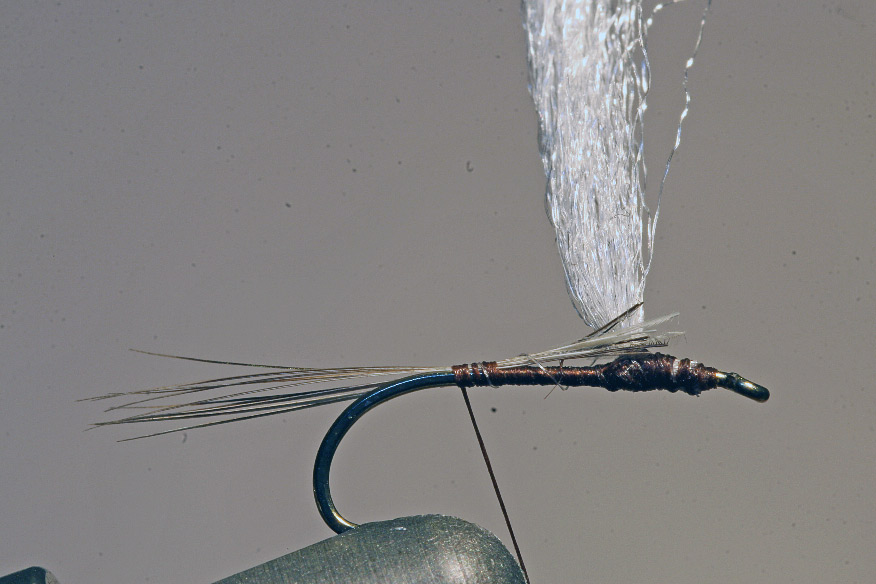 5) Run a small amount of the fine dubbing onto your thread. 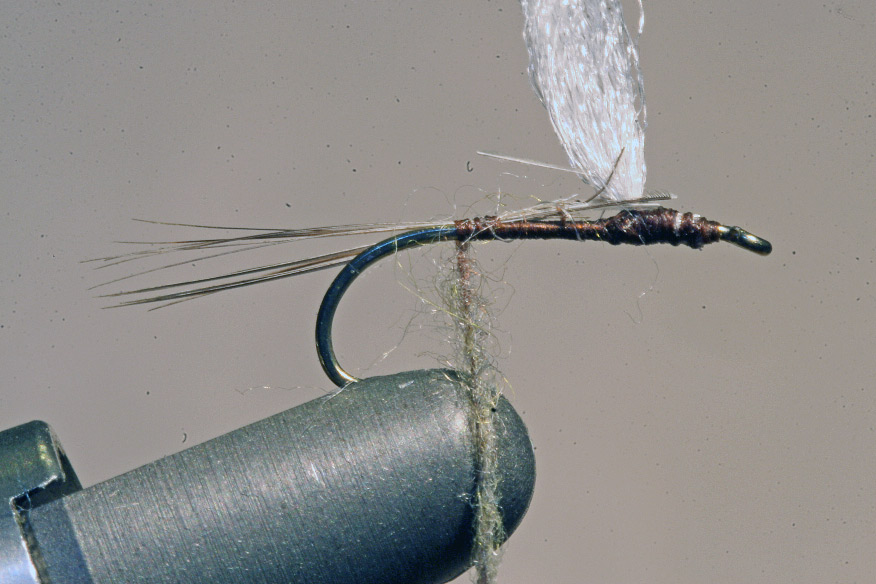 6) Take the dubbing up to the wingpost then catch in your hackle. Ok, 2 important things here:

a) Choose a feather that has correctly sized hackles. Offer it up to the fly in advance and ensure that fibres don’t go much further than the bend.

b) Before tying the hackle in strip away some fibres at the base so that you have enough to tie it in by AND leave some stalk spare. I’ve marked this on the picture below. 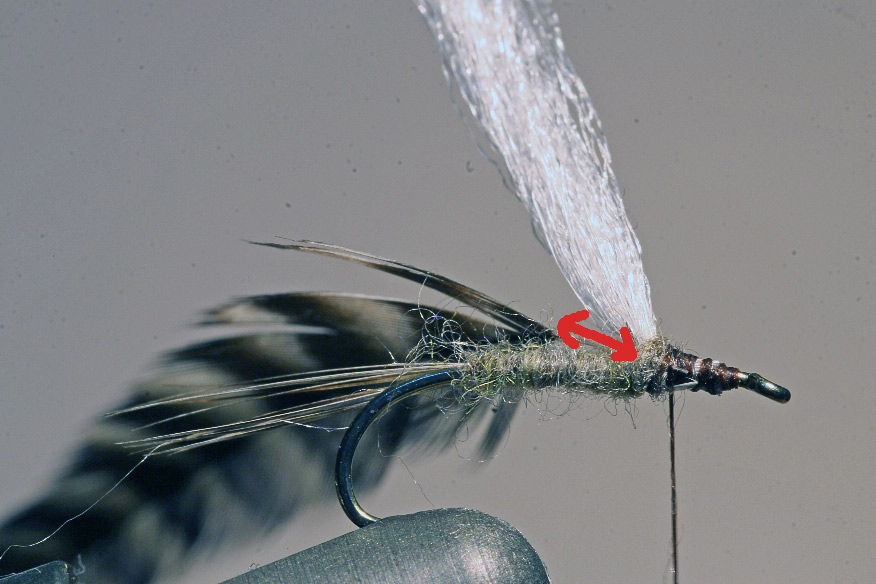 7)Hold the wingpost with your left hand. Run the hackle around the wing post in a clockwise fashion, placing each turn UNDER the last so you are working DOWN the wingpost, your last turn butting up against the body. This is why I told you to leave some spare stalk.

After the last turn, hold the hackle tight against the shank with your right hand and  tilt the wingpost back towards the tail slightly. Stroke the hackles back in the same direction to get them out of the way (don’t worry, you can stroke them back!) then get in there with your thread and lock that hackle down tight. 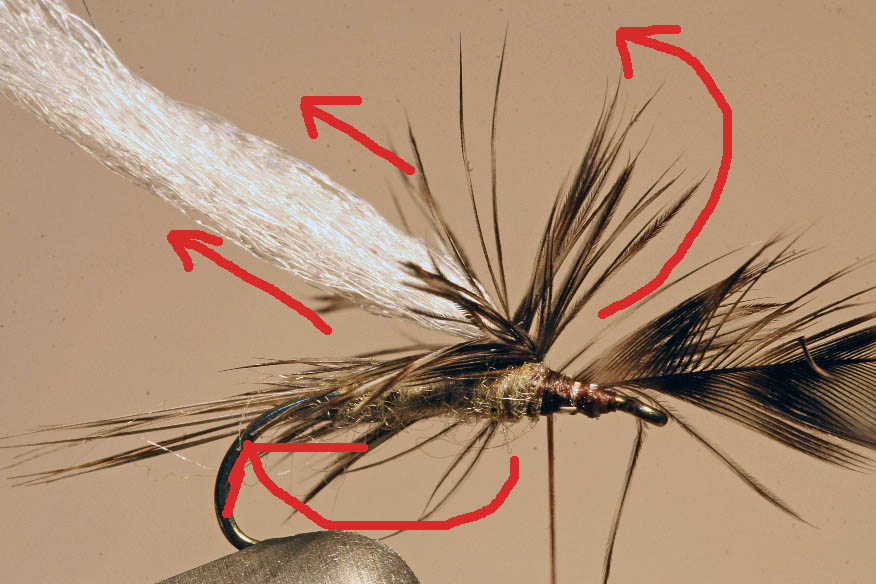 8) Keep the post and hackle fibres out of the way for now. Trim off excess hackle tip and lay down some more dubbing towards the eye.  I’ve used a different colour to the rest of the body here, just for variety (actually, it’s so dark in my lounge I picked the wrong colour by mistake). 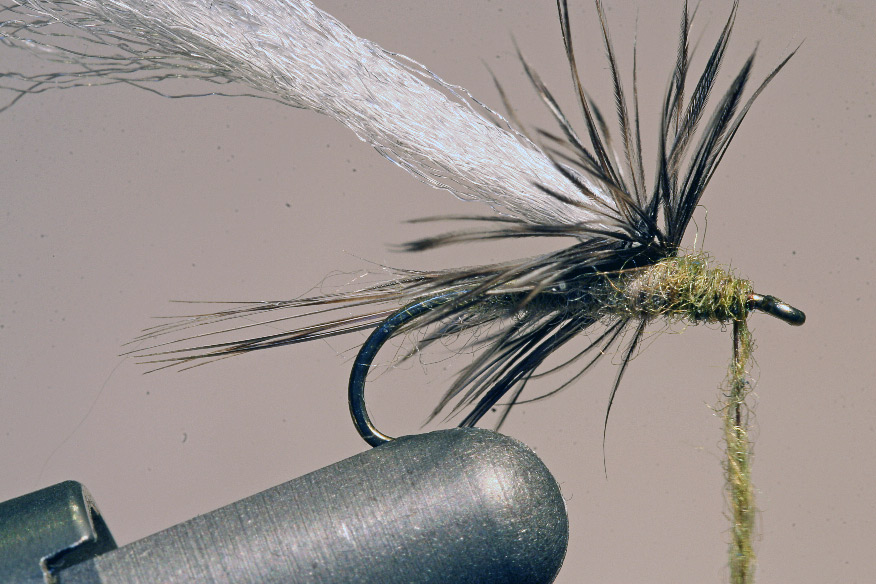 9) Remove any excess dubbing off the thread, push the wingpost and hackle forward again and neaten it all out with a dubbing needle or something. Build a little head then whip finish. 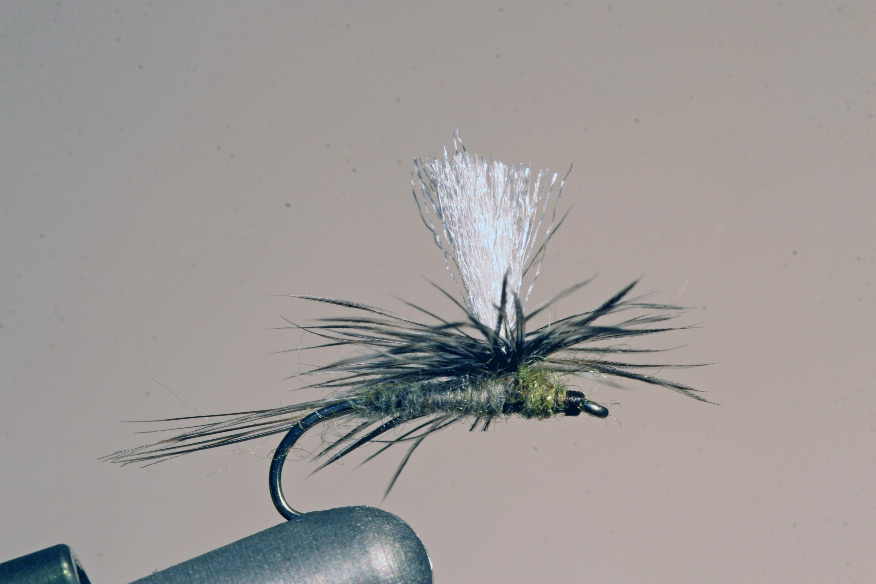