Yesterday was the first outing of 2012 for Sturmgruppe RFF  and perhaps predictably the weather was rubbish, a rude contrast to the false spring we had last month! Nevertheless we managed to muster 10 of our number. Myself and Stu even managed to get there for a very respectable 9:30 in the morning. It seems some of the group took the A1 route to get there and found their usual turn off for West Tanfield had been blocked off (permanently?) which necessitated a lengthy trip to the next turn-off. Worth bearing in mind if you’re off to Tanfield for the 1st time in a while.

I’d put quite a bit of prep into the day, tying the flies I posted about last night and making some rather bad-ass sandwiches. These kept me going with their Double Gloucester, jalapeno and pepperoni goodness. 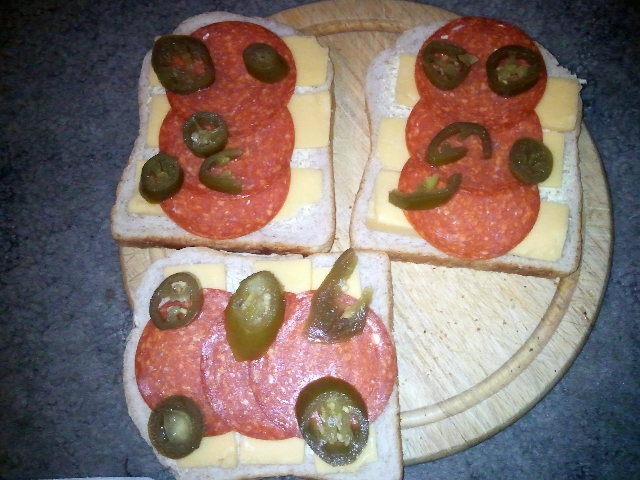 I spent the majority of the morning fishing from the ‘spit’ and only managed to attract a couple of swirls to a team of buzzers and a pull on a lure whereas people on either side of me were hooking into fish. Figuring it was time for a change of scenery I upped sticks and set off walking round the lake, doing a meet and greet with the rest of the club. I eventually settled into a spot on the North West corner of the lake which was a bit harder to fish because of the wind direction (Easterly) but had the benefit of more fish activity. I hooked and lost a good fish on a buzzer then nothing else happened until I whipped out the Tanfield Twat on an intermediate line at which point things got substantially livelier. 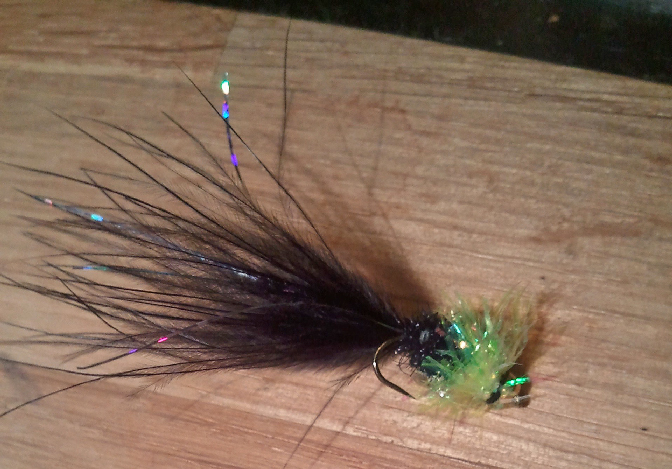 In about 10 minutes I landed 2 fish, lost another and had several plucks. The 2nd fish was a belter, it’s hard to see from the hasty snap I took with my phone but it was a real broad specimen knocking on for 3.5lb, maybe 4lb and in excellent condition. Please note my hand isn’t actually touching its eye!! 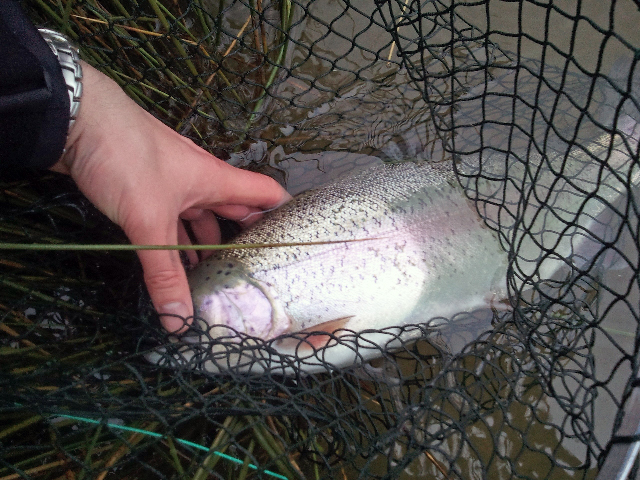 I had to leave the action for lunch, there being a tradition that we all down tools and take lunch together on these outings. Can’t say I was too disappointed though because the warm, cosy fishing hut seemed rather appealing. It was pissing down again and getting bloody cold. 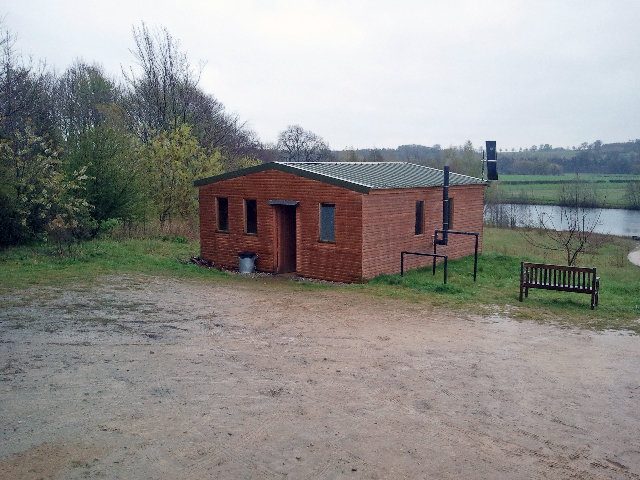 What a morale booster the hut was! We got the wood burning stove going and ploughed into our provisions whilst our clothes dried out…a bit. Even so, a couple of our group decided enough was enough and said their farewells for the day.

After lunch I went straight back down to the same spot and had another good stint, landing another 5 fish and losing several more.  They were all on the Tanfield Twat, although to be fair I couldn’t see the point in switching to anything else, maybe any fly would have done! For reference the fly is tied on a (rather large looking) Orvis size 12  hook, black marabou tail with a few strands of holo-tinsel, black chenile body, garish fluo yellow collar and perhaps most importantly a tungsten bead head. I invented it for this trip to Tanfield, I will tie a load more,  and undoubtedly it will never work anywhere ever again, particularly  Tanfield.

By about 5 I think we’d all had enough of the weather and slowly but surely we all seemed to migrate back up to the hut, despite several hours of daylight remaining! Conditions aside though, it was actually a good day out for the club because just about everyone caught plenty of fish (Kevin took the trophy with 11). What’s more, they were cracking fish, really powerful, well defined markings and as firm as a choirboy’s buttocks ( I make an assumption here).