I went up to Beaver Dyke last Thursday evening straight after work to meet Phil and Stu. I couldn’t be bothered fishing, choosing instead to take the camera and see if I could capture some action. There were fish moving but they were not too keen to take an artificial as there was an impressive menu of real insects lolling around in the surface film so I didn’t have a lot of action to capture! However, I managed a couple of snaps of a fish swirling at Stu’s fly albeit grainy ones seeing as I was at 400 ISO, 1/250 , f5.6 at 360 mm focal length because of the fading light. 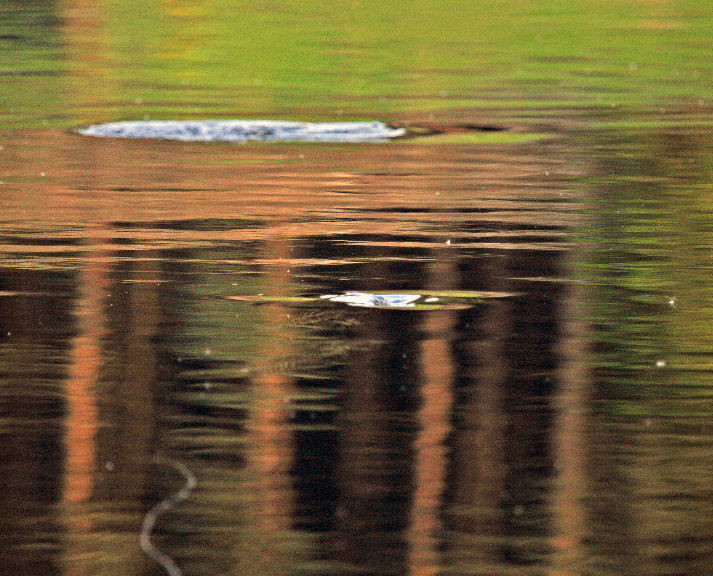 Above, in the foreground you can see the ‘vortex’ or depression in the water as the fish takes and movement in Stu’s leader. Another fish rises in sympathy in the background! 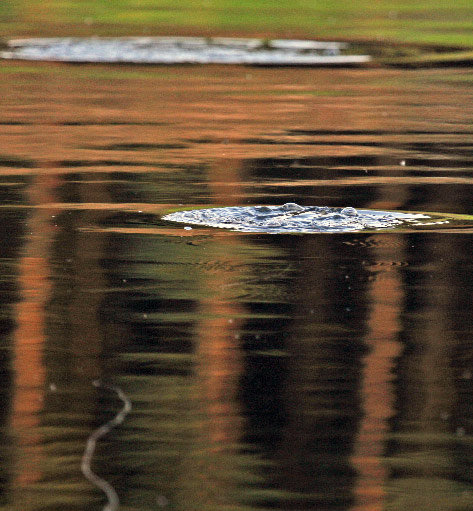 Above,  the aftermath a split second later, the fish has released the fly and Stu begins to swear.

I’m gonna have another crack at this but better light is needed, as well as more action!