I seem to have dropped off the Roundhay Fly Fishers scope somewhat this year so when an ad-hoc addition to the calendar was scheduled for this week I figured I should make an effort to go.  I’ve blogged about this a few times now, the fact that I seem to be ‘losing the will to fish’, and it wasn’t the urge to catch fish that made me go to Tanfield for the second time this year, it was the desire to catch up with friends from the club. However, once I got settled in bank-side and flicked out a line into a Hammerite ripple I felt anticipation levels cranking up significantly. 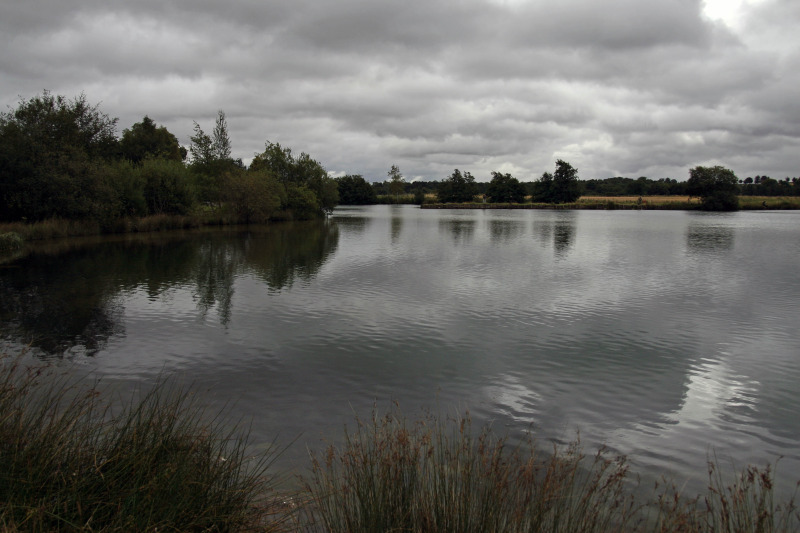 Tiny nymphs, long leader, agonisingly slow retrieves. I fished hard and true, I was a machine, and I caught nothing. Like a clown car, bits of my enthusiasm began to fall away until all that remained was terrible casting caused by frustration. “Are you bored yet?” Stu enquired. “Hahah hahaha no not yet hahaha” I replied as my fly landed gently on top of a pig’s tail of leader 90 degrees from the flyline. “Hahaha hahahah”

I know what’s needed at times like this, a break from casting. I walked round to the spit to join Martin and Matt then threw a brew and some chocolate down me, Andy McNabb style although I stopped short of shitting in a carrier bag. I also tied on the Tanfield Twat  – the gloves were off!  3 casts later I’d caught a sprightly pound and a half blue trout which set me up nicely for lunch. 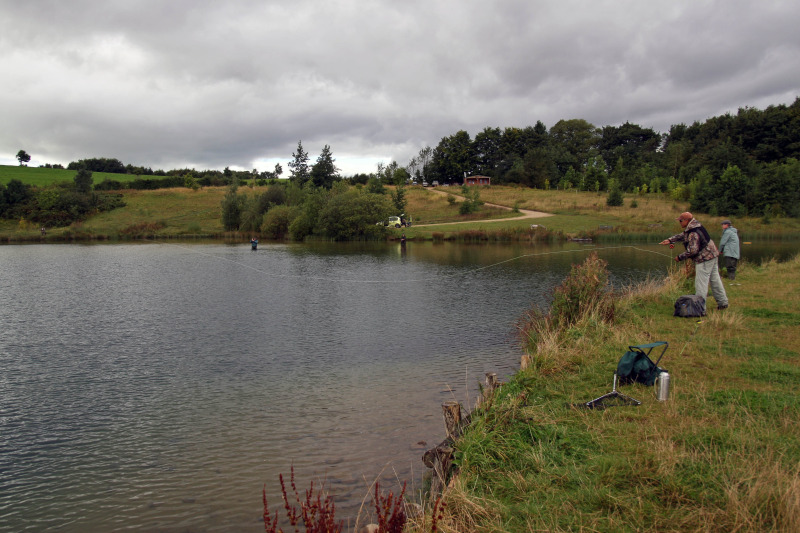 Matt on the spit, casting out one of his ferociously bright flies

After we’d had some good old banter in what must be one of the best fishing huts in Yorkshire I went back out feeling invigorated and decided to fish the ‘wrong’ side of the spit (if you fish Tanfield you’ll know what I mean).  I was straight into a hard-fighting fish  but I was dismayed to catch a glimpse of my lure on the outside of its flank in the clear water. Before I’d had time to work out how to play this out the line went slack and to my dismay the fly was no longer attached to my leader. I felt really bad, it’s so rare I get snapped off or have a pull through, I hate leaving a fly in a fish but hopefully it quickly fell out as it was de-barbed.  I was also without my Tanfield Twat, THE only Tanfield Twat!

Rain came, wind came, the sun shone, then the rain came again, and it got windy, then it got calm. I did another lap of the lake which enabled me to see new (ish) guy Andy’s terrifying rig which was festooned with Blobs and bite indicators and Lord knows what else which nevertheless caught more than my setup. I also plotted up next to Stu who was having a whale of a time on the Western side of the Lake catching plenty of rainbows but was unable to emulate his success.

I eventually came full circle and found myself just down from the spit…again. Here I rounded off my day with a satisfyingly long and elegant cast with a daddy long legs which was immediately gulped down by a 2 pounder.  Strip away all the peripheral benefits (scenery, fresh air, banter, whatever) and that moment…that split second between the fish taking your fly and you lifting into it where everything seems to be poised, electrified, like a bomb waiting to go off..it’s that moment, that’s why we do this . Or is it just me? 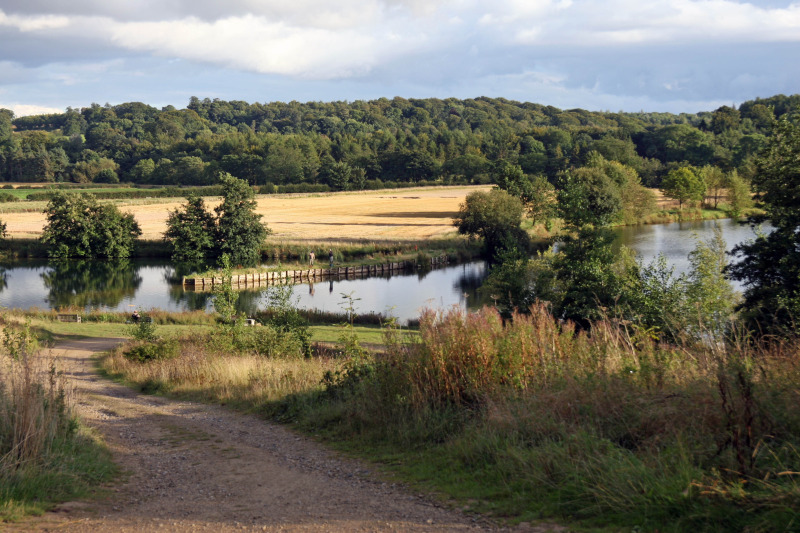 One thought on “Tanfield again!”

Who’s up for Kenley airshow? Pretty decent line up. Food in the mess sounds pretty good as well! @cosfordairshow @airtattoo

The curious case of the missing cordura hangers on my Wychwood wader bag...a terrifying tale of one man's descent into middle age cantankery https://yorkshireflyfishing.org.uk/2020/02/waders/

A nice mention in Flypast magazine this month with the ASTRA Hawk and Tornado ZD899 featured in the news pages!