Stu got the first pike of the day using one of his myriad new lures. and it was, asWilson would say,  predation in miniature. 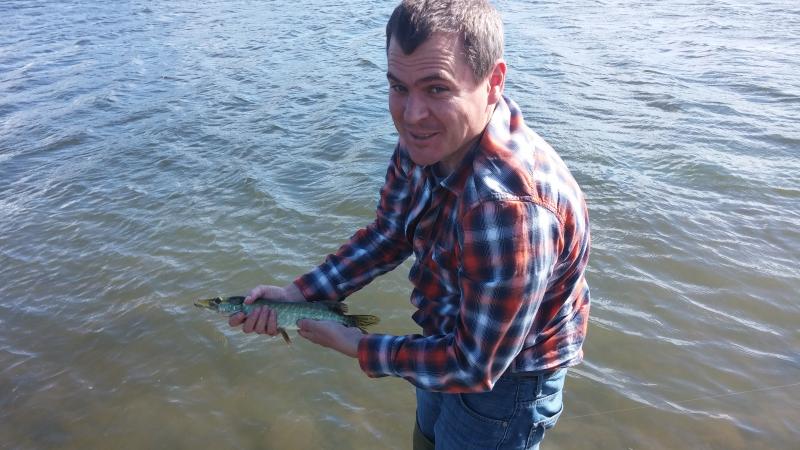 We moved around the lake after this prize specimen was caught because the wind was infuriating,  my ledgered deadbait was drifting despite a fairly heavy bomb on the rig. The bay we moved to was much nicer and immediately changed the scene. Calm water, gentle breeze, perfectly cocked floats…aaaah this is what I’d been dreaming about. The rod in the picture below is actually my float fishing outfit, I know nothing about this stuff really but I’m guessing this 13ft carp rod was total overkill for roach fishing. 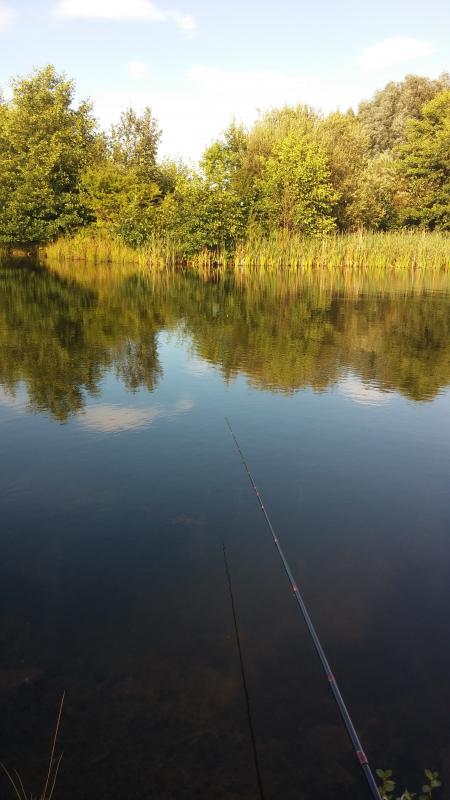 My first session in this bay was with my ledgered deadbait outfit. It took me a while to get the depth set right but when I did the float sat just right which is why I was initially dismayed half an hour later to see it suddenly laying flat across the surface. Then I realised it could be a fish! I struck and reeled in. Was this a big clump of weed? Nope, it’s kiting out to the right! As I got the pike nearer to the bank it began tailwalking which was pretty spectacular, that would’ve made for some great DSLR action. Whilst I played the pike Stu got the unhooking mat behind me, laid out the forceps and passed me the net – all tasks that would’ve been difficult on my own. Simple job to lift him out, onto his back (the fish, not Stu) hand behind gill to force the jaws open and retrieve the hook with the forceps. Quick picture then back in the water. I’ll be honest with you, it’s not always been this clean and easy in the past. 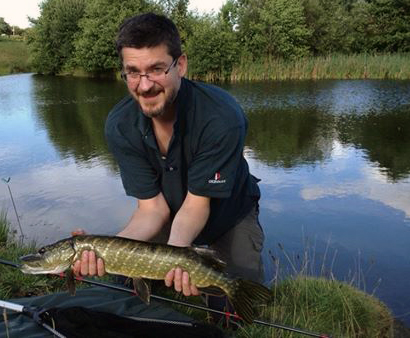 Just look at those markings!

I realise that most people would be apathetic about catching a pike that size but I was most happy with it, and extra pleased the unhooking and handling had been so trouble free.

I switched back to my float fishing outfit for the rest of the evening and the pair of us caught plenty of shiny silver roach which I also thoroughly enjoyed although maybe the highlight was when a pike grabbed a fish I was playing and hung on for ages. Stu did fish the deadbait for a while and something seemed to play with the bait but not actually take. No more offers were received.
Cracking day out, can’t wait to do some more coarse fishing. PS. I’d be grateful if anyone can give me tips on how to stop my soft deadbaits flying off the trebles.