I’m struggling to catch up here – bearing in mind Assynt was end of June and I only finished the blog post on that last night! This is just a quickie. Hot on the heels of our earlier predator/coarse fishing trip we had another one in September to the same venue. We fished another part of the lake, again with deadbaits and lures. This time we had absolutely no interest to our bait (we tried mackerel, roach, smelt, lamprey) but I was lucky enough to get some sport to my lure rod.

The seductive action of my orange Big S proved irresistible to this little fella, I think he’d snapped at it earlier but missed. 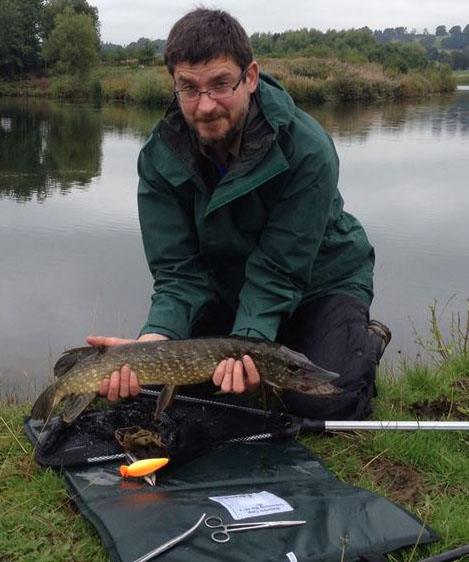 The very same lure caught me a slightly bigger pike later in the day. I cast it out near to a tree line but when I began reeling it back in a hook had snagged around the trace. Rather than wiggle it’s ass a couple of feet below the surface as it should, my lure rolled and rolled on the surface making an unholy wake. I watched this, and actually wondered if it might be quite appealing to a pike. Wait, what’s that?  A bow wave behind it? Bang! Zzzzz off the clutch. Yeah!! Another pike!

What a truly magnificent fish the pike is! 100 % wild, incredible markings that to me are just as appealing as those found on a hill-loch brownie, and a lineage dating back half a million years.

The plug that did the damage has now been Christened P.O.J 2 (Plug of Justice). POJ 1 was retired because the risk of losing it became too great. PS If anyone knows where I can buy more of these orange Big S’s I’d be grateful! 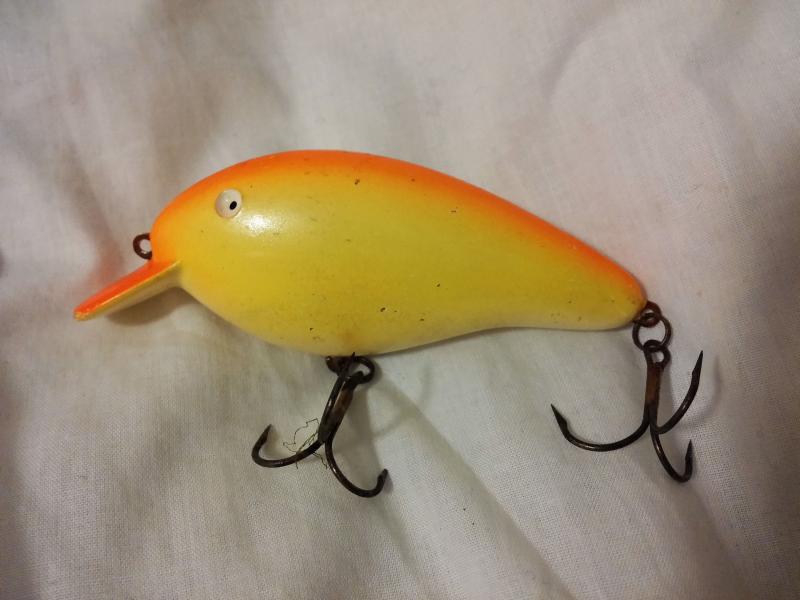 One thought on “More pike action!”