…would be nice but I’m afraid I went deadbaiting for pike again. Don’t look at me like that, I couldn’t help myself, I had been daydreaming of bobbing floats and beeping alarms. I’m a sick man but Spring is coming and I’ll come good, you’ll see.

Like my last deadbaiting mission, an early start was planned, but Stu slept in which set us back somewhat and meant me waiting in my car for about 40 minutes looking like some kind of lonely Terry Fuckwit. Thankfully he hadn’t forgotten the deadbaits, that would’ve been a step too far. We parked up and made our way to the lake and began the rather involved process of setting up our ‘fishing stations’. Seats, bank sticks, alarms, rod, reel, float, beads, free running rig thingy, trace, deadbait, drop off indicators, net, tools, scales, mat. A long way removed from flyfishing that’s for sure!

I directed Stu to fish his bait exactly where I’d caught last time. There’s definitely some sort of feature there because within 30 mins his float bobbed up and down a few times before going properly under. Reel down, strike, boom – fish on! 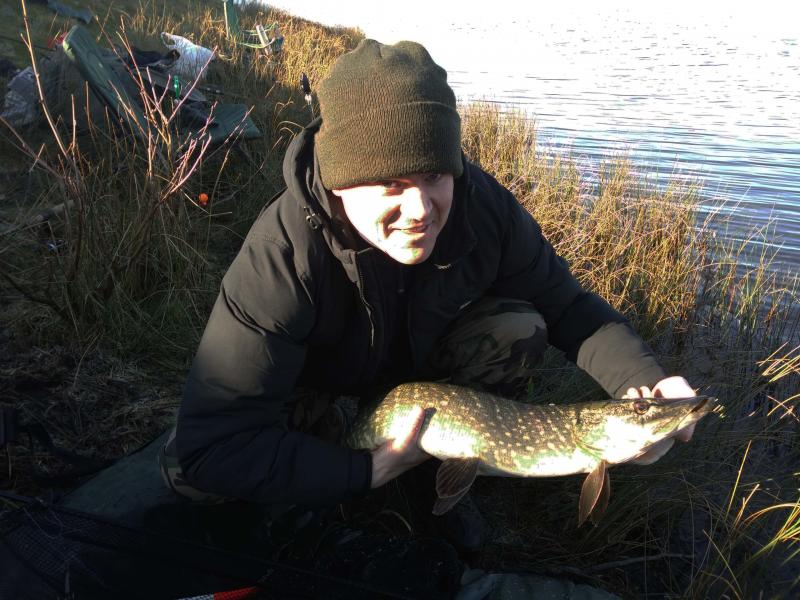 ….come on Stewie, time to get back on the minibus

After a run of bad luck Stu was overjoyed to have broken his duck! However it was perishing cold so after another 30 minutes he got up and go for a walk. Within a  minute he’d vanished and so had his float! I struck into a much bigger pike than his last one and played it whilst shouting him to come back so he could land his own fish. I saw it roll on the surface..oh yes, much bigger fish…ping….it was off. Aaargh. I had  hard time convincing him what had happened when he returned 5 minutes later

My turn came a bit later when I saw my unweighted pencil float suddenly pop-up and lie flat. I was in, finally. Not a big fish but I didn’t care, I love connecting with pike! 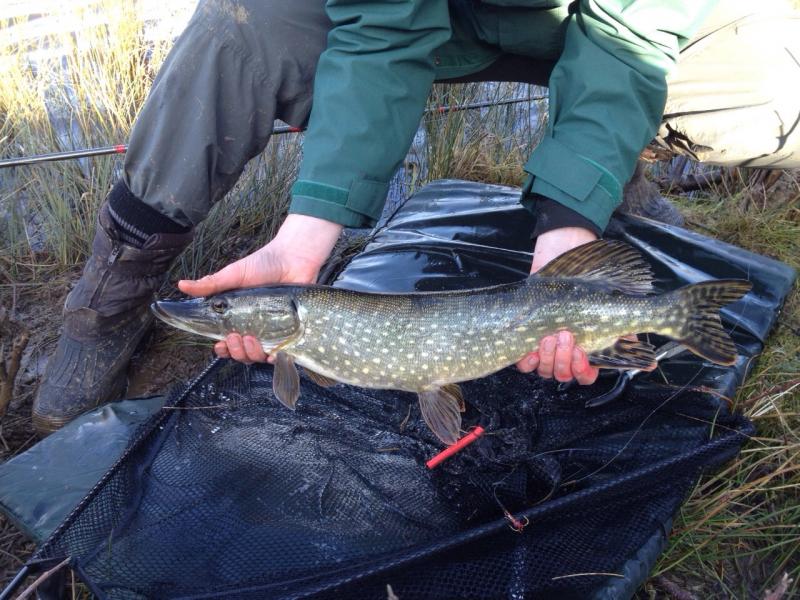 Stu had a good afternoon in terms of action, he hooked another couple of fish but sadly they both came off – we couldn’t see any obvious problems with the hooks so it was probably just bad luck. I had to wait right until last knockings before I had another proper run. It felt like a better fish, particularly as I struggled to reel it in with my numb hands and when Stu put the net under it there was definitely some girth going on. We weighed this one as it was the biggest to the net all day, and although 9lb isn’t big to most pike anglers I was overjoyed! 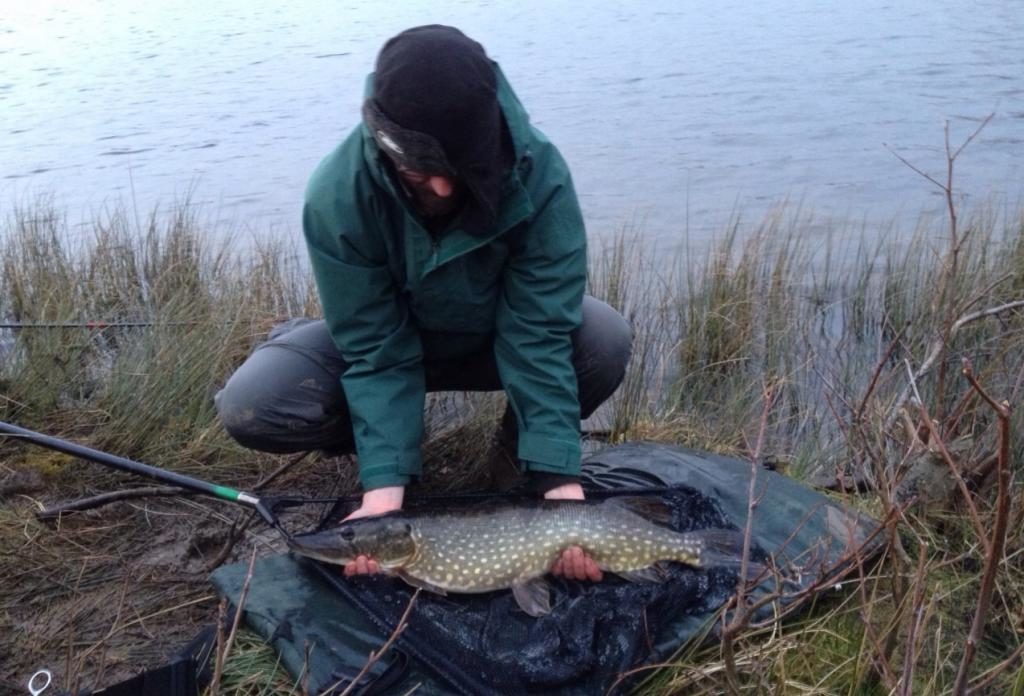 Deadbaiting for pike is a bit like sex – you have to put in hours of hard work to get you just a few minutes of messy fun, leaving you covered in mud, slime and leeches, am I right, eh? What? Wait…umm…

One thought on “A day chalkstream dry fly fishing for grayling”