I mentioned in a previous post I’m trying to get back into the fly fishing groove after going Esox mental over winter. Like most of my hobbies if I find a problem I’ll just throw money at it, buy new shit until it goes away. Or a different problem appears that becomes the new priority to spend money on. So verily I did go and buy myself a Loop LTS X3 9 foot 6 inch 4 weight rod (£200 down to £70 from Glasgow Angling), a Snowbee Onyx # 3/4 reel (£50 down to £29) and a WF4 John Norris Pro2 floater (£5.99!). 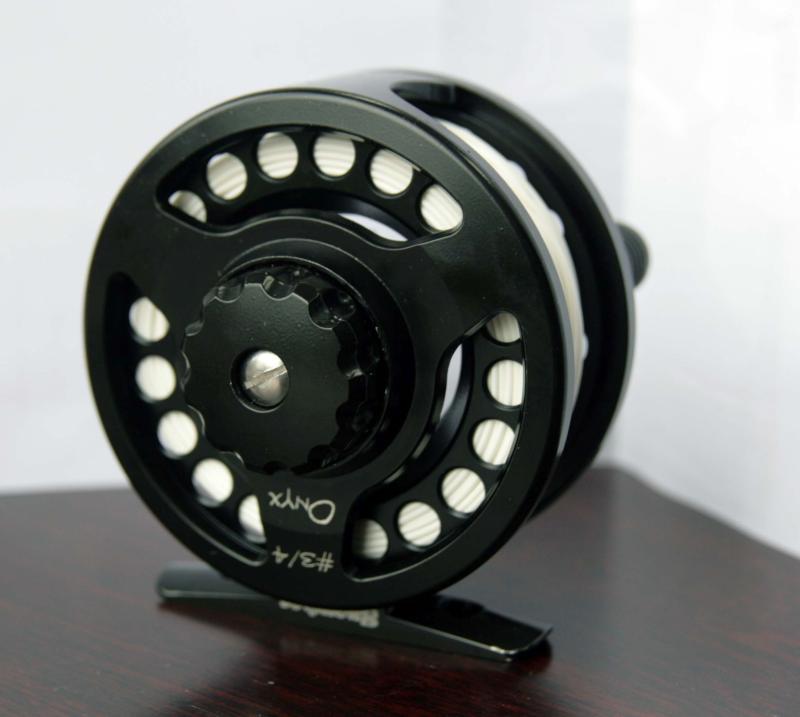 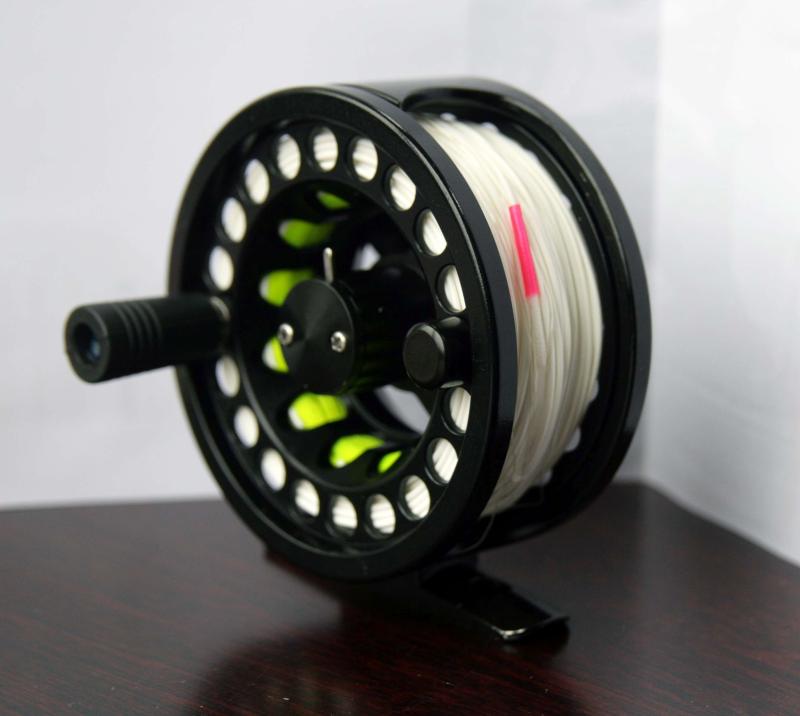 It comes with a neoprene case which is a nice touch. I bought a fiver’s worth of Leeda backing and set about getting it all spooled on, the bumf said the reel would take 50m of backing with a WF4. I couldn’t be bothered with the ‘reel on fly line then backing then reel off then reel on right way’ method so I took a guess then added a bit more for luck. I wasn’t far off. Then I stuck on a Roman Moser minicon trout loop. Forget any other braided loop, these are the absolute best I’ve ever used. The rod also looked promising, coming in a nice carry case and generally well put together. A quick waggle (‘cos that’s how we all test rods) showed that the tip stopped wiggling straight away when I stopped waggling. I once read that this meant your rod had good recovery or something. Next time you test a rod in a busy shop, do the waggle test, nod sagely, tighten your lips then semi-whisper ‘nice tip recovery’ and you are on your way to being a level 1 expert fly fisherman. Level 2 would entail a louder rendition of the aforementioned, followed by a lecture to anyone in earshot about how you can ‘put the backing knot through the tip ring EVERY cast even on a 6′ #1 weight’.

The line meanwhile seemed pretty good for £5.99 apart from the last 8 inches coiling round so once i’d attached my braided loop I hung a 3 ounce weight of the end overnight to straighten it all out. 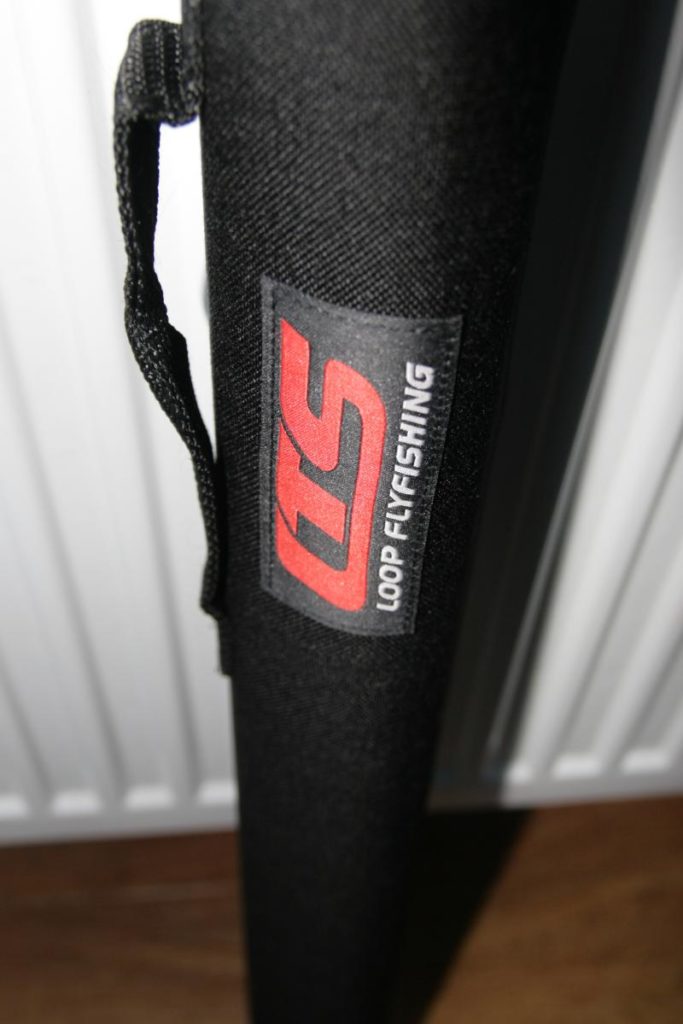 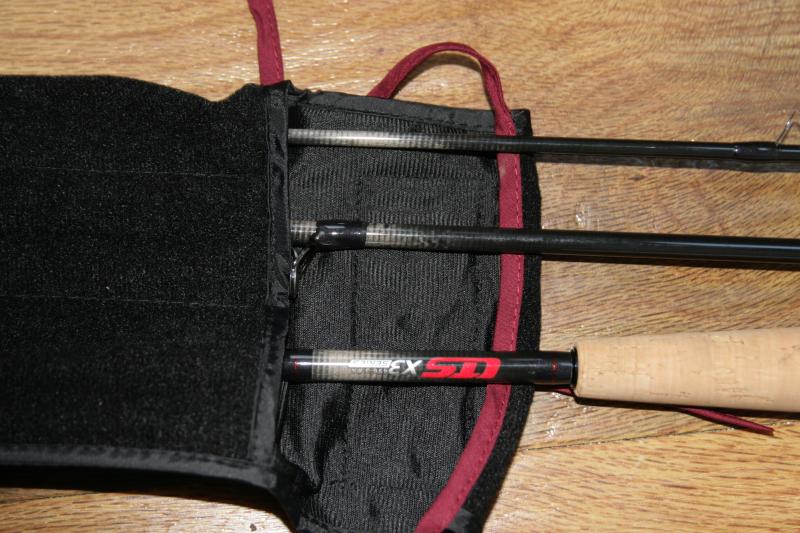 I was hoping to get on the Aire this weekend, out Gargrave way but time was against me so I ended up on the Wharfe. The level wasn’t bad, maybe a bit above what I would have liked but certainly fishable. 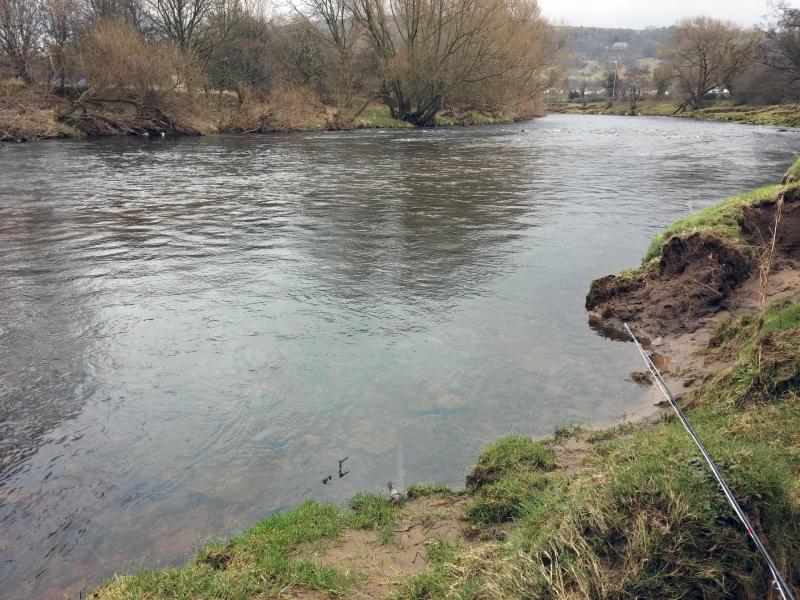 River banks just do not look their best in Winter (unless there’s a really good hoar frost or snow on the ground) and it kinda made me wish I’d waited for Spring but I wanted a pop at some grayling. I put up the new outfit but wasn’t really able to test the action as I went straight into Czech nymphing which obviously isn’t loading the rod. Then again, the rod worked fine flicking out 3 heavy nymphs with only a few feet of line out so I guess the tip works well. The extra length felt good (phwoar) and seemed to give a bit more line control than shorter rods. However, as you can see in the video below I was having trouble keeping a tight line because of the blustery conditions, and maybe also not enough weight to my flies? Also please note I’m not left-handed!

When I did a little bit of wet fly down and across at the end of the day the long rod really came into its own for controlling a short-medium length of line by keeping as much off the water as possible.

There’s just one thing missing from this post and that’s a photo of a grayling, or an out-of-season trout, or even a chub! I didn’t get a single obvious bite for 4 hours of fishing. Never mind, lots of kit tested and enthusiasm renewed. All I can do to round out this post is show you a picture of the bullocks that harassed me as I tried to walk back through the fields. The standard cow-clearing arms-out schweee schweee method didn’t work so I had to walk through the middle of them. Fact remains that more British people have been killed by cows than ISIS. Probably. 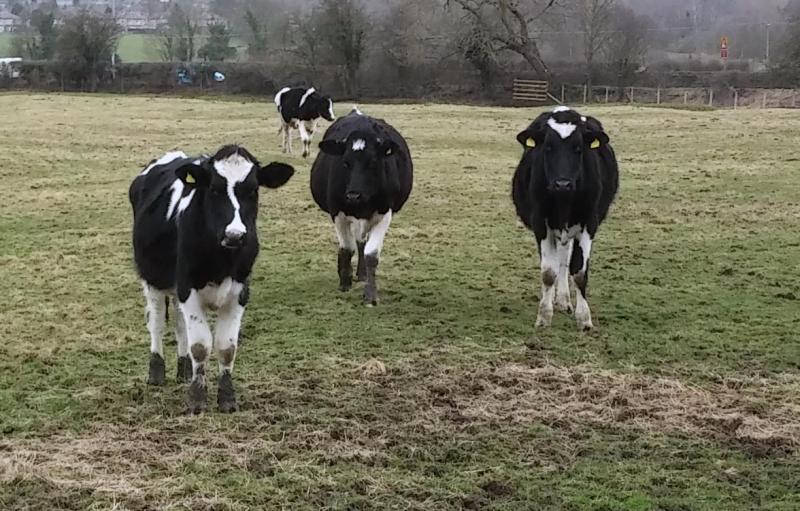