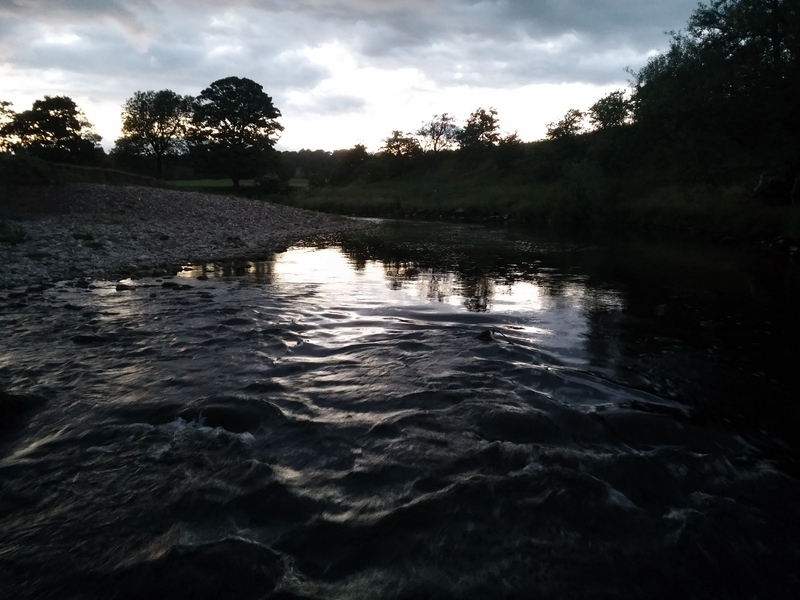 Sunday I decided I should nip down to the Wharfe for a good session. The weather looked perfect, it was warm yet overcast with just a slight breeze. I didn’t even pack a jacket because for once I felt confident the weather was bang on and nor did I bother with a flask – who needs hot tea on a day like this?!

I parked up, had a quick look at the water which was quite low but very fishable and then got dolled up in my chesties, waistcoat and Dame Edna sunglasses. Pit.Pat.Pit Pat. Pitter. Pitter Patter Pitter Patterr oh fuck off. The Heavens opened and I retreated to the car to sit it out seeing as I had no jacket. 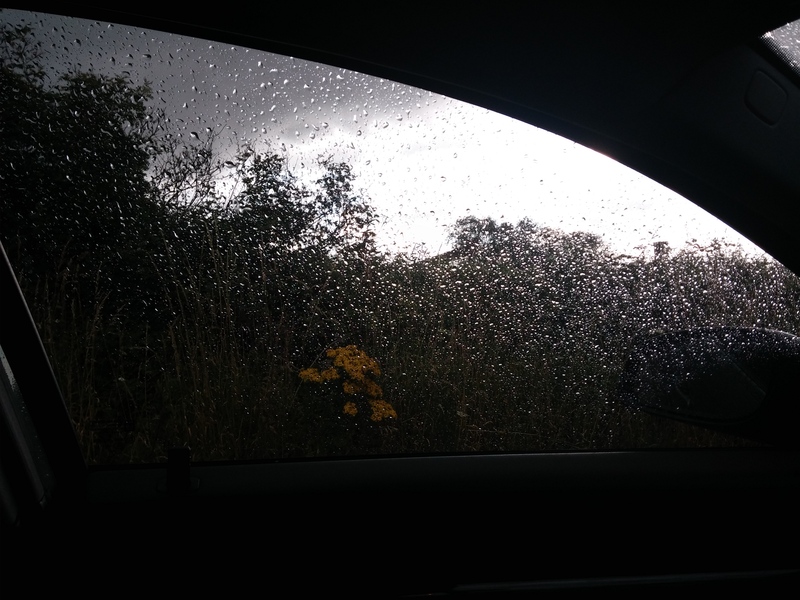 Half an hour later, as the rain showed no signs of lifting and the sky was rent asunder with forked lightning I decided to endex and scurry home for tea instead.

Naturally the weather was beautiful by the time I got home but then again so were the homemade pizzas I knocked up so I was happy. Thankfully it’s early July so I was able to nip out after tea (complete with waterproof wading jacket) and get back on the river. The low levels meant it was easier to cast drag-free to some good spots I know but my upstream dry only got one offer so it was on with a goldhead GRHE which soon picked up a few (camera-shy) fish. They were all quite small but that’s good, at least it means the river has a good head of wild fish.

To end the night I moved downstream to another good pool and again, the low water meant it was easier to fish some slack water where I thought there might be a fish. There was, another small brownie that pinged off before I could get a pic. In true ‘clickbait’ style I present a ‘OMG what happened next will melt your heart’ type picture, only it won’t melt your heart at all, but it does show roughly where the fish hit my fly. It could almost be an illustration out of a fishing magazine it’s such a cliched location! 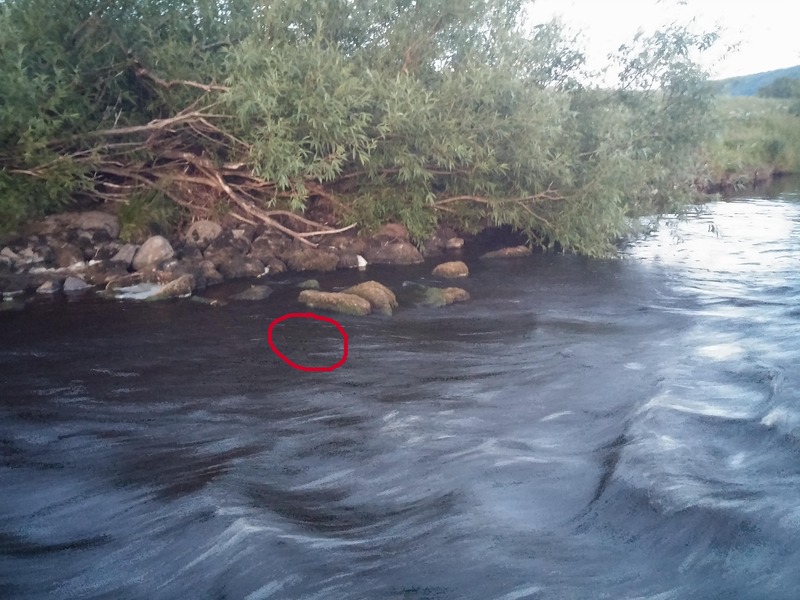 I was hoping to go fishing today after work as well but instead found myself washing up and baking bread. Living on the edge!