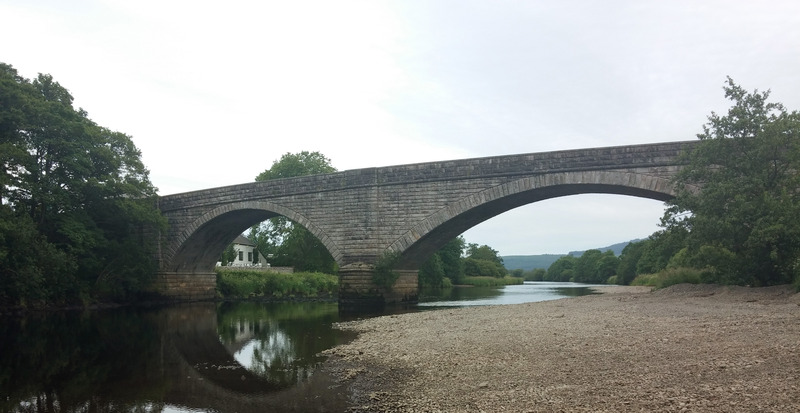 Right so I’m slowly catching up here. Still not even started the annual fishing holiday blog because that is a significant piece of work but I reckon I can box off the tale of woe that was our Dumfries and Galloway weekend. To be fair, we still managed to have a right good do despite everything going wrong but it wasn’t our most successful mission.

It began as a What’sApp Group that generated probably 200 messages containing lots of shall-we-go-here-shall-we-go-there,  can’t-do-that-weekend-how-about-the-weekend-after punctuated by random abuse backwards and forwards. Out of all this codswallop came a plan. Take a Friday off work, drive up to Dumfries and Galloway, spend the evening fishing a trout loch then stay in a bothy followed by pike fishing Loch Ken on Saturday and stay on a proper campsite at the Ken Bridge Hotel.

The logistics were immense. Smithers had to call for me, then we had to go to my nearest tackle shop to buy some coarse fishing tackle and some maggots. Yup, you heard that right. The aforementioned Smithers wanted to coarse fish the River Ken out back of the pub so I agreed to accompany him in some maggot drowning rather than pike fish Loch Ken. We grabbed our bait then called for Stu whereupon tea was drank and more time lost before finally hitting the road to go meet the final companion at Scotch Corner Services who I shall henceforth refer to as Gonzo for that is his nickname.

It was whilst milling around in Dumfries Tesco at about 4:45 that we realised we’d left it too late to get the fishing permits for our proposed trout loch with nearby bothy. Disaster! A new plan was formed to go straight to the Ken Bridge Hotel and camp there 2 nights. Not the end of the world, we had an impromptu riverside BBQ and a few ales to drown our sorrows. 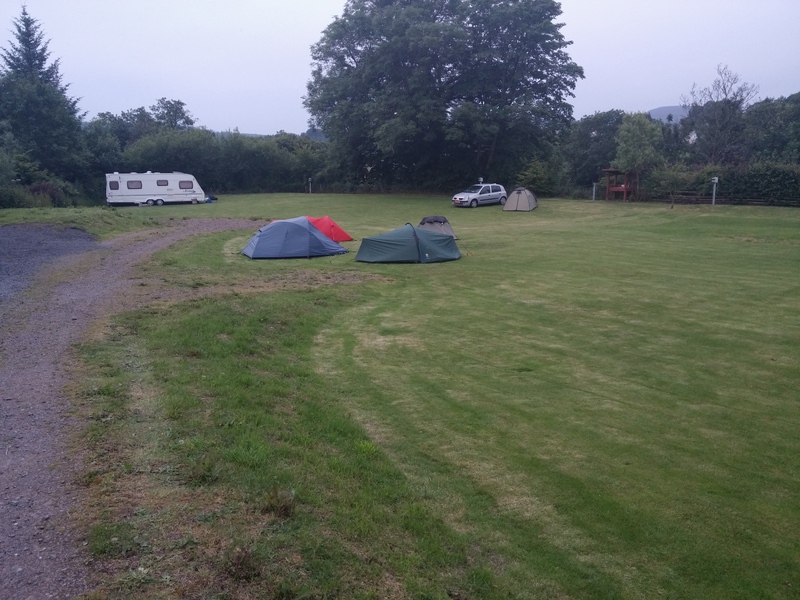 Up early, Smithers cans the idea of fishing the river and we all decide to fish Loch Ken for pike. We arrive at the Visitor Centre, scran down some bacon sarnies then go sort out the boats we are hiring from Galloway Activity Centre . They are not ideal for our purposes but it’s all we have to work with. 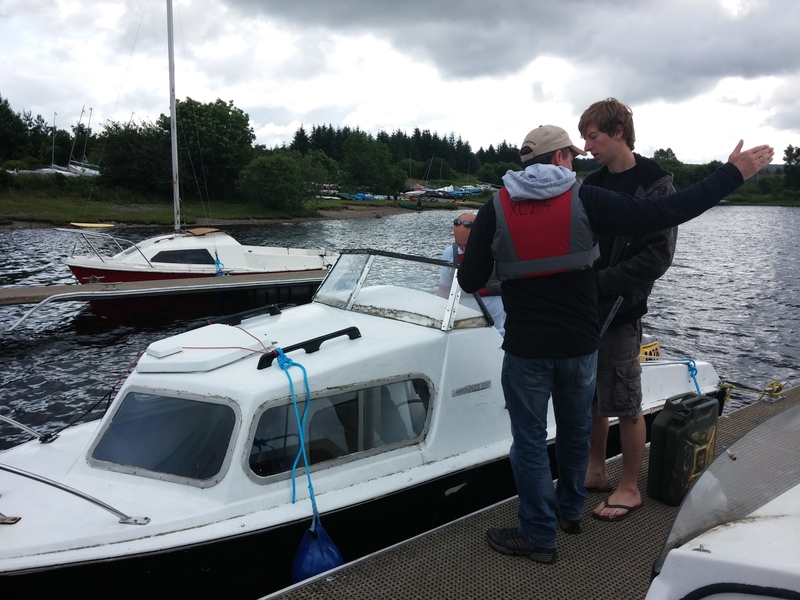 Darrr..I tells you I once caught a fish THIS big

The safety brief was pretty basic, and the only advice on where we could go/not go was to stay clear of the yellow buoys and keep to a particular side of one of the islands. To be fair, it’s not the first time Stu has been told to stay away from buoys. Armed with advice from a passing angler on the best spots for pike we decide to take the boats out past the bridge and fish some of the bays through there.

We hit a problem early on when, a couple of miles in,  the boat Gonzo and Stu are in won’t re-start. Eventually they have to give in and ring the lodge who come out and jump-start the engine (!). Back on track we convoy up again and motor out past the bridge then split up to start fishing some of the bays. There were lots of pikey looking places but it took a long time before I finally pick up a fish and it was a very small pike indeed. Stu then rang from their boat to say they were stranded again, their engine would not restart. Rescue boat to the rescue again and this time they did what perhaps should have been done in the first place which was swap out the battery.

Meanwhile myself and Smithers decided to up anchor and motor off to another bay, there was nothing we could do. We had been running for only a couple of minutes when the engine started making odd noises then packed in and refused to restart. I rang Stu back and asked him to get the rescue boat to rescue us when they’d finished getting rescued. What a joke! 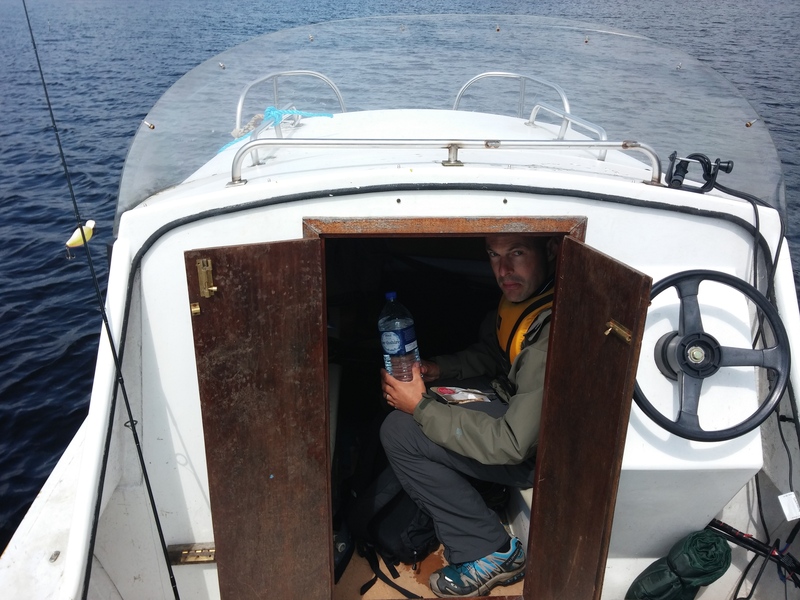 Tis the Golden Rivet I seek

The young lad who came to assist could not get the engine going either so had to tow us back in, past the other 2 who were now back in a working boat. What’s more Gonzo proceeded to catch his first pike whilst we were bobbing along in the boat of shame. 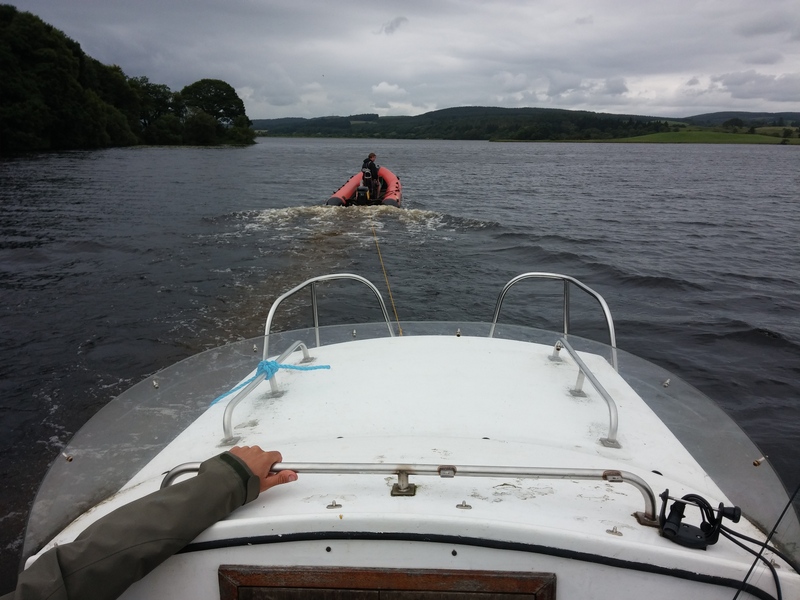 Back on shore myself and Smithers called it a day and drove back to the Ken Bridge Hotel to sink a couple of well-earned pints. After these 2 pints we decided to go get the maggots and fish the Hotel beat on the river! Marvelous fun was had with 2 feeder rods and a shit load of perch, roach and what I think were rudd until rain got the better of us and we retired back to the pub to wait for the other 2. When they finally turned up the days calamities were soon forgotten in a haze of ale-driven banter and a conversation with a fellow Yorkshire man who had an unhealthy obsession with Leeds’ oldest ‘man’ pub.

Rather than driving straight home we decide to fish for pike on Clatteringshaws Loch but call in the visitor centre first for a fine breakfast. The Loch is quite low and also very shallow for quite some way out, fishing sinking lures is risky. Despite finding some really good water at the Southern end we can’t get a single offer and decide to call it a day after about 3 hours. 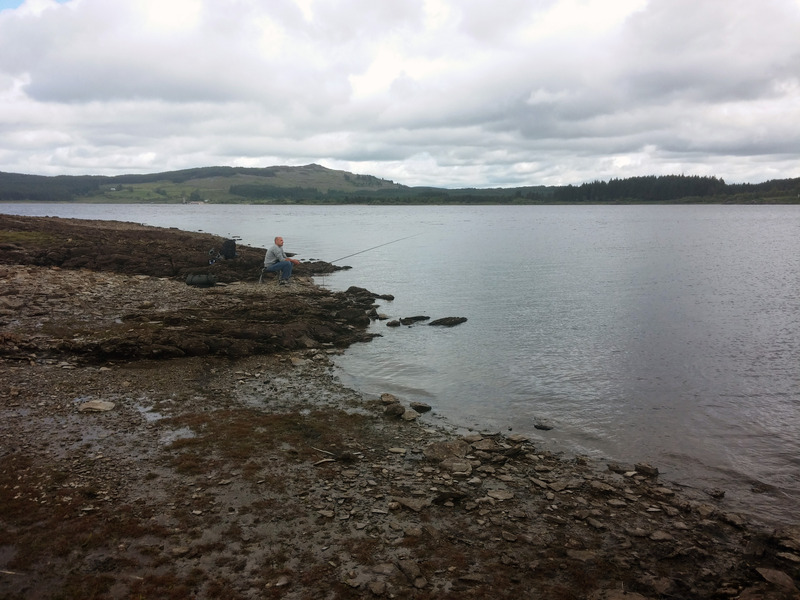 Back in Leeds we ring up Galloway Activity Centre to ask for refunds for the boats only to be told ours had a written off outboard with a bent crankshaft. This is a total mystery in 2 ways – we genuinely didn’t run aground and even if we had, why didn’t the prop slip before such a thing could happen, which is what is meant to happen? We had no reason to lie as we’d paid insurance up front to cover any eventualities! They said they’d only refund one boat but alas this does not look to have materialized yet. Not a happy outcome for all concerned really and I don’t think we’ll be heading back anytime soon.