About 3 weeks ago myself and Stu had a pike flyfishing / lure fishing mission to a favourite big East Yorkshire lake. It’s not an epic tale so I’ll keep the blog post brief. As usual I tried to put some effort in the night before to conjure up a tasty packed lunch for the next day. Remember folks, it’s a vital ingredient to a successful day’s fishing. I invested in some huge oven bottom-cake type bread to ensure my sarnies were adequately filling. 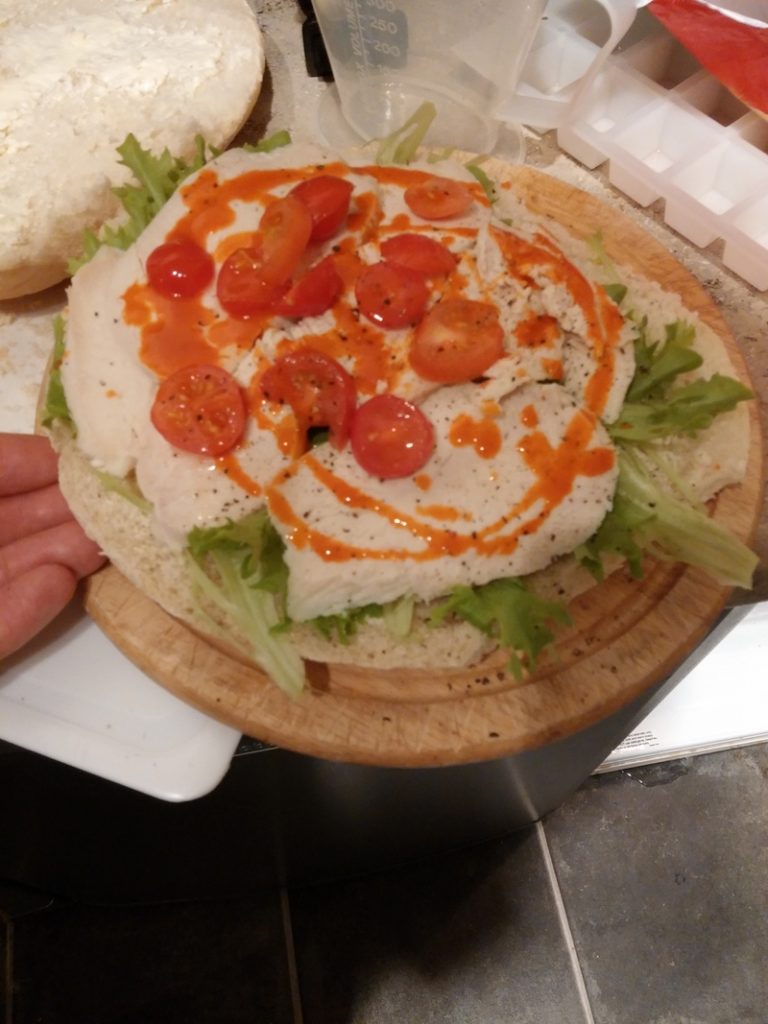 Get in, you fat bastard

It’s a long old drive out to East Yorkshire but we still managed to get there for around 9 am and be out on a boat fishing for not long after (via a bacon sarnie). Stu had been here during summer and had a successful day catching jacks but today did not go so well. We fished hard with various pike flies on floating and sinking lines but couldn’t get a bite all morning. I began interspersing with my lure rod, banging out a big silver spoon which has worked here before but couldn’t even pick up a fish with that.

For the afternoon session we fished out towards the middle of the lake where there were some buoys which we are convinced act as some sort of feature. And so it proved, Stu dropped his pike fly right next to one and landed a jack. Yours truly netted the fish and then offered to unhook it, I wish I hadn’t bothered. Handling small pike is – in some ways – harder than handling bigger pike. <Swiss Tony says handling small pike is like making love to a beautiful woman. First you’ve got to lay her on her back and gently straddle her, then get your hand right in there until you can grab her jaws. Keep her mouth wide open and whip your tackle out before she can bite> Anyway I got done good and proper, the tiny terror’s jaws clamped down on my thumb and I couldn’t yank my hand out for fear of tearing my thumb to shreds! We had to work the jaws open before I could extract digits.

In an uncharacteristic display of preparedness Stu dug out a 1st aid kit so I could at least cover the 5 puncture wounds with plasters and anti-septic. 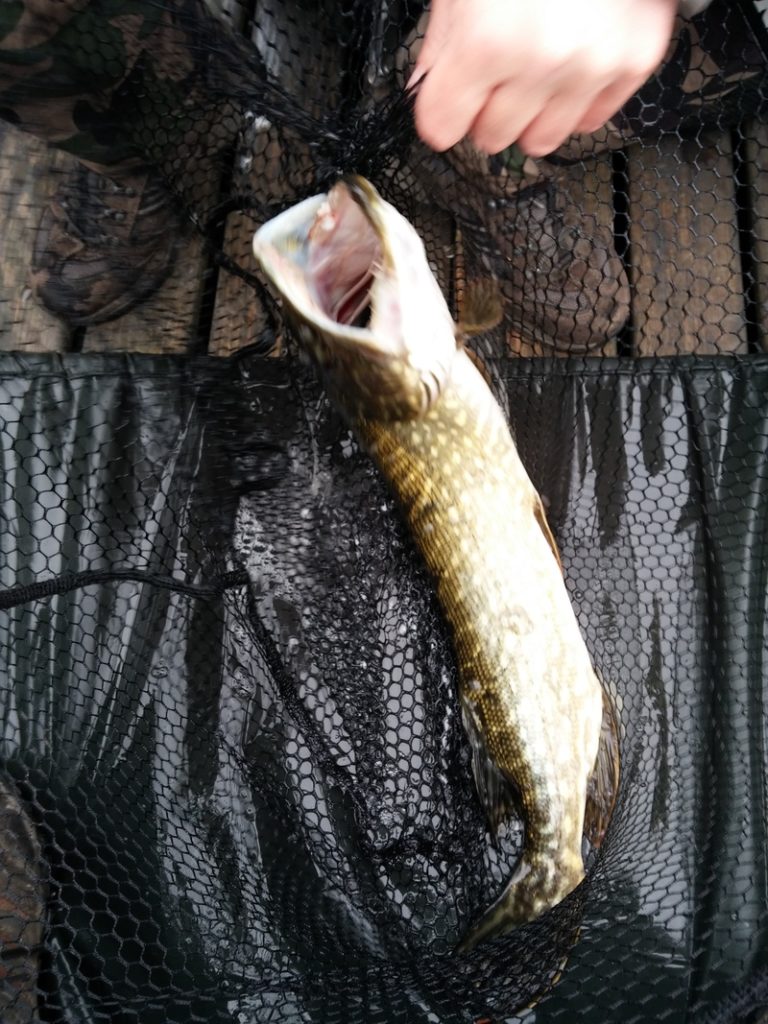 As I’m a brave little soldier I carried on and fished with my bloody stump and was rewarded with 2 jack pike on the good ol’ Abu 40g spoon. Not a bad little day out but it won’t be long before deadbaiting becomes the preferred piking method as Winter sets in. But I also really really need to get on the river and catch some grayling, when it’s not running through like the Colorado rapids. I have a big sturdy Grey’s wading staff to test as well! I got sick of stumbling and dithering on bouldery-bottomed bits of river when wading upstream or across stream so asked for one of these things for my birthday, I’ll let you know how I get on.