As many of you know I am a member of a Leeds based fly fishing club known as the Roundhay Fly Fishers which was formed when a crack commando unit was sent to prison by a military court for a crime they didn’t commit … ah wait, no, that’s the A -Team, RFF was in fact formed when a group of consenting adults threw their keys in a bowl. No, hang on that’s the Roundhay Swingers. Nope, get it straight, the club formed Lord knows how many years ago when a bunch of local guys who shared an interest in fly fishing for trout formed a gang and started going fishing together and hanging around scout huts telling tall tales. Myself, Stu and Phil joined about 12 years ago and for a number of years tried to attend all the annual club days but it’s not so easy these days. This year was a particularly bad one for me and I managed to in fact miss every single one – until now. Feverish with excitement I even ventured out into my man-cave on the Friday night,  went nuts with the flashy stuff and knocked up a honking great pike fly.

Saturday. The mission was called ‘Rutland Fry Bashing Weekend‘. It was a weekend but that’s about all that went to plan. We couldn’t get boats booked on for Rutland as there was a competition taking place so we changed venue to Pitsford (Saturday) and Eyebrook (Sunday). Stu and I drove down early Saturday morning and after a chat with the warden wandered down to meet the rest of the club who were all at various stages of tackling up – it was good to see the gang after so long. Most of RFF were fly fishing for trout whereas we were targeting pike with fly, spin and jerk as well as fly fishing for trout. One of these days we’ll get black balled from the club for such blasphemy. The reaction Stu got when he took a giant jerkbait in to show the guys in the club was not good – there would have been less contempt if he’d placed a giant rubber dildo on the table.

It’s a bit of a standing joke now that when we go to Pitsford we first head into ‘Jack Bay’ and bag up on jacks, before heading out into the main reservoir to get serious and pursue the big ones . By bag up I mean catch none, and by pursue big ones I mean see hide nor hair of the big ones :-). We followed tradition in every sense but did at least see some fry bashing taking place in front of the reeds although it still wasn’t the tactic du jour for trout (or indeed pike) fishing. If you’ve never seen fry bashing it looks like a tiny monsoon cloud is dashing backwards and forwards across the water as the shoal of small fish bombursts out in panic. I’ve witnessed similar behaviour myself when approaching groups of women.

Only slightly crestfallen we motored out to Stu’s next hot spot which is just before you go through the tunnel and had no action there. “Hmm. Nah, it’s ok, it’ll pick up, way too early to get dispondent. Let’s go through into the main reservoir.” Let me tell you we proceeded to hit pretty much every bay on Pitsford and not one fish was landed to our boat, not even a follow was witnessed despite trying all the classics plus the desperation lures. Let me also tell you it’s not easy writing a blog about catching sod all. As Poncho said “Not a thing. Not a f***ing trace. No blood, no bodies… We hit nothing!” The trout boys weren’t doing much better either, it seemed the reservoir was dead unless you were pursuing perch. 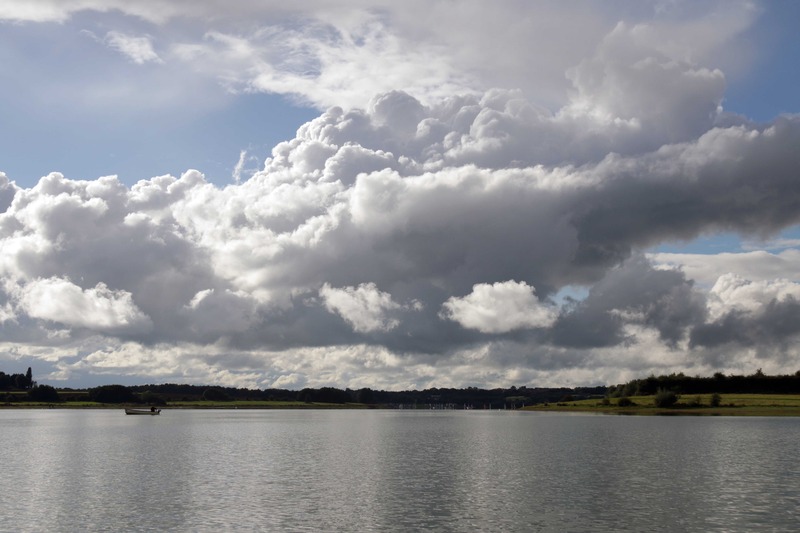 It also pissed it down good and proper for a good chunk of the morning, which was nice. Ridiculous rain so intense it makes you laugh until the novelty wears off.We called it a day just after 7pm in order to get to the pub we were staying at in time for dinner. RFF evenings are definitely not cocaine and strippers type affairs, more cocoa and slippers. That’s not entirely fair, we did have a few beers and some good banter although I’m not sure what my room mate for the night thought of my threat to stand at the foot of his bed wearing my waxed hat and sunglasses, carefully watching him whilst he sleeps. 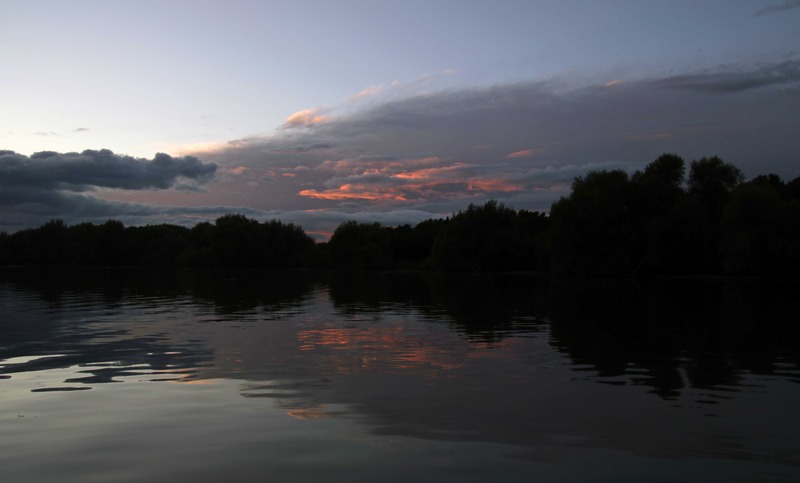 Typically, the weekend we descended on the Bull’s Head has coincided with some kind of tractor convention. I had to get up and move my car to make room for a Massey Ferguson or some such juddering contraption but to be fair it all made for quite an impressive sight 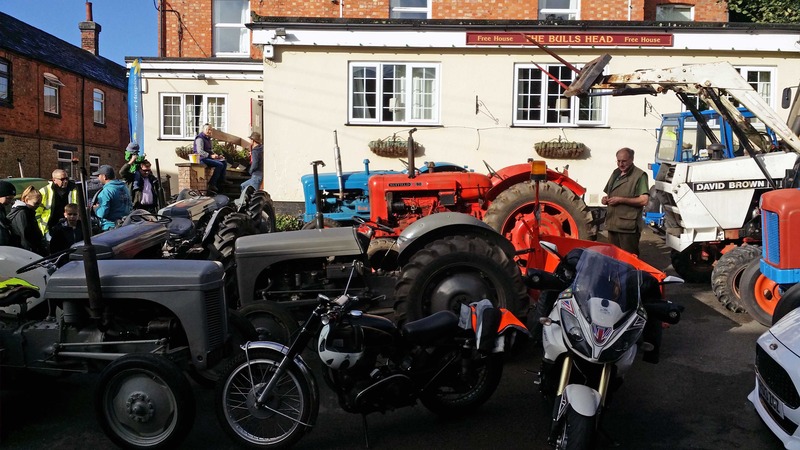 I think this was my 3rd visit to Eyebrook and unless I’m mistaken my previous 2 (trout fishing) were fishless. It’s a nice place to fish, quite picturesque as far as these places go and the staff are always friendly. We had turned up in what was I believe the opening weekend for lure fishing for pike at Eyebrook and there certainly looked to be a lot of lure anglers out on the water. We put up 2 x pike fly rods, 1 x jerkbait rod and one trout fly rod (mine) as I’d bought a ticket to cover off all methods. Unfortunately the day was another total ball breaker. No sign of fish at all, and certainly no fry-bashing. I sometimes wonder if an RFF member once upset a gypsy or something because we almost always hit bad luck on these missions and get our asses kicked back to Leeds trailing excuses. It’s always “Really? You guys didn’t bag up? I don’t understand, we had a guy on here yesterday who wasn’t even fishing but still caught 6 double figure trout and his boat partner landed an upper double pike on a size 22 buzzer on 1lb tippet ”

We motored up to another of Stu’s legendary hotspots to parade our pike flies up and down the weed beds for a while then made our way to another hot spot. Here we motored round and around in circles trying to locate a known feature on the fish finder like a demented corvette hunting a U-Boat until we got bored and trundled up to the far end of Eyebrook which was full of pike. It wasn’t. Or rather it wasn’t full of co-operative pike. I switched to trout fishing for a while and my 10 foot 7 weight rod with a mini lure felt like a delicate wand, in fact I’d say double hauling 8 inch flies had improved my ‘normal’ casting. Briefly. The conversation strayed to discussions about how expensive these weekends are with so little sport in return, and how we had a good mind not to come back. Frustration does that.

We did a big long drift all the way to the Willows  then went back over to the bay at The Point and tried again. After a couple of drifts it finally happened. BANG. That’s a pike. A few short but powerful lunges followed until we managed to get my jack into the net, my fly (the very one I tied Friday night) already dropping to bits in it’s mouth.

Not a big fish but still incredibly welcome and Stu got the chance to test the underwater capabilities of his Go Pro whilst I let the fish recover and swim off. Looking at the footage I don’t think he’ll go near a boat ever again after seeing those 2 terrifying faces.

No further fish followed. So that’s 1 jack pike for 2 anglers on 2 full day’s out on reservoirs, a 300 mile round trip and taking into account petrol, food and digs you’re looking at about £250 each. We know it’s not down to lack of fish, there must be plenty in these reservoirs, it’s just luck of the draw – if they ain’t on it you’re pretty much screwed.  I did however confirm my believe that my John Norris P3 WF10 Big Fly Intermediate is a total bargain at the £12.99 I paid for it and I see they are now even cheaper.