Just a quickie. Way back in December myself and Stu had a few hours on the Wharfe targeting Grayling. We weren’t exactly up at the crack of dawn but it was early enough to make dragging my ass out of bed on a cold Winter morning a solemn event. Of course once you’re up and out it’s a different matter and by the time we made our way to the river the sun was doing a marvelous job of purging some of the Winter blues. I had tied up some Czech nymphs which I was keen to test out and Stu had a gleaming new centre pin reel to play with so today it was fly Vs maggot. Below we see Stu modelling his trotting rig. 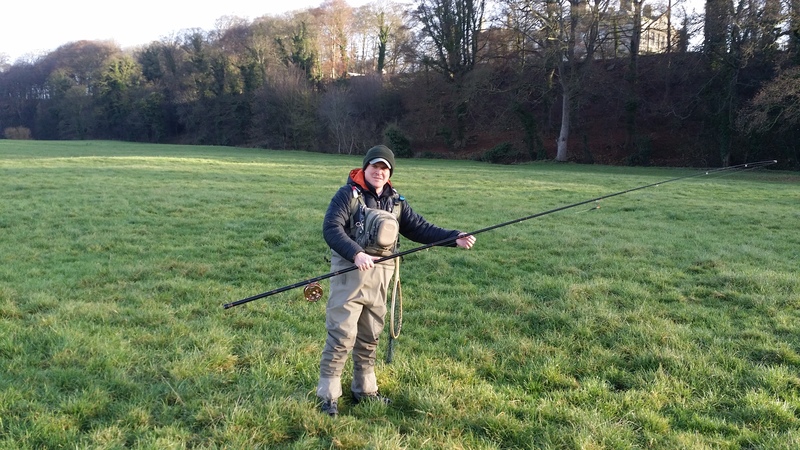 Stu got plotted up in his swim and started feeding it up with maggots whilst I waded into some good looking Czech nymphing swims and began to …well…Czech Nymph. 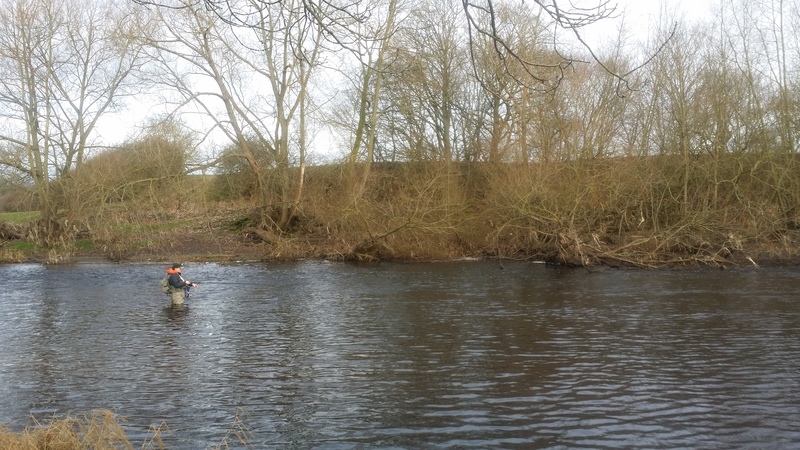 I was out up to my nethers and my word it was cold, despite all my layers but then it would be wouldn’t it with a leak in the crotch area of my chesties. 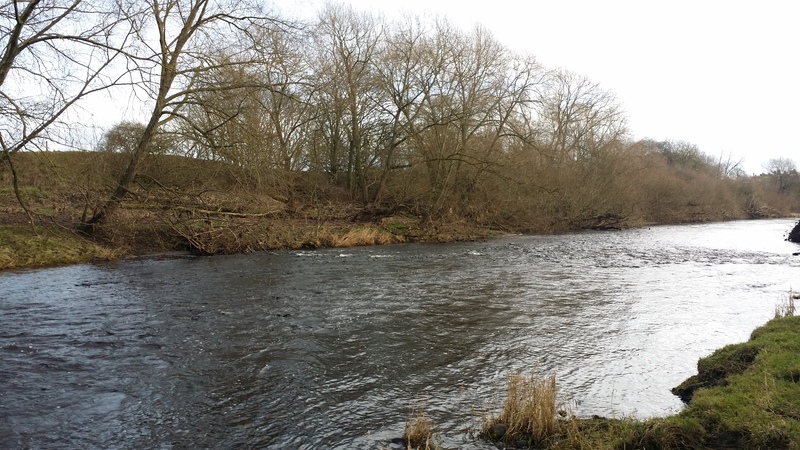 I fished some really good runs but didn’t get a bloody thing. As some kind of additional slap in the face I caught an actual hydropsychidae.. This is typical of the unusual things that happen to me whilst fishing. Who can forget such classics as ‘ Bob catches a dying rabbit in the Aire’ or ‘Bob catches a bumper haul of pornography’ on his last cast. Before you ask yes I did also try a small green Czech Nymph on my setup. 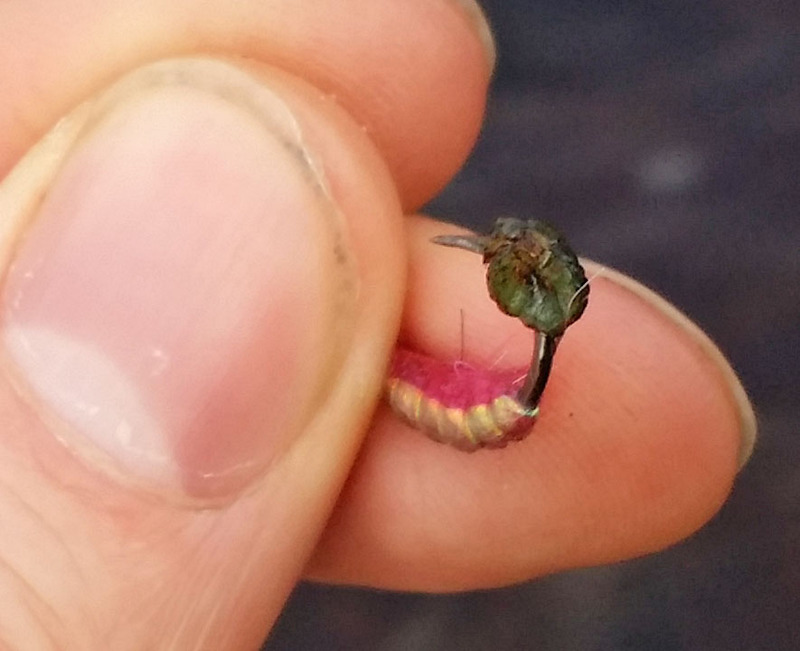 Meanwhile Stu was having a whale of a time pulling Grayling out whilst trotting. He only managed to photograph one of them but it was a cracking specimen that would have fought much better on a fly rod :-D. 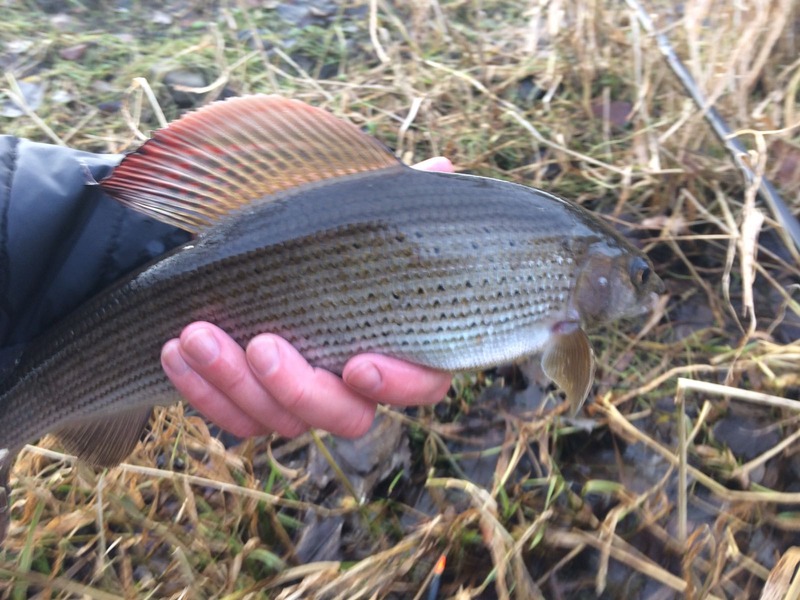 2 thoughts on “Fly vs maggot”