I was up in Aviemore last month for a spot of Winter Munro bagging and general Highland tomfoolery. As always I ended up buying a couple of books whilst I was there and am currently working my way to the end of The Big Grey Man of Ben MacDhui by Afflek Gray. Seeing as I’m quite interested in paranormal goings on there was no way I could pass up a book about ghostly sightings on a Scottish Munro.

The book is a collection of accounts from people who claim to have seen/experienced the presence of someone/something unexplained up on Ben MacDhui and other hills/remote places. What has struck me as I read each account is that most are almost identical to an experience I, um, experienced. Regular followers of this blog may recall what happened. Waaay back in 2011 myself, Phil and Stu had walked up to Fionn Loch to do some good ol’ hill loch brownie fishing. Phil headed off in one direction to fish his favourite lochan whilst myself and Stu made our way up the chain of lochs known as Na Tri Lochan. We bypassed the first one to go on and fish the largest of the 3 lochs. It is a truly beautiful place with a magnificent backdrop as you can see. 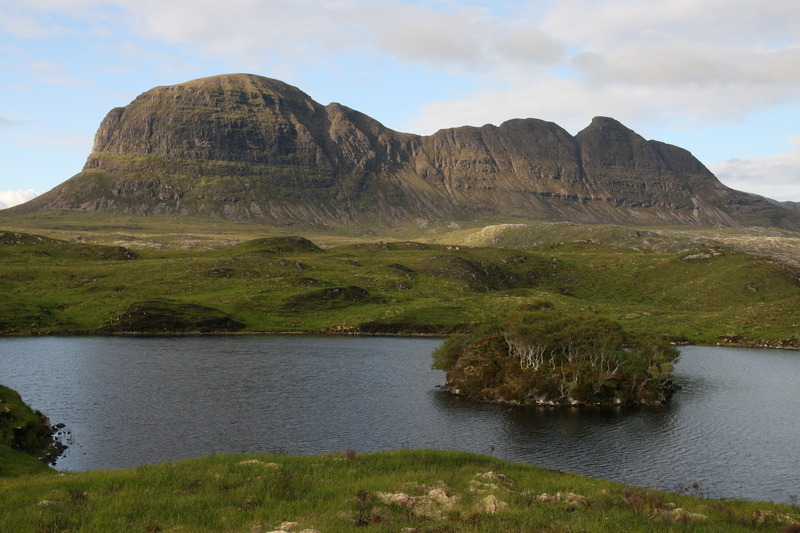 Stu quickly got into what felt like a reasonable fish and then just as rapidly parted company with it. He only hung around for another 30 mins before dropping back down the hill to fish the first loch. I was going nowhere, I was in hog heaven catching small wild brownies and looking at one of my favourite views in the world! I slowly worked along the shore catching a goodly amount of trout before breaking for lunch which was a Lochinver pie. Fabulous! I then continued into the ‘arm’ of the loch running East-West to fish the ripple. 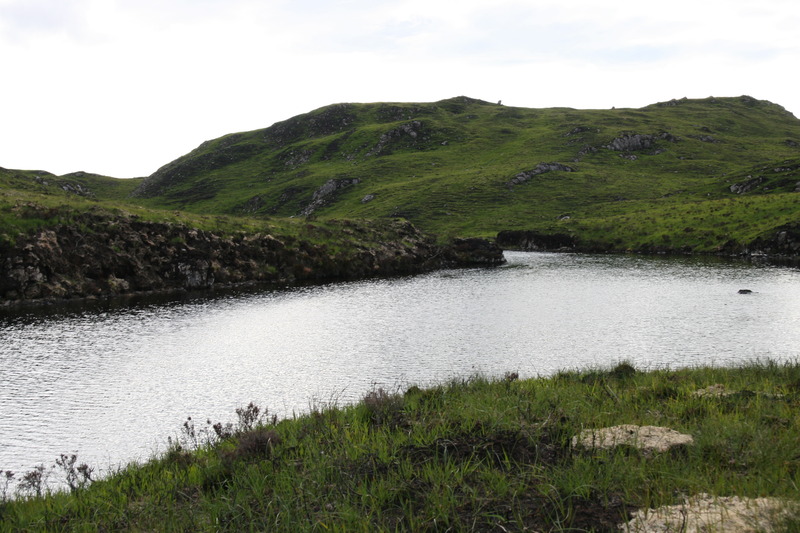 I moved from light into shadow, literally and perhaps also metaphorically. The wind which was putting a nice ripple on the water also brought with it a chill. I was in a gloom. Nevertheless I wanted to catch some more fish so I put my team out in some likely places. But whilst I fished the cold sank deeper into me, and I began feeling uneasy. You know as well as I do that feeling uneasy whilst fly fishing for wild brown trout on a hill loch in Assynt is preposterous. But the further I moved along that loch the more I became consumed with a creeping dread. Hairs began standing up on my neck. I felt as if each step was taking me into a different time, thousands of years before my one and it was not a happy one. Standing stones up on the Cnochs felt like part of the problem as well. I really had to have a word with myself and remember where I was in order to snap out of this nonsense. By this time Stu had headed back up to join me which to be honest was just what I needed to take my mind off it all. Where I stood was flat, open ground that was peppered with the remnants of heather stalks ravaged by fire which really did snap crackle and pop noisily as he walked up to me. He stopped right behind me. I turned around. He wasn’t there. There was no one there but the creeping dread now teetered on the edge of blind fucking panic. I got my shit together, put my point fly on the keeper ring and began speed marching back the way I came, barely able to stop myself running until I crossed the dark/light barrier at which point the world snapped back to how it should be. I cannot explain what happened. Half of that loch and its environs was now, the other half was then. Now was idyllic, then was overpowering malevolence.

I got back down to the first loch to find Stu fishing away at the far end, oblivious to what had happened. Thankfully I’ve never experienced anything like that in the Scottish hills before or since. I would however love to hear from any of you that have had experiences that are at all similar! There is definitely something going on, the sheer number of parallel accounts in Afflek Gray’s book assures me of that, but is it an external manifestation of some primitive, base, internal process or is there something out there?!

3 thoughts on “The Big Grey Man of Ben MacDhui”