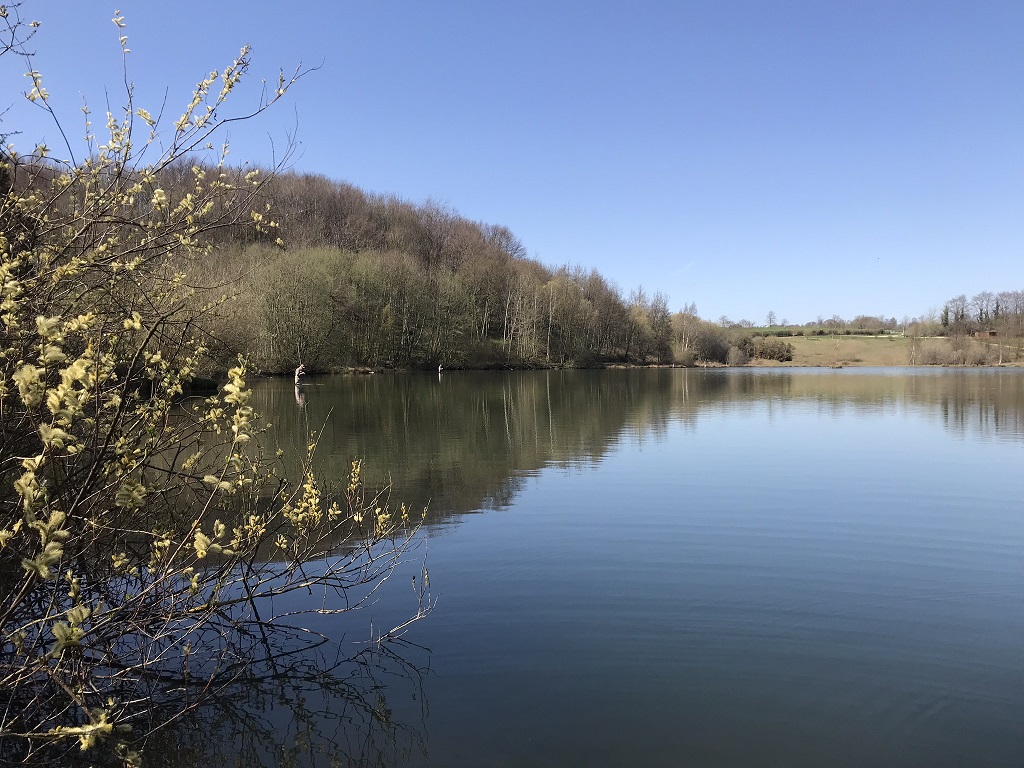 We’re into the back end of April and finally a trout fishing post!

This Thursday we had the first outing of 2018 for the Roundhay Fly Fishers and as always it was West Tanfield (AKA Tanfield Lodge)where we kicked our angling year off. We had the lake booked out exclusively for our ‘match’ but due to some miscommunication or whatever other anglers did still turn up. It worked out okay though as there was room to fit us all on.

For me the night before was spent frantically trying to re-assemble my trout fishing gear from all over the house and knock up another ‘Tanfield Twat‘ in case it was required. I was up relatively early on Thursday but my slow admin pace meant I departed just after 8am which placed me in prime time West Leeds rush hour traffic and boy was I hit hard. More agonies followed trying work my way through ‘Arrogate rush hour before finally arriving at Tanfield about 9:45 am. Oh but the weather. Today was spanking hot and it made a refreshing change to require a good ol’ lathering of sunscreen before I even tackled up. The latter consisted of my ever present Wychwood Quest 6 piece 6 weight with my nice new Snowbee Spectre reel and my 20 year old Leeda Dragonfly rod with Leeda Rimfly Concept reel.

I wandered (lonely as a cloud?) down to the lake and had a catch up with Matt who had already  caught a couple of rainbows from the ‘lagoon’ side of the spit (complete with resident Flamingos) then on to David who was also doing some damage.

It was mid morning before I actually got tackled up, further delayed by snipping the wrong end of a water knot, ugh. I commenced with my trophy winning CDC buzzer which unfortunately did not catch anything and subsequently managed to fall off my sheepskin fly patch. This has prompted an ‘enough is enough’ moment and I have ordered a Smith Creek (a what creek, you say?) fly patch thing.  I have previously wasted about £17 on a Wychwood Vue finder which has some great features but is let down by the clip mechanism which doesn’t do a very good job of attaching the device to your waistcoat. Anyway, I carried on trying different buzzers for an hour without any offers so stuck on a Hopper which immediately resulted in a couple of offers which I missed. 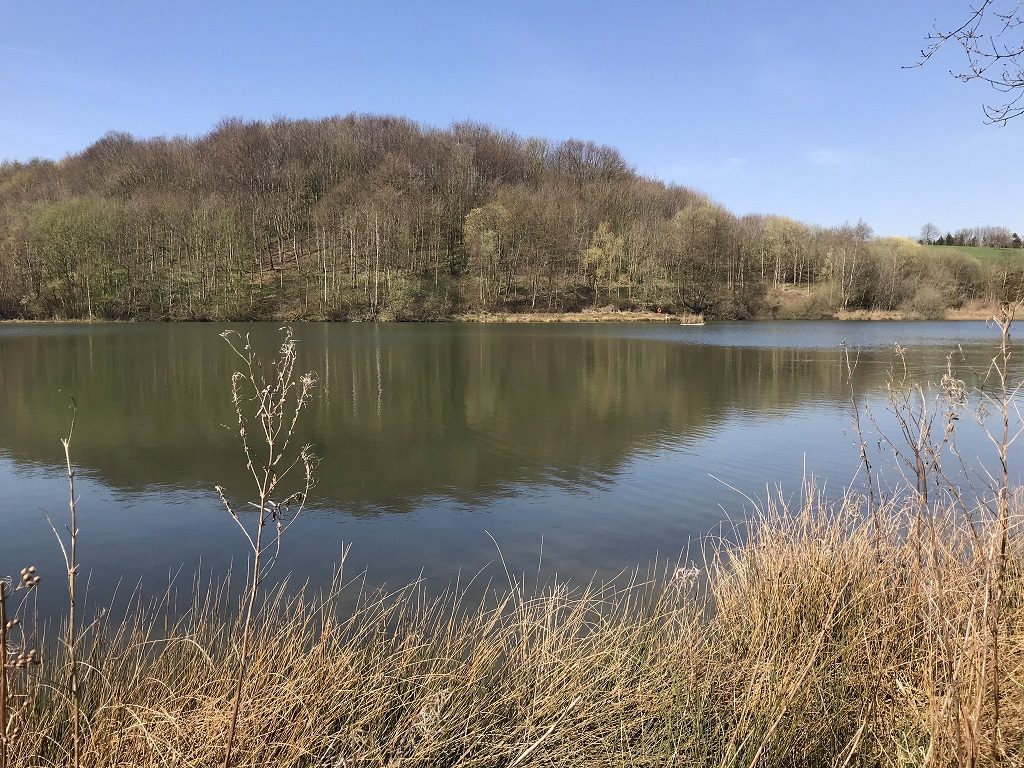 Eventually I became bored with this and decided to bang out a lure and pick up a few fish just to liven thing sup. Such overconfidence was rightly rewarded with zero fish to the net but to be fair I only had about 5 casts before realising I couldn’t be bothered lure fishing. Besides, my intermediate line wasn’t sinking, my fly wasn’t heavy enough (I forgot I usually deploy a goldhead lure with intermediate, non-gold head on medium sink) and my leader was way too long. And I was sweating like a pig in my PVC thigh waders!

Blessed relief came in the shape of lunch in Tanfield’s excellent fishing hut/lodge. It was good to catch up with everyone and have a bit of banter.

“Ach, Wiesenthal, how did you find us?!”

I also took delivery of 2 x 22 year old Trout & Salmon magazines which Martin had kindly dug out for me to borrow. They are his copies of the very first issues I bought of T & S and contained a feature by John Beer fishing some Highland lochs alongside ‘Philip’ and a horse. I can still remember that his style, and the subject matter, immediately appealed to me and his articles are still the ones I always ensure I read. I like how his sentences flow and even the deliberate abrupt ‘halts’ to the flow he uses still have a soft edge.

After lunch I moved around the lake, had a few roll casts from a tricky little bay before continuing on to the ‘West bank’ to do some more socialising  – all the time becoming ever more aware of the fact I simply could not be arsed actually doing any fishing! By the time I’d done a circuit of the lake I decided that I’d achieved what I needed out of the day, despite not landing a trout and should be off doing something else now which turned out to be helping my dad do some work in his garden!

The pink flamingo clearly brought Matt some good fortune as he ended the day with a winning total of 6 fish which is a good result on a day of blue skies and blazing sunshine. However, this result may be affected by the outcome of an inquiry into Matt’s flouting of Rule 37 (the wearing of shorts on a club outing). If Matt is stripped of his title the trophy may pass to David (although David is himself under investigation for wearing fingerless sun/stripping gloves in contravention of Rule 48)