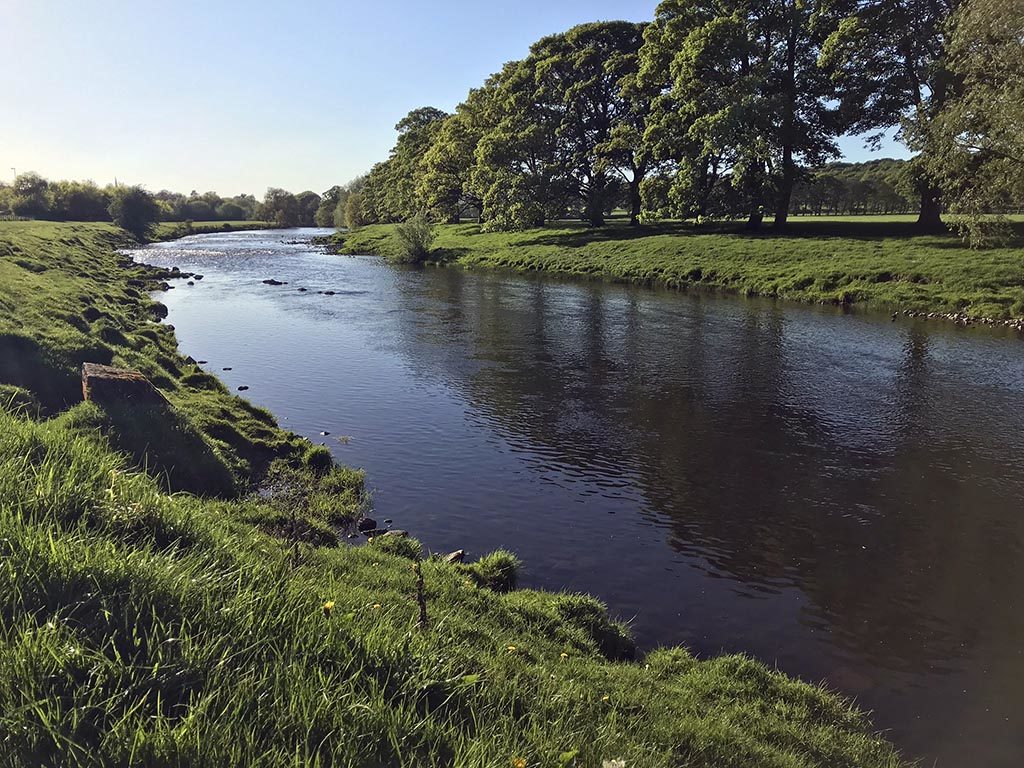 Quick post on my last outing. Contrary to the BBC’s forecast Sunday was in fact a day of sunshine and fairly decent temperatures. However the days of waking up and pissing off for a full day’s fishing are almost gone now as home ownership generates an endless list of chores and tasks that chip away at your conscience until you bastard well have to do something about them. By the time I’d ticked a few jobs off and dug out my river fishing gear it was very late afternoon which meant my only option was our club stretch of the Wharfe.

If nothing else today was a chance to try out my new Airflo Outlander Vest & Backpack. I spent quite some time trying to work out what should go where but did very much like the external pocket which seems custom made for a small Thermos 🙂 .  You can see that some R&D must have gone into it, lots of well placed zips,  pockets, adjustment straps  etc and a nice touch is the 3 D-rings on the back to allow you to find a position for your net where a bulging pack won’t interfere. However I did find that re-attaching my net after use wasn’t so easy so will have to carry out further investigations into this. 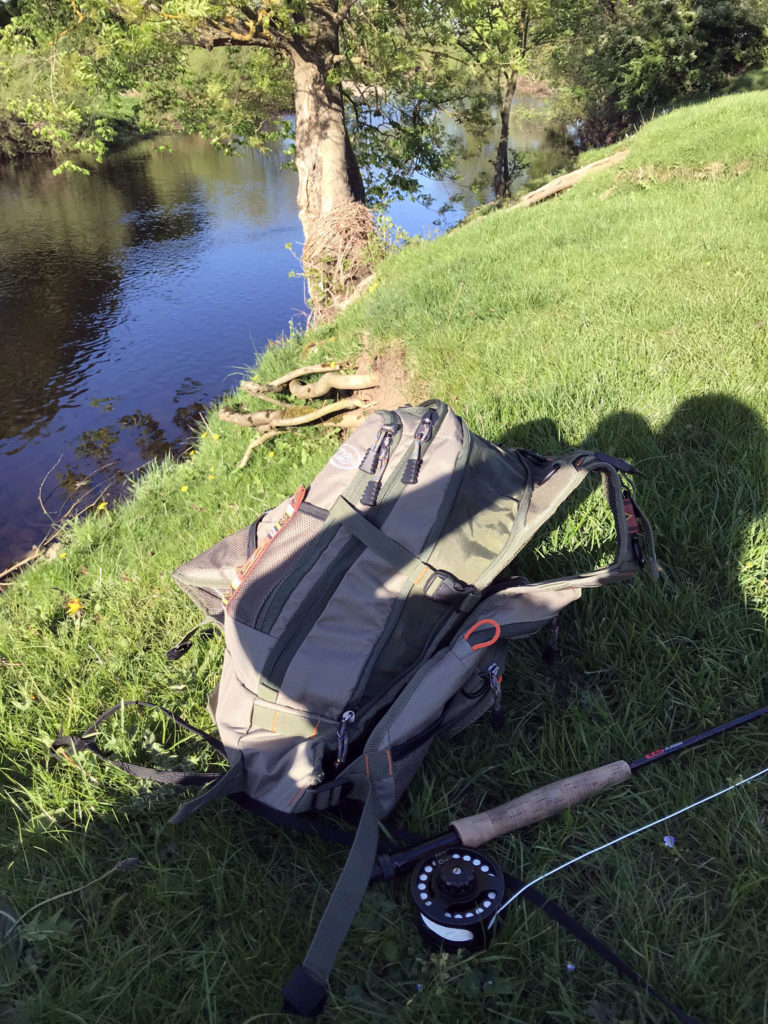 I had high hopes of upstream dry or nymph but the wind was barrelling down from the NW so I turned myself around and accepted my fate! Down and across seems to be much maligned nowadays but sometimes you just gotta go with what you’re comfortable with. I had a size 14 Hare’s Ear nymph on point and a wet Olive imitation on the dropper and just let them swing round in the current on both a short and a long line. I was eventually rewarded with small but very welcome little brownie which went back like a rocket, good show! Another fish came about 30 minutes later and was a bit bigger but pinged off before I could get a photo. Not long after this the Canadian Air Force C17 Globemaster III that had landed at LBA earlier that weekend finally departed and (as I had hoped) flew over me whilst I was in the river.

By about 8:30pm the wind was getting unpleasantly cool and a couple of trout with a military flypast is enough in the space of 90 minutes. It was nice to not blank but the reality is that I go river fishing so little nowadays that I feel like I’m losing whatever ability I may have had in this arena and need to spend a bit of time with a guide to sharpen my skills again. We shall see!