I managed to squeeze in an extended May Bank Holiday trip to the NW Highlands last month with my girlfriend. It was more about enjoying the scenery, having a relatively relaxing few days and soaking up the almost unheard of amounts of sunshine but naturally I stashed a rod in the boot. We camped in Kinlochewe for a few nights which is at the end of the magnificent Loch Maree, a mighty big stretch of water overlooked by a gigantic fortress of rock called ‘The Spear’ (Slioch). Our regular reader may recall I camped behind Slioch a couple of years ago to fish the loch there and also climb the mountain itself. 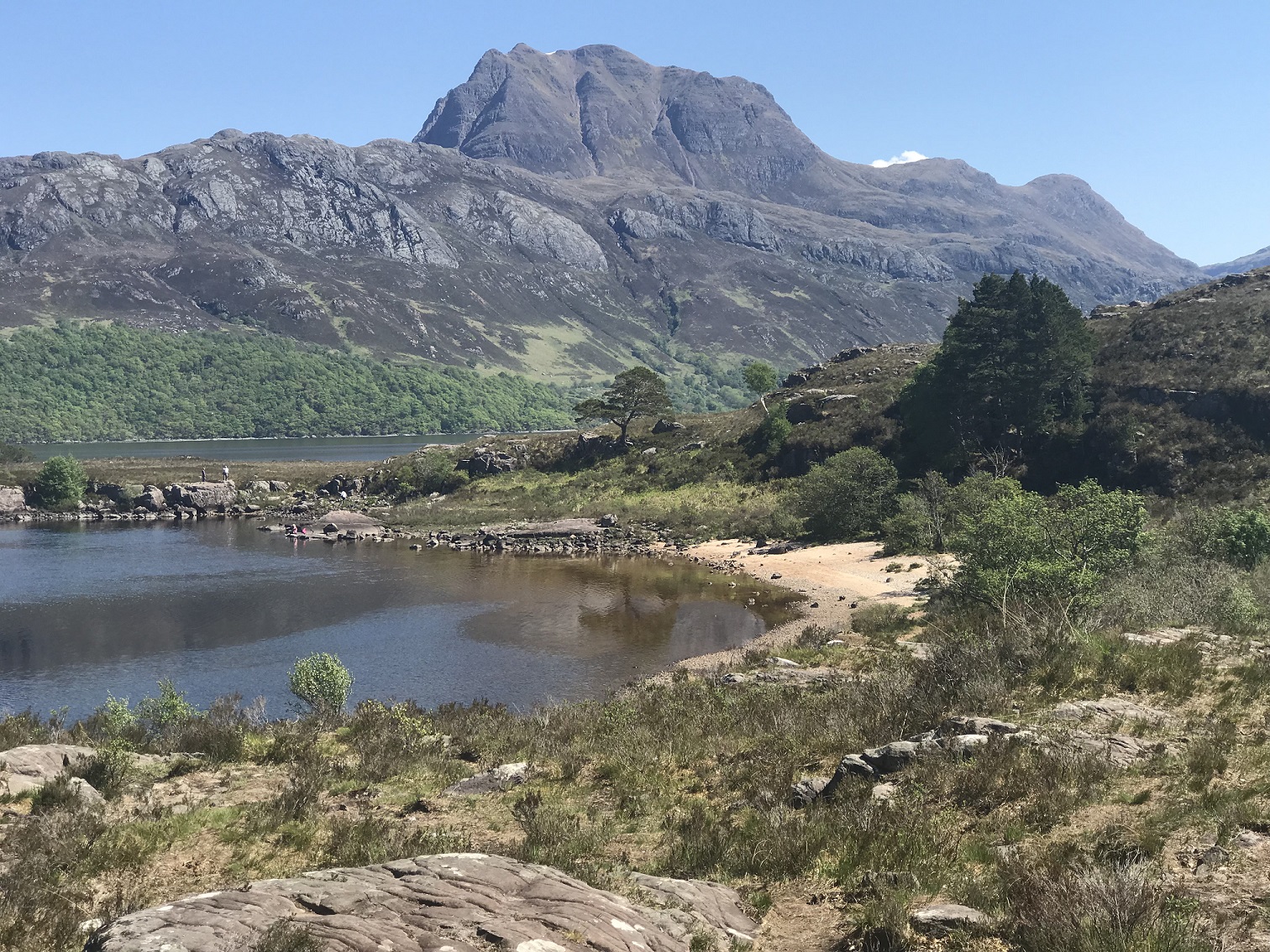 As well as some high level pottering we did manage to do the Beinn Eighe Mountain Trail which is a stiff little walk into the hills through stunning scenery and a goodly amount of Scots Pine. 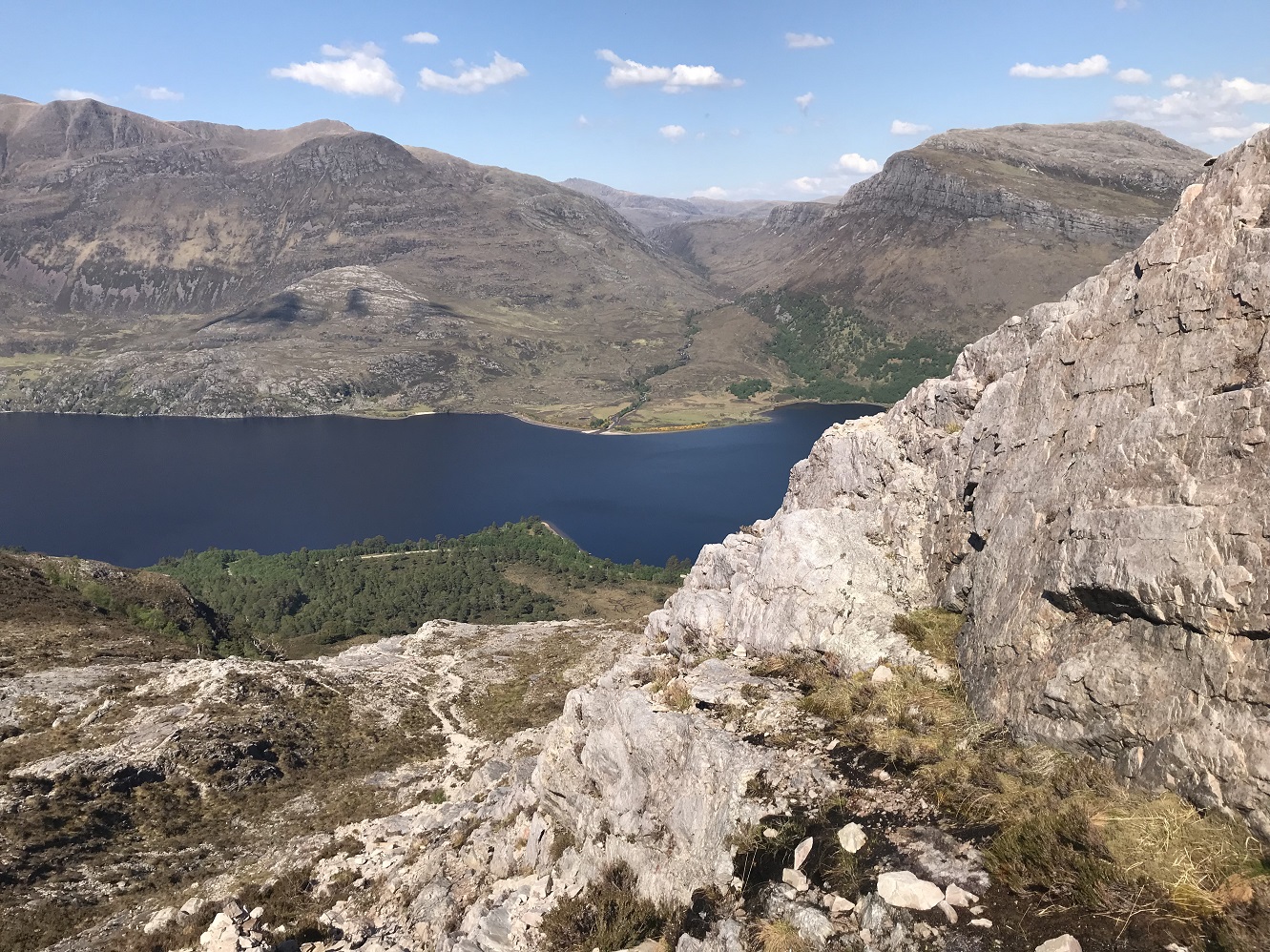 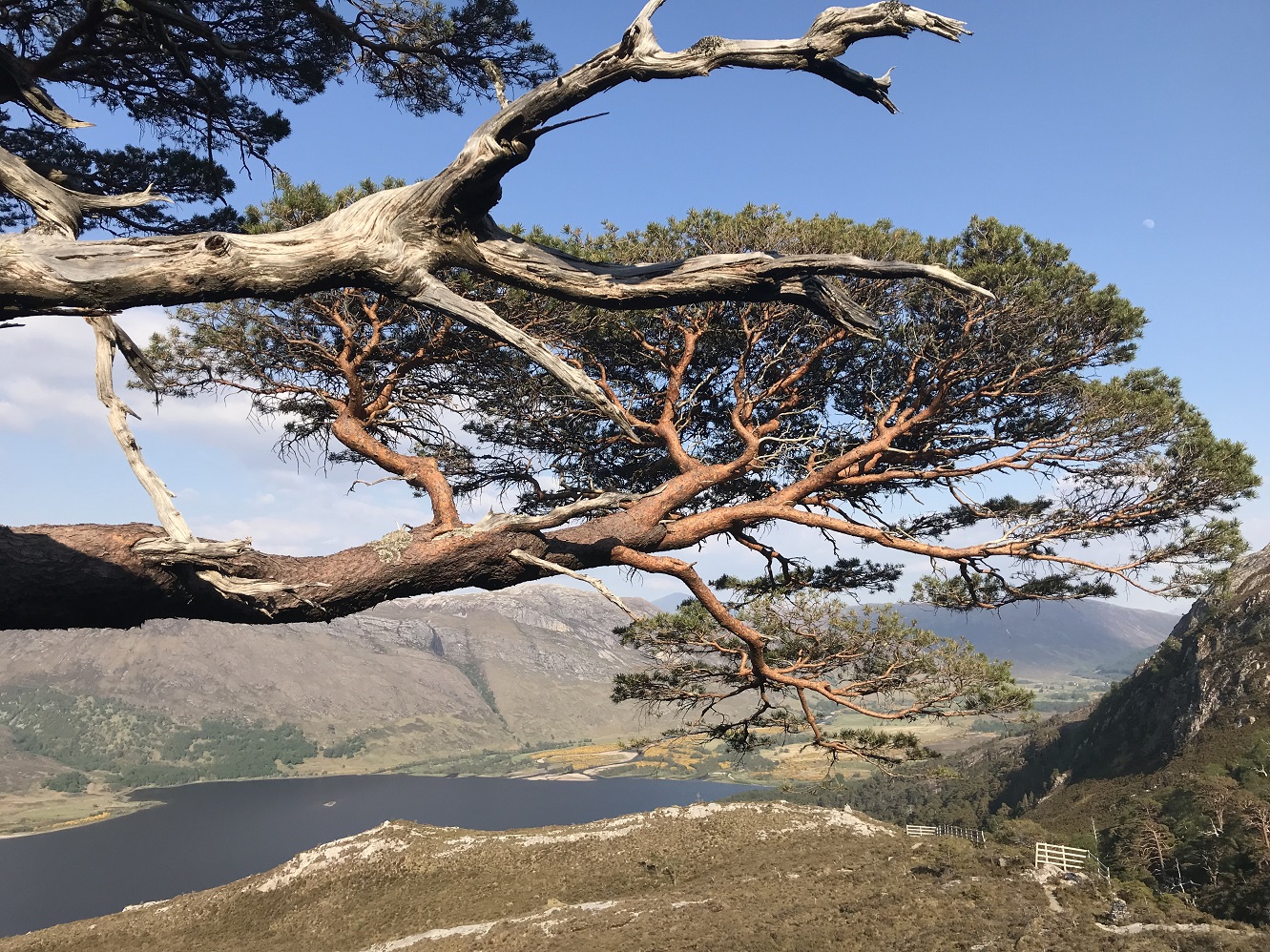 This is turning into a travelogue really isn’t it, it’s all a bit “and then we did this (slide) and saw this (next slide) and then we went here…”. But I may as well continue to remind you all just exactly how magnificent this part of the world is! It’s unbelievable to think we came this way in 2008 for a fishing holiday and were a bit underwhelmed but that’s what happens when the you spend an entire week in pissing rain and cloud with almost zero views – we never even saw Slioch!

Of course, spending nearly a week in the Highlands in glorious weather meant I had to scratch some itches. By Saturday my urge to climb a Munro was significant and I decided to do Beinn Alligin which I have often admired from the other side of Loch Torridon. Boy did I pick a day to do it! I won’t try and do walk report, Walkhighlands is your place for that but here’s a few pictures I took on the day. 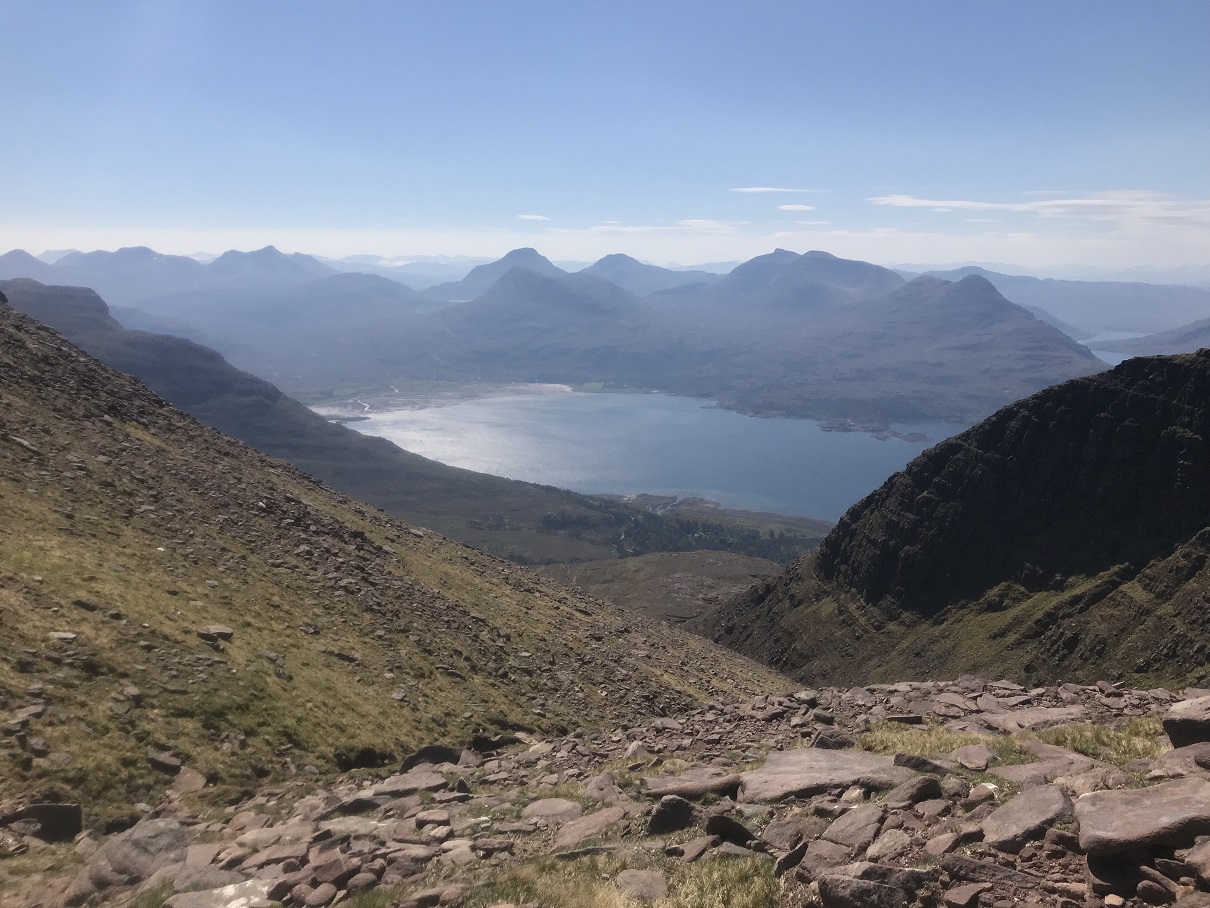 Looking over to the other side of Loch Torridon 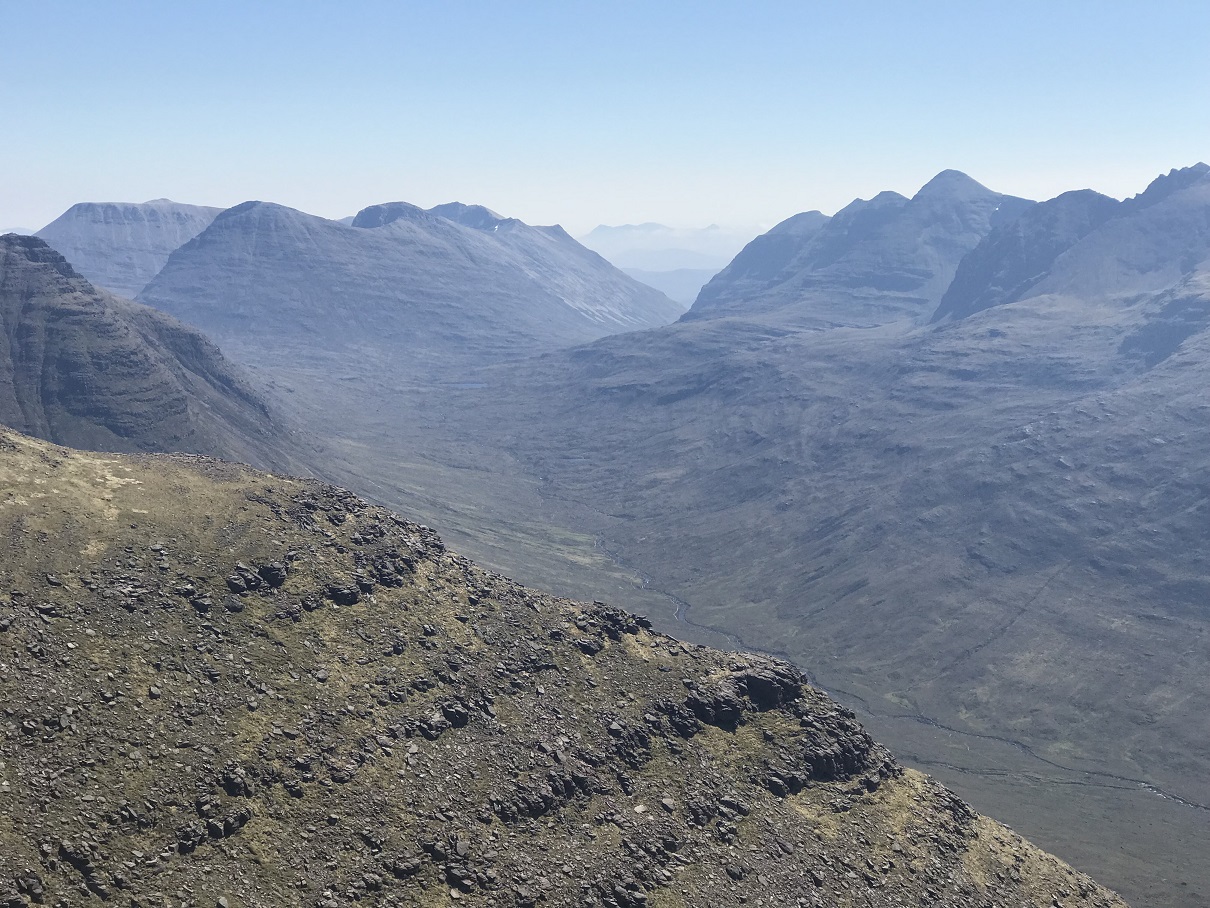 Looking back of Glen Torridon 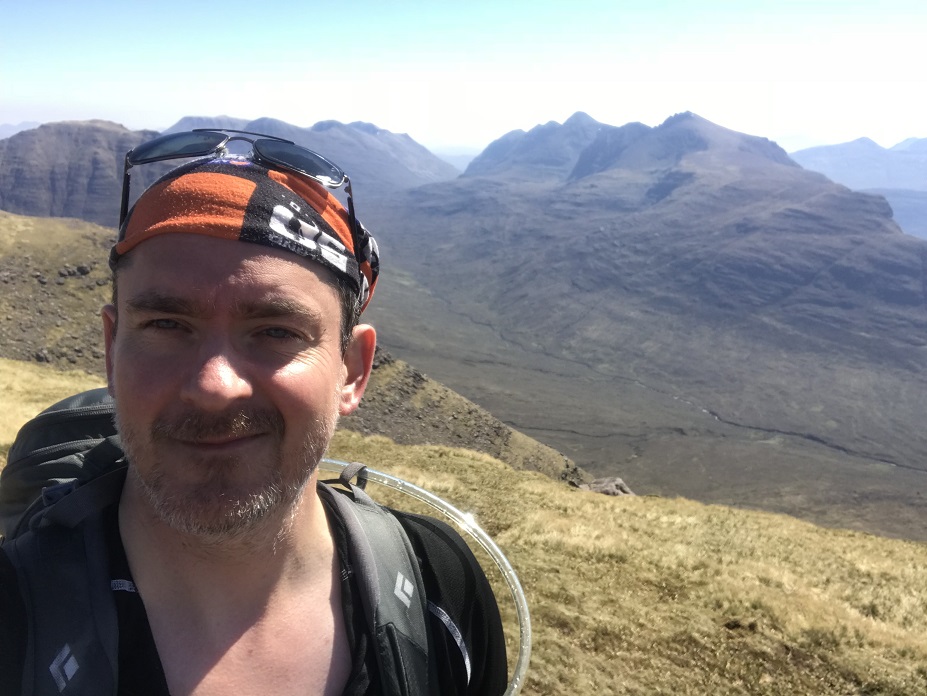 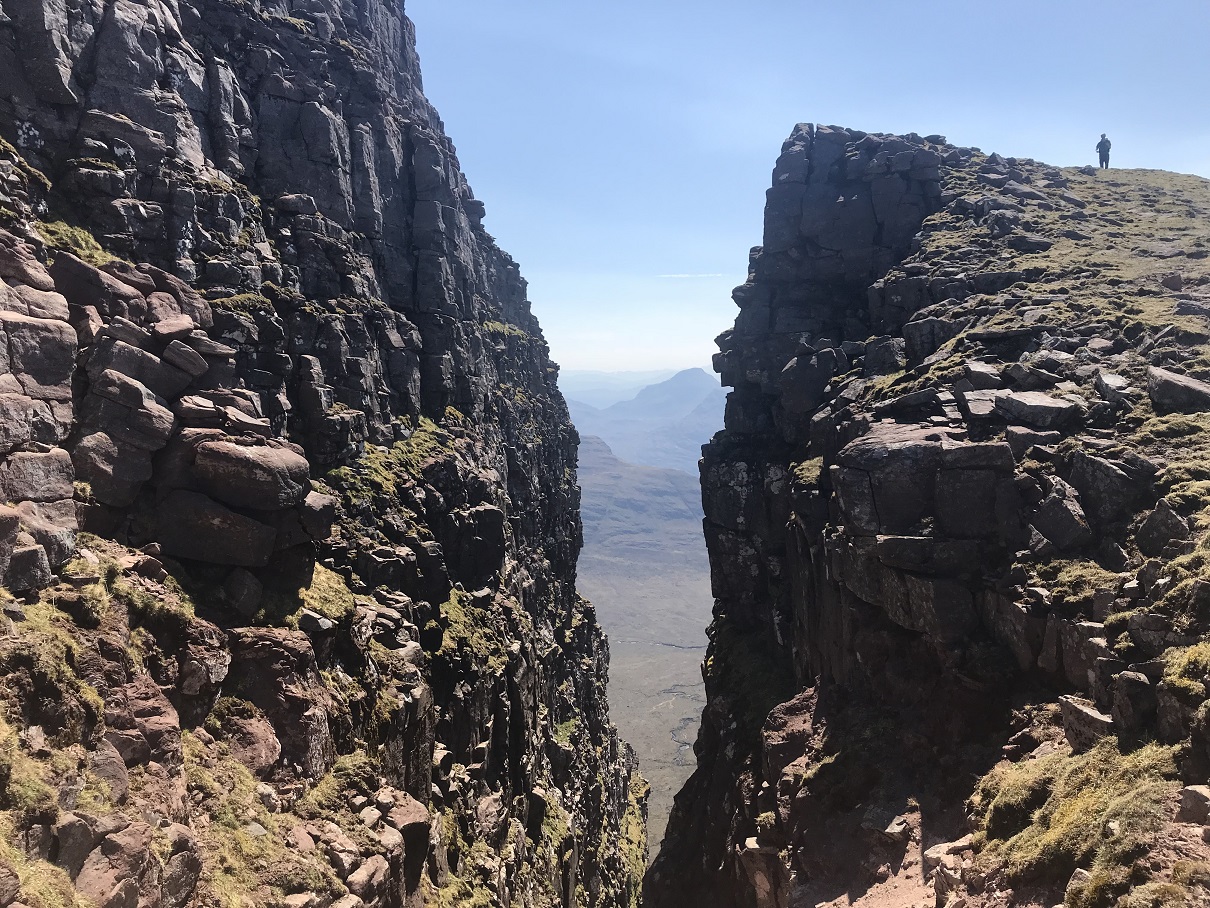 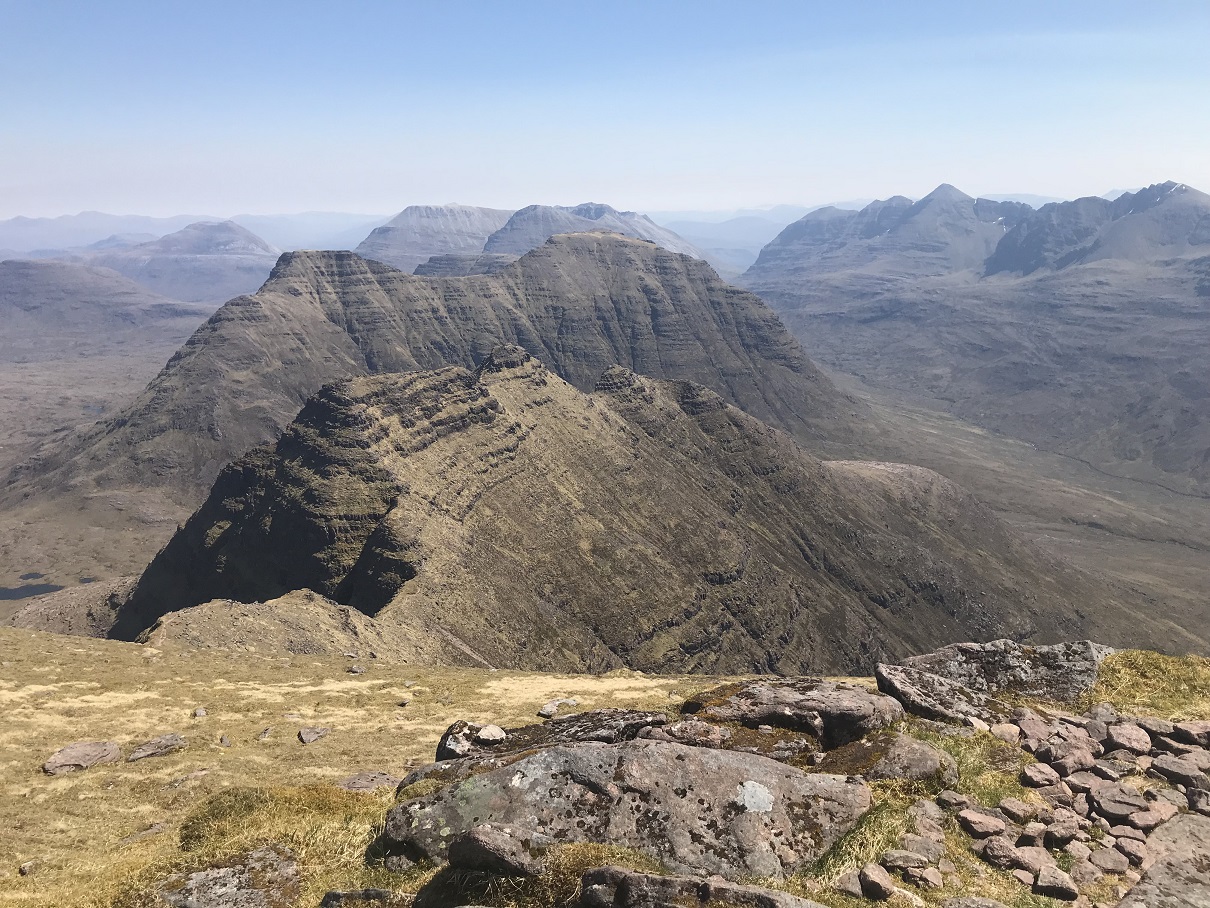 Foreground is the rest of ridge left to do, behind is Beinn Dearg 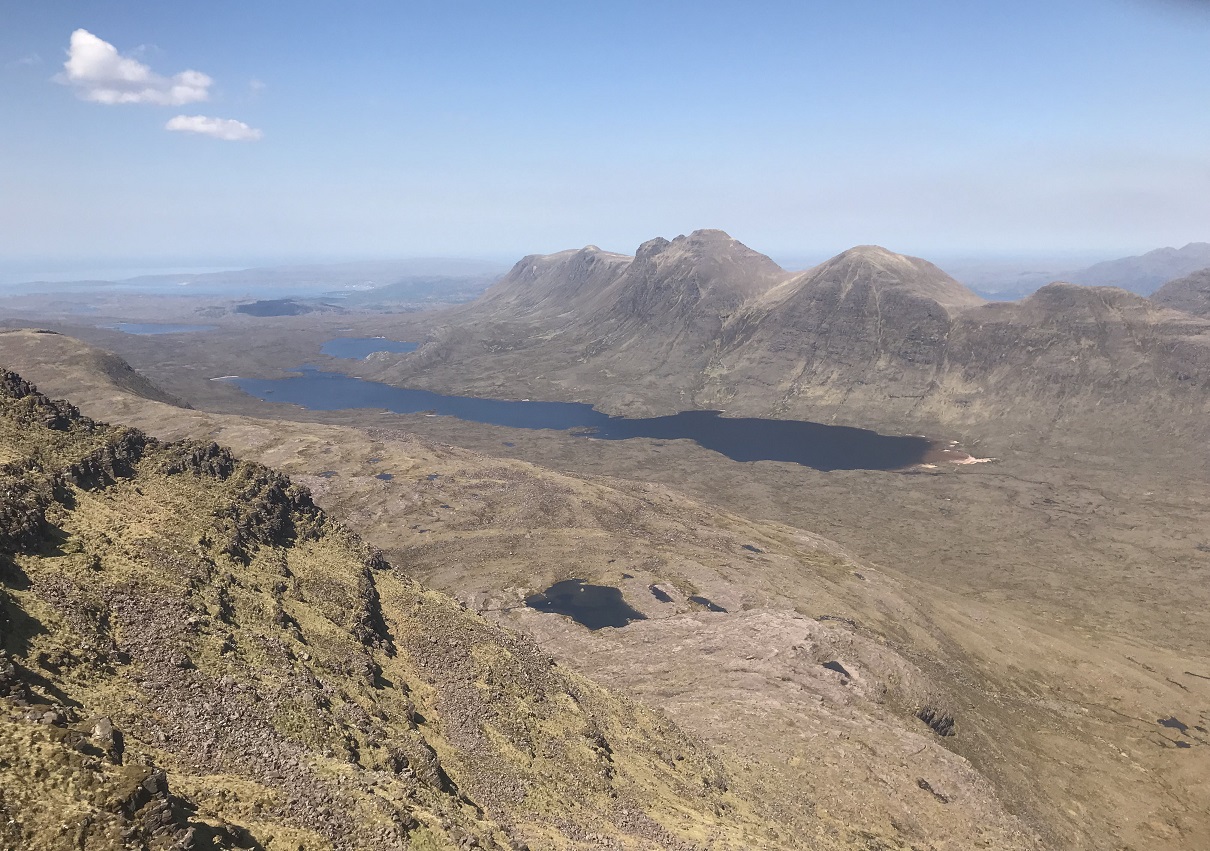 We fished this loch last year!

A truly stunning mountain day that I really took my time over as I did not want it to end! Epic!

And yet there was still another itch left to scratch so Sunday we parked next to a roadside loch just outside of Gairloch, I’m sure you know the one,  and walked out across the bone dry heath and tussocks to find a nice little bay to plot up at.

The area is already far too dry and indeed there were 2 or 3 serious fires across the Highlands and Islands that week. 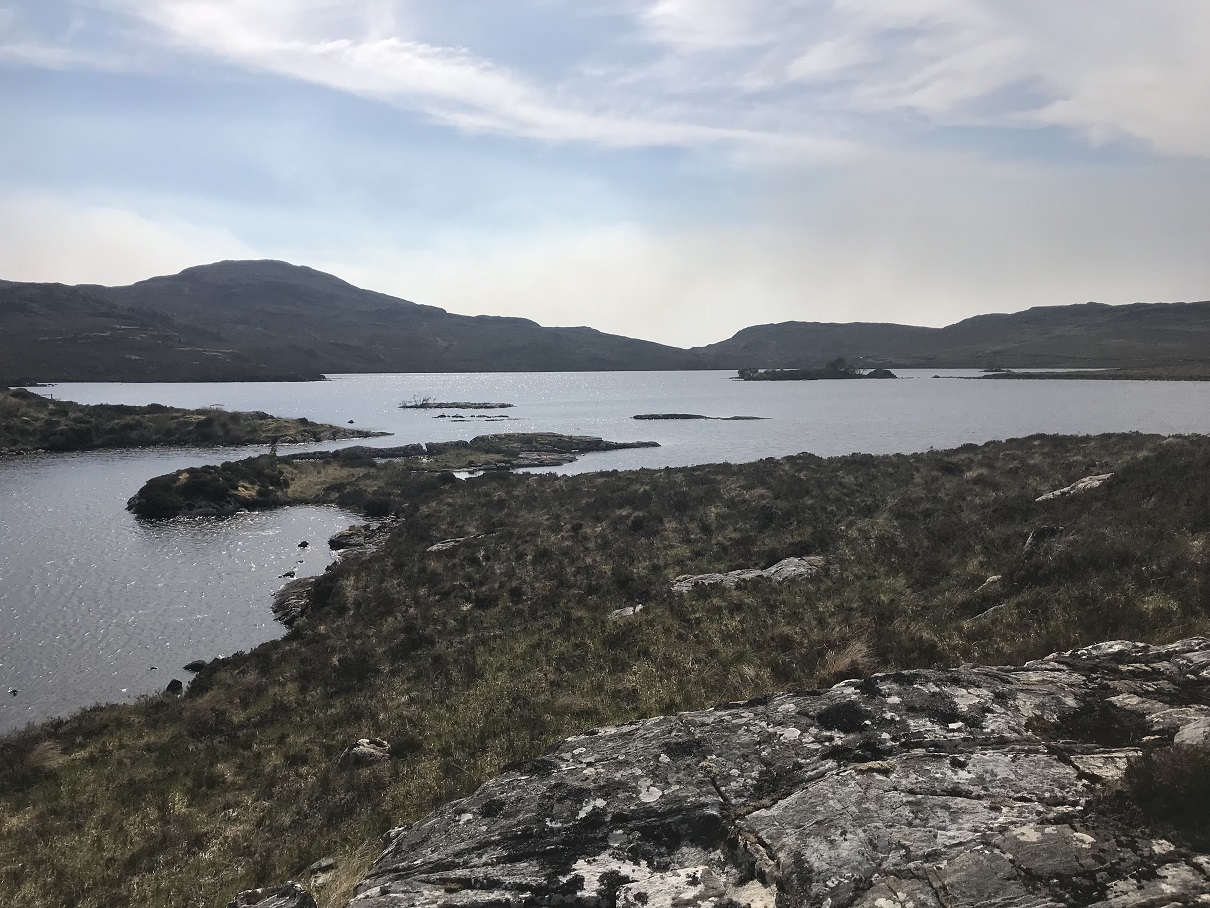 Cast number 2 (what did I have on? think it was Kate McLaren and a Soldier Palmer Muddler) and I got a right old pull. It was hard fighting, lean mean half, maybe three quarter pound Highland brownie! 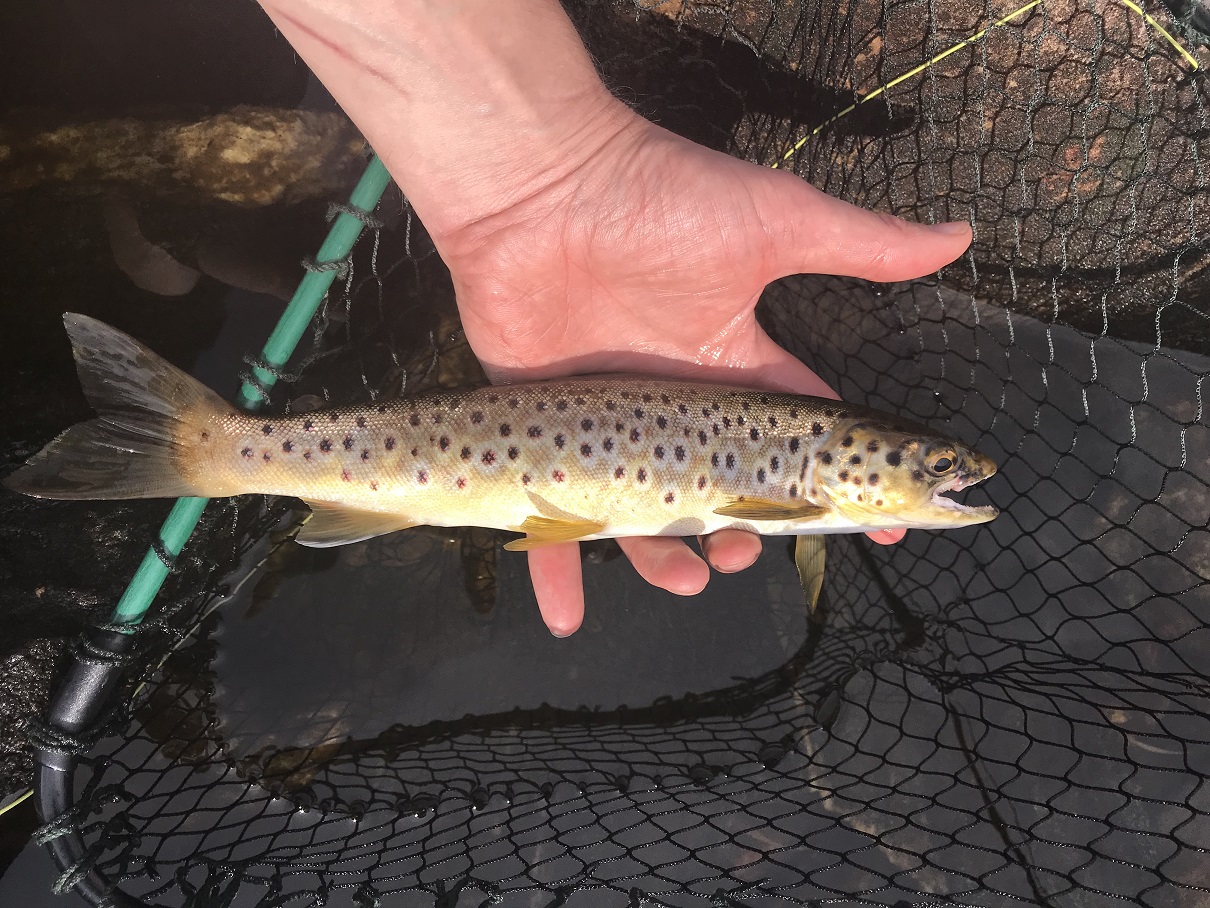 For the next hour I pottered down one side of the arm that extends in a roughly Southern direction and had a few chucks here and there. I picked up 3 or 4 fish and lost a few more, all tough little buggers. 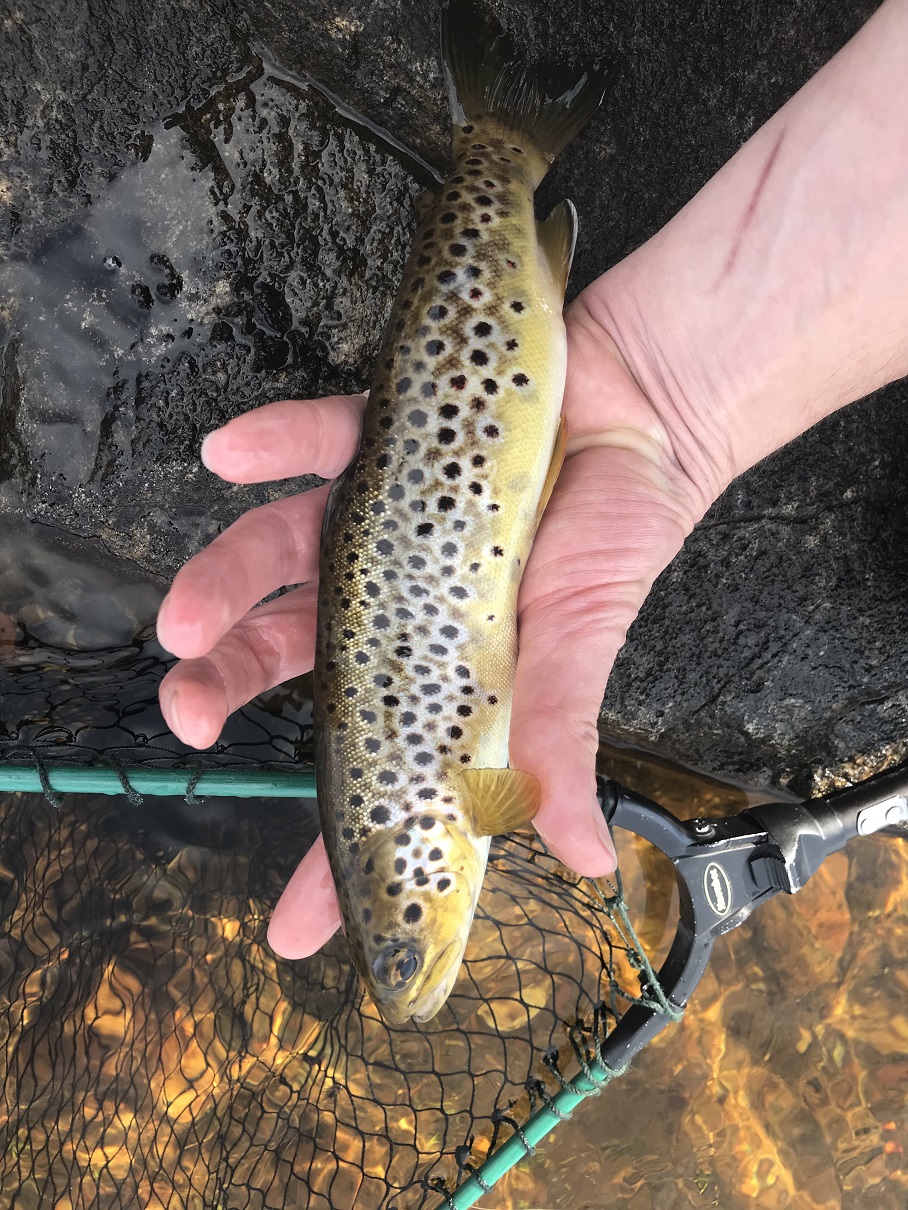 For a roadside loch it’s certainly got some fine scenery although as Bruce says, it is ‘disfigured’ at the other end by fish cages but I thankfully couldn’t see them from where I was.

Right so there you go, a bonus little Highland blog post. This week I have assumed the familiar Tantric position in the lounge with Bruce’s Bible, Cathel’s Assynt Angling Guide, the iPad and a rake of 1:25 thou OS maps all spread out around me because there is thankfully an Assynt 2018 Fishing Holiday in the pipeline…stay tuned folks!