**Please note this ‘review’ is rather old, prices and allsorts of other stuff may have changed since this visit. Make sure you scroll to the bottom of the article to see user comments which are usually much more up to date**

When several fellow members of the elite Roundhay Fly Fishers club set about planning a visit to Leighton, myself and Stu immediately added our names to the list. Here was motivation to get out to another new venue and judging by what we’d read it was also a damn good place to fish. We could also be confident that although only a handful of guys from the club would be going, their cumulative total of hours angling experience ran into the 10s of millions and could be relied upon for ideas to draw upon in times of need. It is not my place to comment on the rumours that these hard, pipe-hittin’ anglers have their wader sizes tattooed under their arms, or that they can sometimes catch and return a fish so fast that no-one else even sees it. Ever.

Leighton reservoir is near Masham in Wensleydale. It’s a big old water -we’re talking about over 100 acres and up to 100ft deep in places. During our visit we only covered one long bank and part of the dam so there’s plenty to go at although the wind will often dictate where you can and can’t comfortably fish without getting a face full of dog-nobbler. Before you start fishing you buy your ticket from the fishing hut. If you were coming from Masham direction, after you come through Healey hang a left and stay on this road, it crosses a river and eventually runs along the Northern shore of Leighton Reservoir. You’ll see the car park with the fishing ‘office’ and facilities on your right. Make sure you have the correct change as you have to insert your money into an envelope and post it into a deposit box. 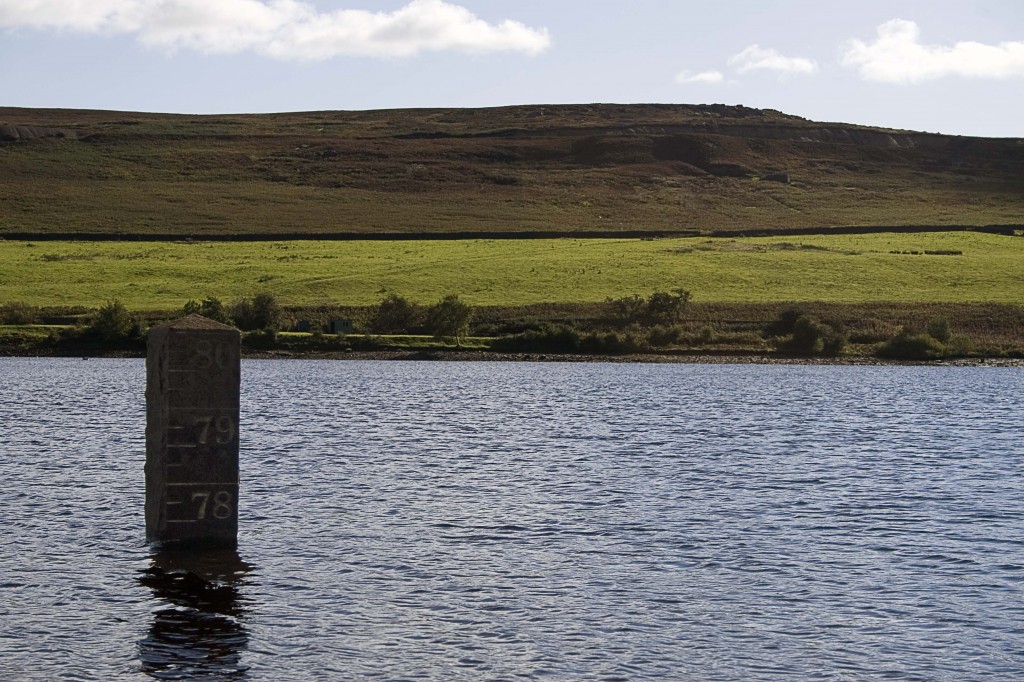 After posting our money we walked down to the reservoir and followed the path along the North shore towards the dam in order to join the rest of our club that had arrived considerably earlier in the day. Bearing in mind it was the first week in October the weather was glorious and looking around Leighton I felt a seriously good ‘vibe’ about this place. Hills clad with a mixture of coniferous and deciduous woodland, fields and moorland surround the reservoir and on our visit the water shone a vivid, deep blue in the autumn sunshine. We cantered along the path, excitedly recounting information we’d both gleaned from the web about Leighton’s big fish reputation and mulling over whether to take one fish or two…maybe more! Up at the dam, we chatted to our early rising colleagues who had been fishing for a couple of hours already and discovered some had landed four or five fish, fish up to 5lb. They had caught most of these off the Northern shore but when the wind changed direction the takes stopped and they’d moved round onto the dam where action had continued but in a more sporadic fashion.

Although the wind was coming from behind casting was tricky due to the high dam wall behind. Or should that be damn high wall? Anyway, I found myself tackling up in super-fast time so I could start fishing, and hopefully catch the tail end of the action that was still taking place around me. I could see one of our rods bent into a fish further along the dam and a couple of fish rose out in front of me, albeit just outside of my casting ability. I put up two rods, one with a medium sinker and a lure, and the other with a floating line and a nymph/buzzer team and began fishing in earnest with the latter. It soon became clear that casting any sort of distance straight out in front whilst on the dam is very difficult due to the proximity of that infernal wall, despite trying a form of ‘steeple’ cast so I resorted to casting at a slight diagonal. Not that it bloody mattered, I may as well have turned round and fished my flies on the damn wall seeing as I didn’t manage to get a single offer even though couple of the guys around me were still getting fish. I abandoned fishing for a while and wandered off to take some pictures, including a few of the old City of Leeds crest on the stonework! Presumably Leighton used to provide drinking water for Leeds?!

Having a break from fishing, and eating a sizeable chunk of my packed lunch left me with renewed confidence. My theory is that this can really make a difference when you’re not catching. You’re getting no action but you keep fishing hard, your retrieves become uniform and repetitive, your casting gets worse as you tire and presentation suffers thereby lessening your chances of catching anything, and the circle continues ad infinitum! Having a break and replenishing your energy is the way forward!

By now the wind had changed direction again so we began to filter off the dam and take up stations along the North shore, spread out in pockets of two or three. I was only a couple of hundred yards down from the damn and had waded out quite a long way before the water started to shelve off. My weapon of choice was a weighted longshank fritz creation (on a floating line) because, on the whole, this place has a reputation for fishing best to lures. After what seemed like an eternity I was startled out of my inevitable fishless torpor by a shap tug on the other end of my line, followed by a short but promising run. The fish shook his head, took off, came back, swirled at the surface but I knew he wasn’t coming off. Unsurprisingly, he then proceeded to ping off. In retrospect, what I said about his parents was harsh but I was angry.

No more action was had in this area so myself and Stu trudged back along the North shore and fished what could variously be described as an arm or a long bay, where several other anglers were lined up. Gotta be a hotspot! Once again I was struck by how attractive Leighton is, the scenery is most impressive and it was a crying shame that I kept getting distracted by motorbikes scrambling up hill/down dale within earshot of the reservoir. I saw a couple of fish caught further down the shore from me but myself and Stu caught nothing during the good hour we spent in this area. Even when two fish began actively feeding just on the inside edge of our casting limit, we couldn’t interest them with dries, wets or lures.

I was just about to add that it felt like I was chasing rainbows when I realised it was a horrendous pun of enormous magnitude! Finally, a passing angler who was packing up saw our miserable little faces and gave us the inside knowledge. The road that runs alongside the reservoir crosses the ‘arm’ we were fishing – the bay on the other side of this bridge was, he assured, the place to be. He’d been having a whale of a time down there! We followed his advice and spent our last 40 minutes thoroughly blanking in this decidedly odd part of the reservoir which had a slightly creepy atmosphere to it. At the end of this session we decided enough was enough and began packing up. A father and son duo turned up and chatted briefly with us before moving on to fish the same water we’d been on, and within a couple of minutes the younger of the two was landing a fish. Oh well. 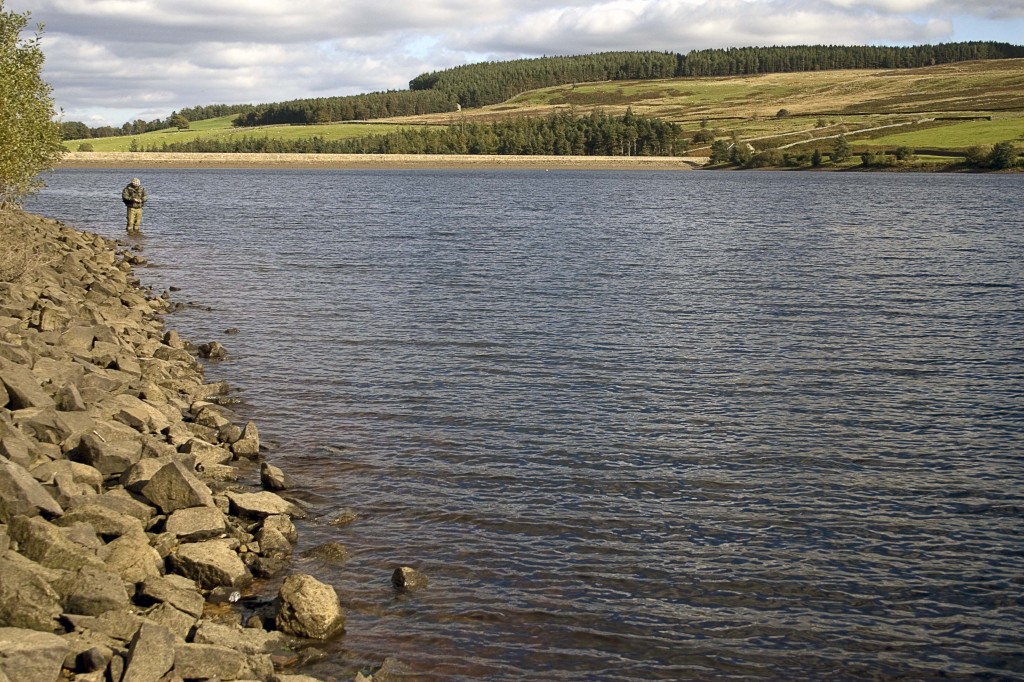 Leighton is a big, wind swept place. The scenery will not disappoint, but you need to deal with and adapt to the wind, as you would on any exposed water of this size and location (800ft above sea level). It really felt as if we’d turned up a few hours too late and spent the remainder of the day two steps behind the fish. I’m guessing changes in wind direction and shoal location account for that. We only fished part of the available bank, there’s so much more to go at that a return visit is needed. The fish I did see caught by others were good solid slabs of rainbow, I felt jealous, and the one I played certainly felt substantial. ‘Naturals’ don’t seem to be the order of the day here so make sure you have your lures with you. 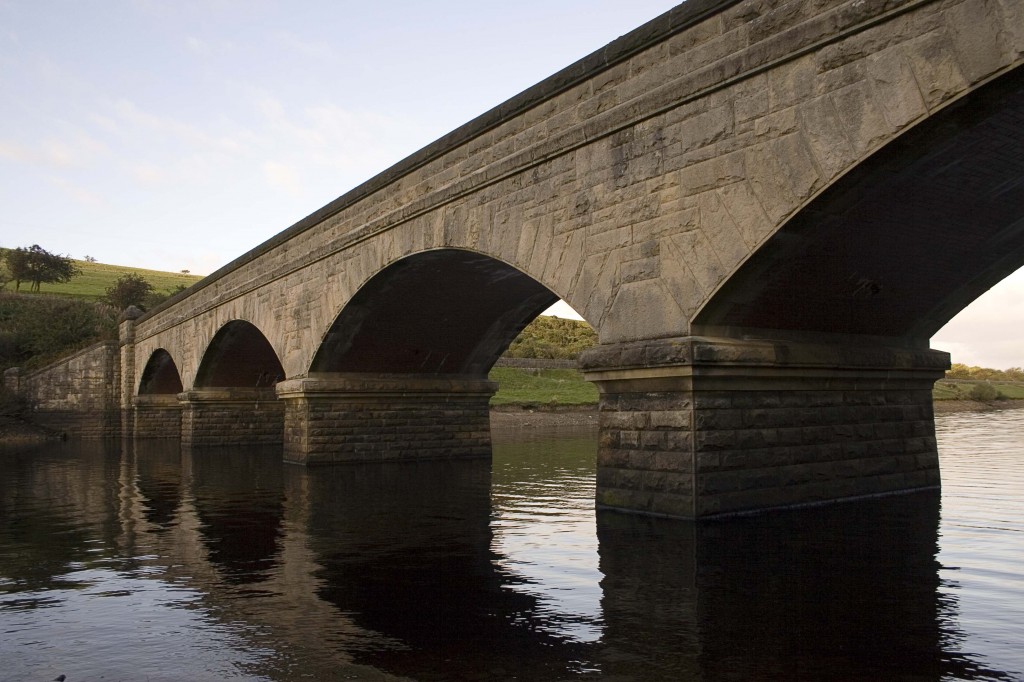 Bank fishing only
Barbless or de-barbed hooks must be used