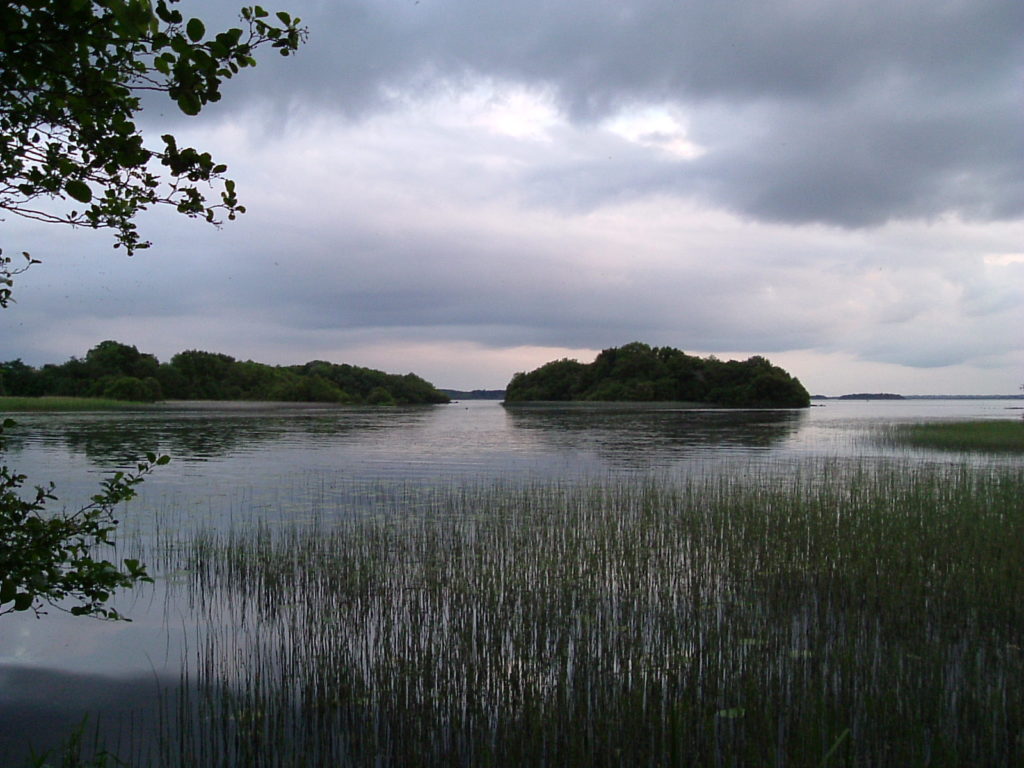 2004 saw a departure from our usual yearly pilgrimage to Scotland for a week of fishing. After much deliberation we decided upon a trip to Ireland after having read and heard glowing reports of the quality of angling, both game and course. Much trawling of the internet resulted in the discovery of an idyllic cottage on the shores of Lough Sheelin, apparently famed for its magnificent wild brown trout and an abundance of pike.

Located in the North Midlands on the borders of Cavan, Meath and Westmeath, Lough Sheelin is an impressive 4 miles long and up to a mile wide in places. The evening we arrived at our cottage in Captain’s Bay was glorious. Sitting out on the decking whilst drinking cold beers and enjoying the last rays of sunshine it seemed clear we were about to die and go to heaven for the next 7 days. Well, unsurprisingly the Gods had different ideas and spent the next week beating the boyish enthusiasm out of us until we twitched uncontrollably at the mere mention of Sheelin.

The following day saw our first encounter with the ghillie we would be using during our stay on the shores of the lough, John Murphy (along with some filthy weather). John is without a shadow of a doubt a living legend and proved to be one of the highlights of our ill-fated holiday with his tall-tales and incessant banter. His knowledge of the lough is also second-to-none. If you are fishing Sheelin for the first time then before you even think about going out on the water you need to hire the services of a ghillie and I would not hesitate to send you John’s way. 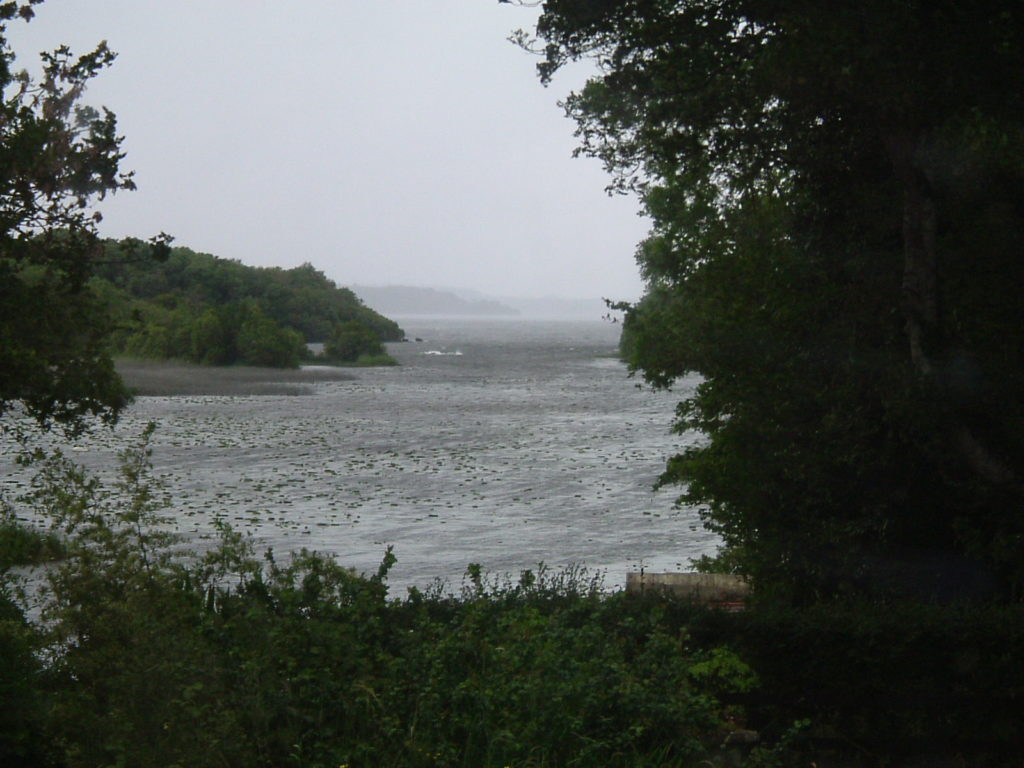 John took us out fishing later that same day but the omens were never good. Once every few years a mysterious disease devastates the roach population of Lough Sheelin for a week and with weary predictability we had that week for our holiday. Our secondary mission objective for the holiday had been to wreak havoc with Sheelin’s pike but they were now gleefully wallowing round the lough mopping up recently deceased roach. Dropping a plug or pike fly in front of their smug little faces was like waving a raw steak in front of a vegan.

It was a minor miracle that we finished the holiday with 3 pike to our name, all on plugs and caught around reed beds in one of the bays. That left primary objective number one, the wild brownies, and once again we had lucked out because we had arrived just as the ‘spent gnat’ finished. 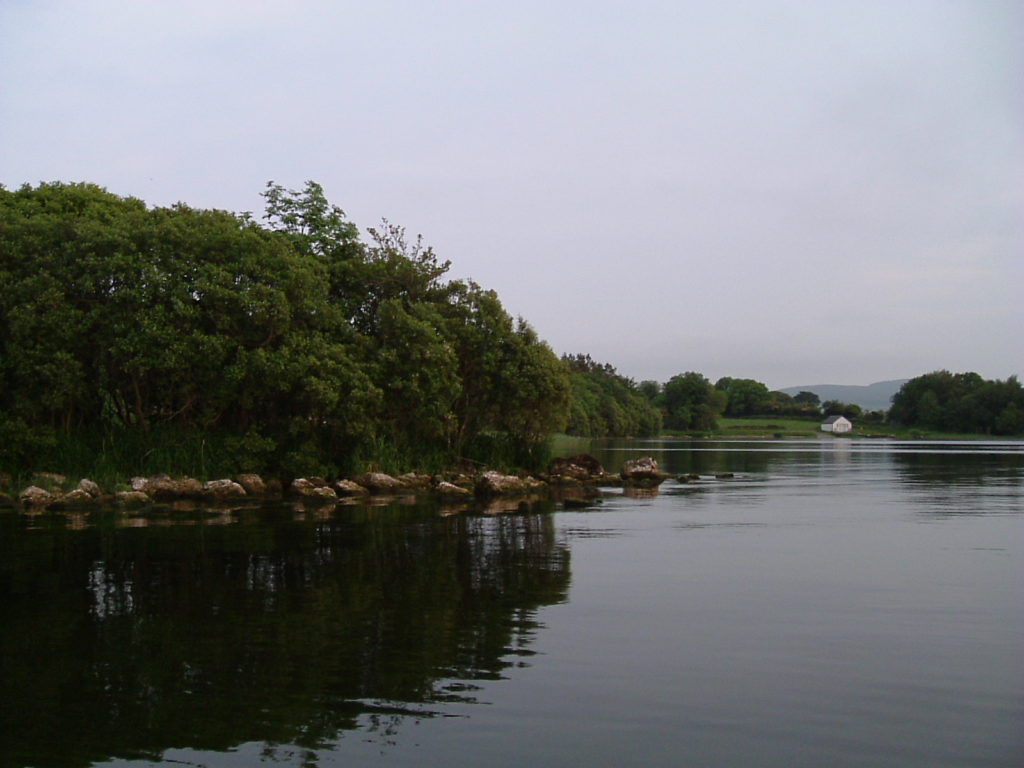 Like most places nowadays, Sheelin’s mayfly population is a shadow of its former self but still delivers one of the highlights of the lough’s season when after big hatches they end their days spread-eagled on the surface providing protein packed trout fodder. Predictably, we ‘should have been here last week’. However, our ghillie did manage to find a few pockets of fish feeding on the spent gnat and provided suitable imitations to drop in front of them. Some anglers feel that stalking fat pellet-pigs in small, crystal-clear man-made waters is exciting stuff but fishing
the spent gnat on a natural loch for a potential double-figure wild brown trout sprays milt all over that, believe me! 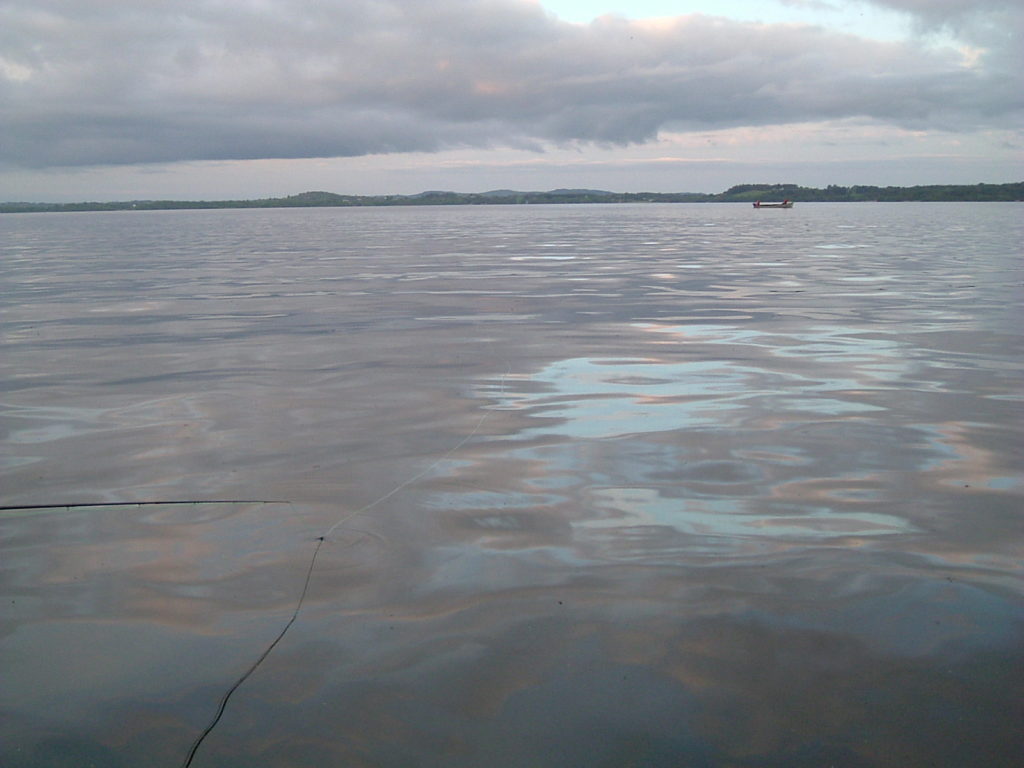 John taught us to make as little disturbance as possible for this style of fishing. When approaching a likely area the engine was cut and oars powered the last 100 yards, then the next few minutes would be spent looking for signs of rising fish and the mayfly they were feeding on. We were able to manoeuvre ourselves close to feeding fish on several occasions at which point short but accurate casts were needed to delicately present the dry mayfly to them. Sadly, although John expertly put us onto fish sipping down dead or dying mayfly we failed to hook any, although there were a couple of missed opportunities which nearly induced
heart failure. 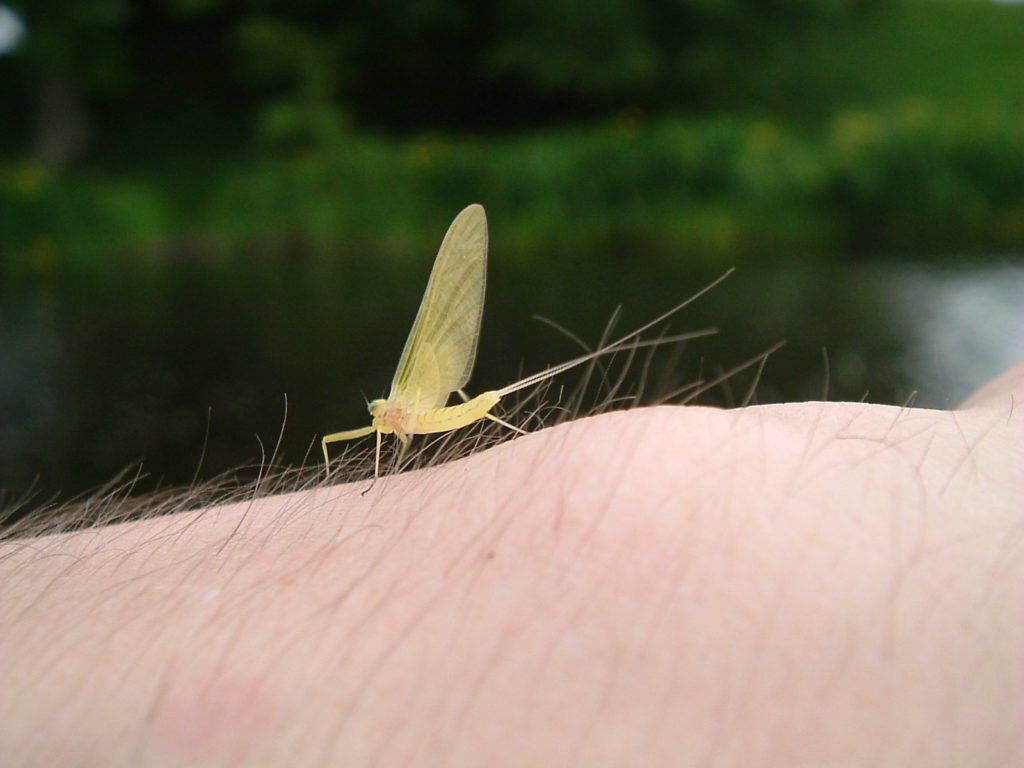 Our time on Sheelin usually consisted of wet fly fishing during the day with floating or intermediate lines, using flies such as the ubiquitous dabbler and its variants. Having a cottage virtually on the shore meant we could return to base for a bite to eat and a break from the buttock numbing boat seats then head back out on to the lough for the evening session. The evening was spent as mentioned before searching for trout feeding on mayfly but when the light had almost disappeared we switched tactics. After dusk the large Murrough sedge clumsily make their way to the shore, creating a distinctive wake which the trout home in on. John had given us Murrough imitations for this occurrence and it was on one of these which I caught our only Lough Sheelin brown trout! At just over a pound it was not quite the fish of a lifetime but nevertheless most welcome. If you’re expecting a boat load of fish on Sheelin you are going to be disappointed. The ghillies themselves often blank or when they do catch it might only be one fish. But that one fish could be a 4 or 5lb wild brown trout, or even much, much larger. 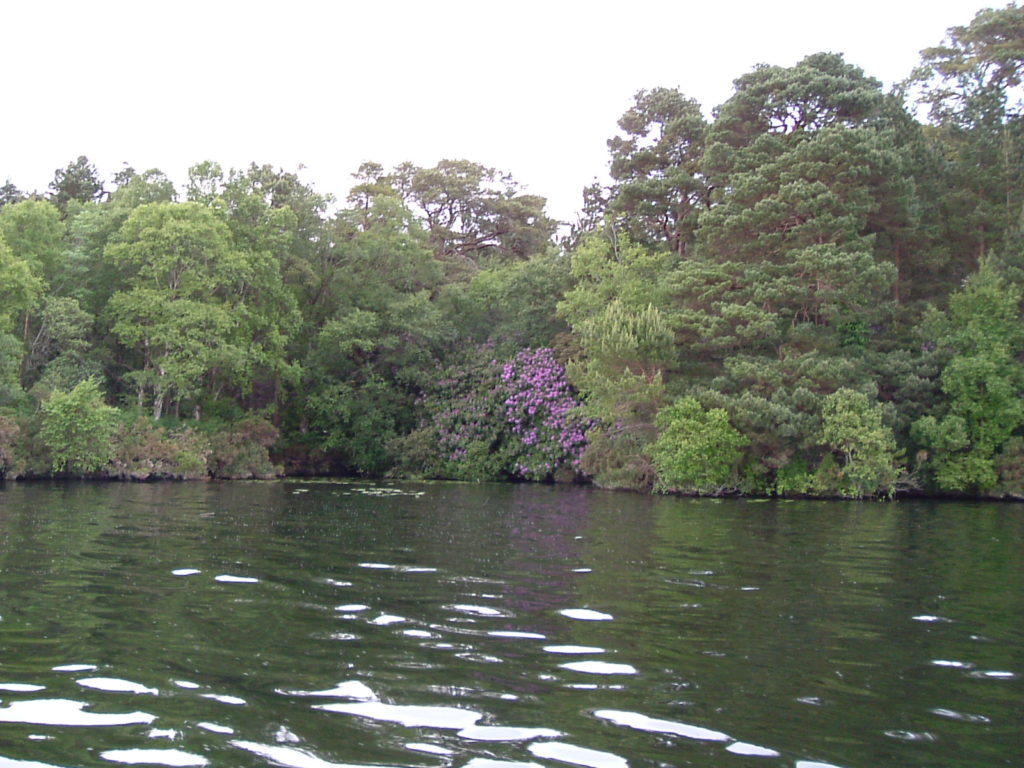 Sheelin is a hard nut to crack. It had a bad reputation up until recently because of the poor water quality caused by run-off from surrounding farmland. This seems to have improved and the fishing is recovering but it may never be the same again. Also, many of the pike in Sheelin have been removed to other loughs (or into tins of dog food, if you believe the rumours!) to try aid the recovery of the trout population. Fine if all you care about is trout but specimen pike anglers may be put off!

If you do decide to come to Sheelin I recommend you do the following: