Well I’m geting into the swing of things with this blogging! I’ve decided to upload some pics I took last year which may be of interest to those who tie their own flies (particularly members of Yorkshire Anglers who fish Beaverdyke reservoir!)

I brought a rainbow trout home from the reservoir last summer, something I rarely do nowadays. By the time I set to work on it with the fillet knife it must have been a good few hours since I’d administered last rights so I was rather surprised to find buzzers still wriggling around in it’s stomach!! I deposited them into an adhoc aquarium and took some snaps whilst they made their ill-fated attempts to hatch out into adults. They never made it to the final stage of transformation but it was still fascinating watching them try! As a size reference I’d say they were about equivalent to a Kamasan B100N sizes 14 to 16!! Get tying! 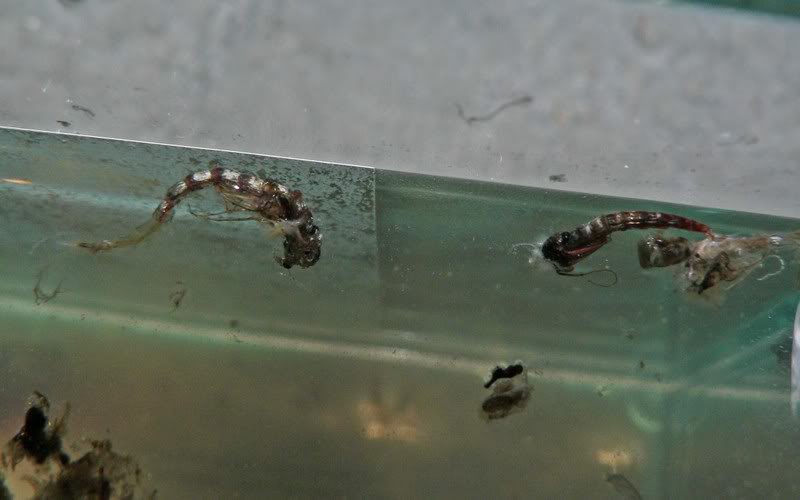 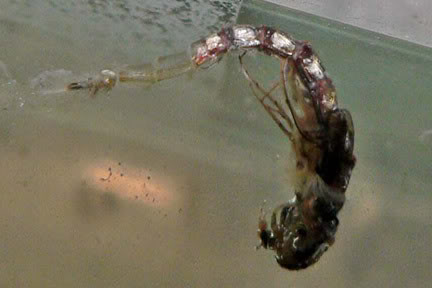