7th May saw RFF once again at West Tanfield.   On this occasion, through a Herculean effort, I managed to get to Tanfield Lodge by about 9:15. This required getting out of bed at 6:45am, and making sandwiches the night before. Considering it only takes about 45 minutes to get there, I’m not sure why I wasn’t there much earlier. It just seems to be how I roll, as they say.

Down on the lake,  conditions weren’t as bad as I expected. There was very little wind, no sign of rain, and my relatively early arrival meant I could pick the best spot before the others arrived. I plotted up in a spot on the wooded shoreline that consistently brings success to all who fish it. I think we can all see where this is going….

Within 20 minutes of wetting a line, a strong North Easterley picked up and made casting hard, and began numbing my poor little handie pandies. More anglers began to arrive and the majority set up shop on the other shore, and began catching fish. “Wa-hey! Fish on my 1st cast!” I heard someone shout. My buzzer/nymph combo swung round with the bitterly cold wind, unmolested and unloved. I hate flyfishing, I really do.

There’s a bit in Top Gun where Maverick informs Goose he’s “had just about enough of this shit” and  proceeds to pull a ‘crazy’ maneuvre in order to get on his opponent’s tail. Well that’s where I was at, just without the film-star good looks. I put up my spare rod with a sinking line and a fritz lure, and nearby anglers winced as I stripped line off my old Shakey Graphlite which sounds like a hysterical dying rabbit. 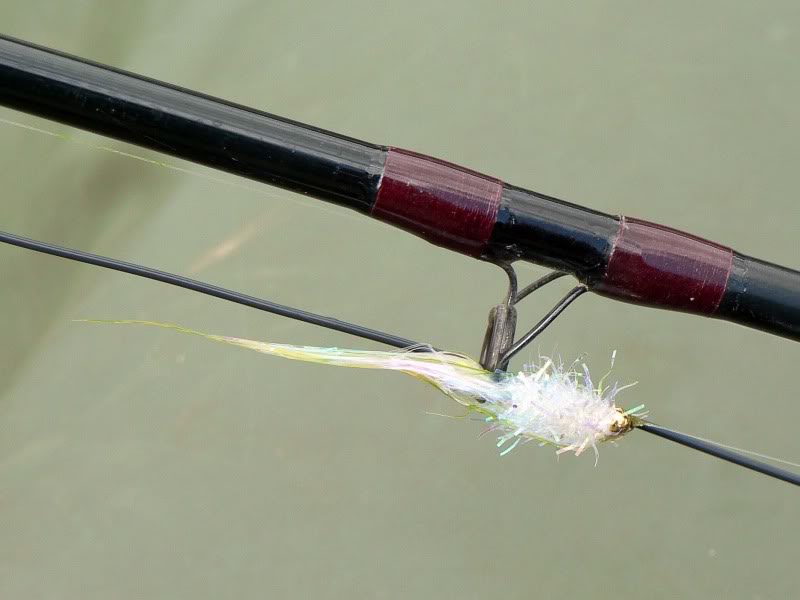 After a few minutes of fan casting with this beastly creation I hooked into a nice rainbow which fought extremely well. 2 more fish had a go at it but didn’t stay on, then takes dried up. I moved down to the island at the far end of the lake but quickly got a bad feeling about this ‘bay’ and carried on moving round the lake, onto the opposite shore, where the wind was more of a help than a hindrance…kind of. 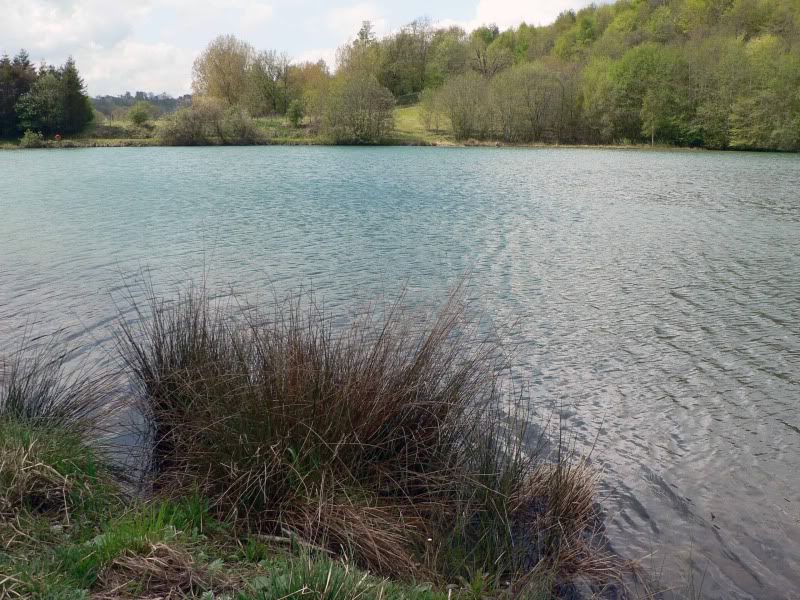 Success on the floating line continued to elude me, but the minute I returned to the sinking line with my Fritz ‘fry imitation’ I had 2 offers followed by another rainbow to the net. When lunchtime came I headed up towards the fishing hut but just had to stop off to fish the bay on the other side of the ‘spit’ when I saw several fish rising to myriad hawthorn flies which were deing deposited onto the water. A fellow club member had been having a desperate half-hour trying to tempt them but to no avail. He didn’t have my secret weapon, my sexy black hoppers…those straggly, kinked legs are a pretty good hawthorn imitation! Sure enough, I eventually hooked into something but it pinged off. I went to recast but immediately snagged a tree behind me. I pulled for a break, then tied on a new tippet and another sexy black hopper and went to recast. Something wasn’t right. Sigh. I’d tied the new section of leader onto some discarded nylon.

After lunch I headed straight back down to ‘Hawthorn corner’ and this time managed to outwit a nice 2lb rainbow with a hare’s ear nymph. I also landed a nice little brownie whilst fishing off the spit out onto the main lake. This too came to the floating line outfit albeit it with a goldhead buzzer.

By 5:30 I’d had enough, my grand total of 4 fish to the net was hopelessly outlcassed, another trophy lost!