Yeah, that caught your attention didn’t it…

So anyway, today I decided to take on some vitamin D, fresh air and the fine smell of fish…it’s been too long. I went up to Beaverdyke for a couple of hours and mighty glad I did too because a bit of fresh air and sunshine is vital this time of year to maintain my sanity. 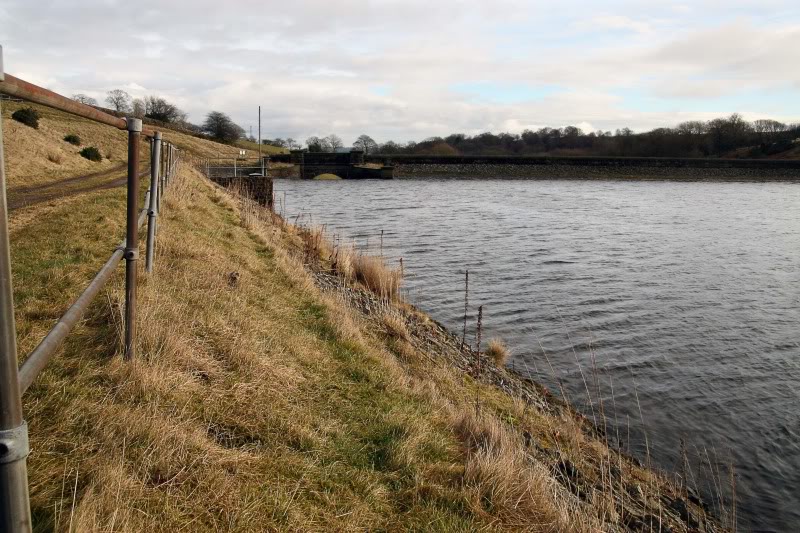 There was only one other angler on the water, I shall call him Andy (for that was his name). He’d had a couple of fish on a Stimulator which despite sounding like a sex toy is actually a palmered fly, I believe the pattern featured recently in one of the magazines.  Naturally I had no such fly in my box, but tried a wormfly variant (remember them?!) because it jumped out at me, so to speak. I fished down from the hut and on towards the dam wall but no interest was shown so on went a goldhead white marabou lure with scarlett collar, which didn’t work either.

Smoked cheese sandwiches, crisps, Tunnocks and tea provided renewed vigour and I moved on to one of the bays. Let us call it ‘Bench Bay’ (for it has a bench).  This was a bit more sheltered and quite often fishes well early season.

This time the right fly jumped out at me, a lightly weighted Gold Ribbed Hare’s Ear. By letting the fly sink for a good 20 seconds or so, then using a slow, steady sink and draw retrieve I soon got a take which translated to this fish in the net. 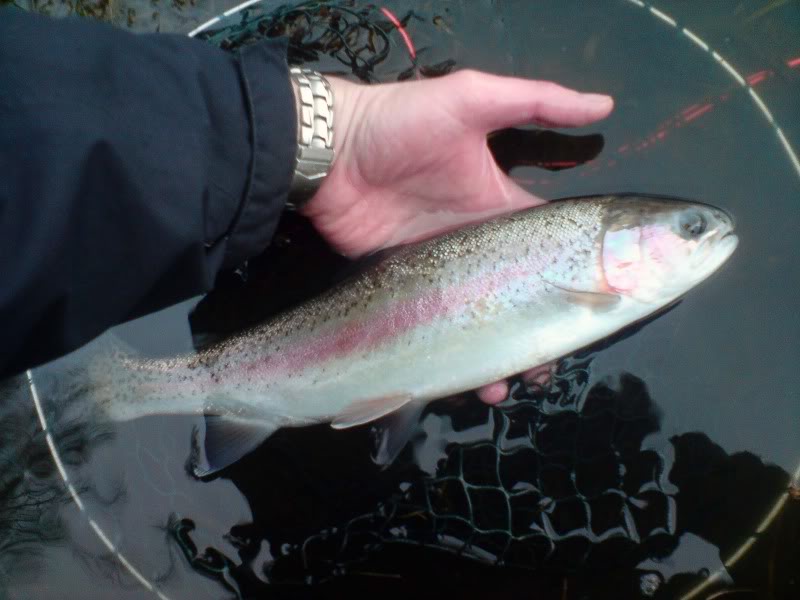 Second cast (gold rib half hanging off by now), same method got me another fish roughly same size as previous one but fought a little harder. It was a blue trout and didn’t hang around for pictures.

10 minutes later, just when I thought I should move on I had a steady, confident tug (heheh) and connected with another rainbow – good sport for January! 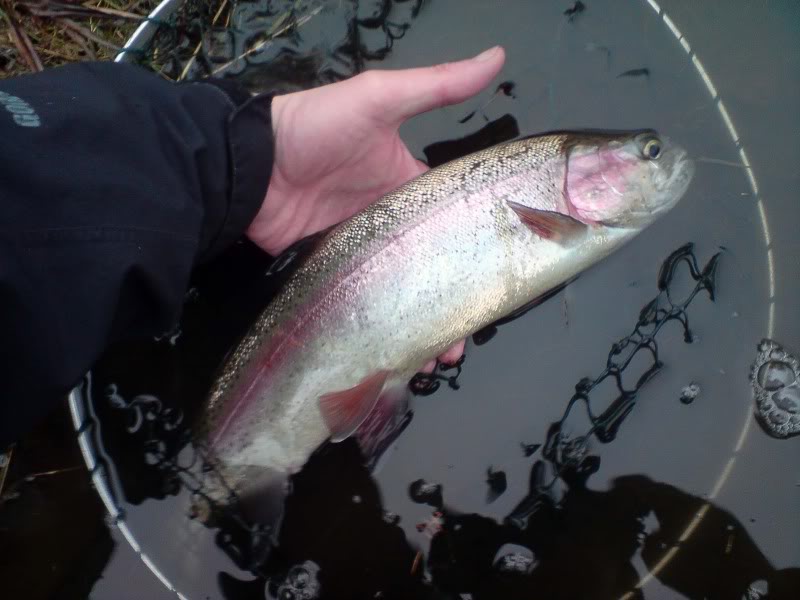 This was the last offer of the day though. I tried off the dam wall for last 30 mins but called it quits just after 4pm when my very cold hands struggled to tie on a new fly to replace the by now battered and rib-less GRHE (pictured below)!