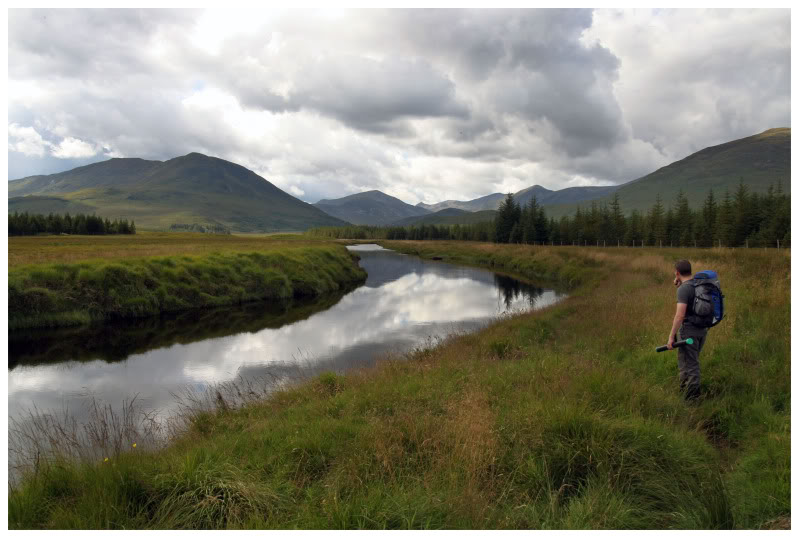 So, it seems that if you Google the keywords ‘Flyfishing’ + ‘Blog’ we’re now #1. Great news because it must mean that plenty of people are hitting the site! It’s always great to receive comments as well but because the blog is becoming quite popular we seem to get a lot more spam comments which I have to sift through (not all get picked up by the spam filter). These generally include guff about gangbangs, Russian brides, cheap cures for impotence and fake passports. I have to go through and delete them all and my biggest fear is that I’ll miss out on a legitimate offer of group sex with Russian brides. Back to the fishing stuff. Myself and Stu had a thin plan that consisted of ‘going up to Scotland’, a plan that was only finalized on the Friday to be a mission to Glencoe in the Highlands. As luck would have it this also allowed us an opportunity to nause up the start of Count von Tittenstein’s romantic holiday which,  coincidentally, also started in Glencoe.

Our 10 am start quickly slipped to 12:30 but that didn’t come as a surprise, nor did our poorly chosen route which took us through Glasgow during rush hour. Upon arrival at Red Squirrel campsite to meet Phil and his girlfriend we threw the tents up quick sharp and dived into the Clachaig Inn for a few beers. We followed these up with a few drams of whiskey back at the campsite, only to witness an ugly scene between some p*ssed-up Glaswegians and an elderly English couple who must’ve had their bank holiday well and truly ruined with such delights as ‘F*ck off back to your own country you English b*stards’.

Next day we bid Phil and his girlfriend farewell as they continued on up to Assynt whilst Stu and I spent all morning milling around in a fug of admin which included driving all the way to the Green Welly for a bacon sarnie and a mission to find the correct OS map for our mission. We didn’t actually set off walking to the loch until around 12:30. Oh yeah, the loch. I won’t name it because to do so would risk over-exposure but if I tell you its on OS Explorer 377 (East sheet) that should help you immensely.

The walk in takes a couple of hours, basically following the course of the river up to the loch. Here we see young Stuart partaking in lunch next to the ford. Eating’s a serious business… 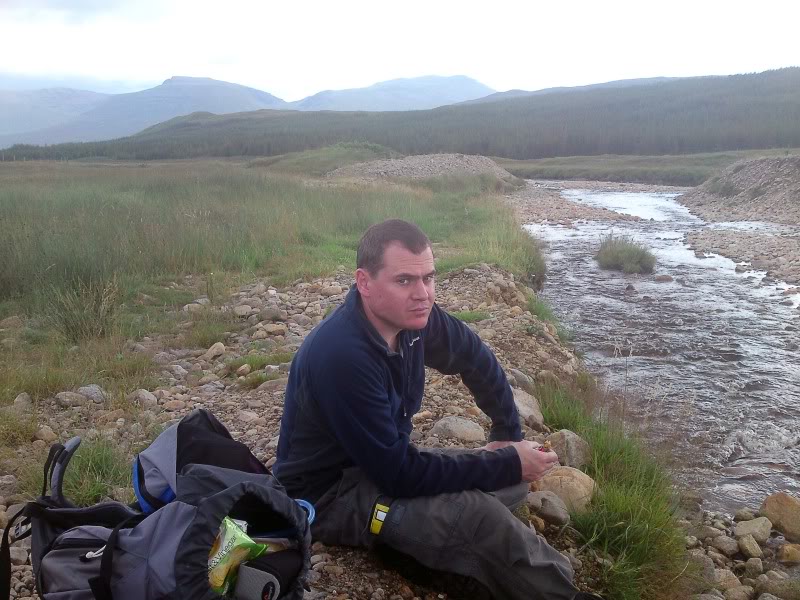 The views en route are pretty bloody stunning and have Scotland written all over them! 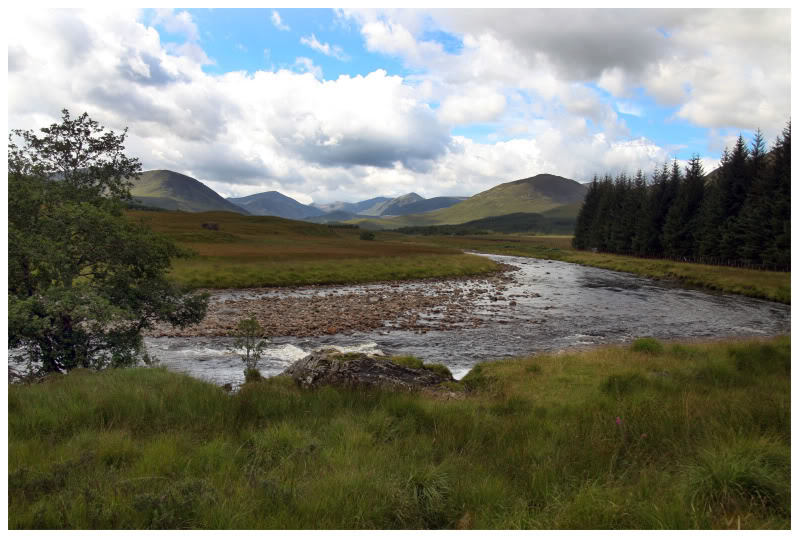 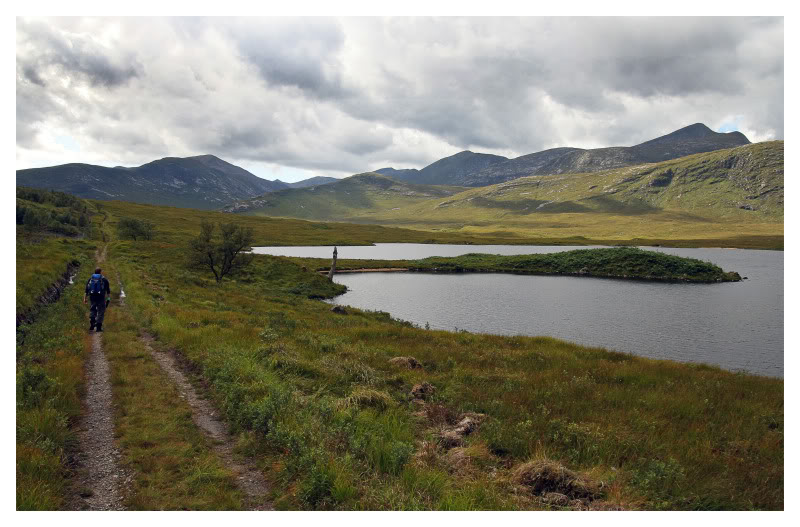 We got to the water’s edge at about 3:30 pm and discovered we weren’t alone, there were 2 other anglers up there. They had actually camped the night before and were setting off back shortly having caught no fish and endured abysmal weather. Undaunted we put up our rods and got stuck into some fishing whilst trying to fully appreciate the magnificent views. 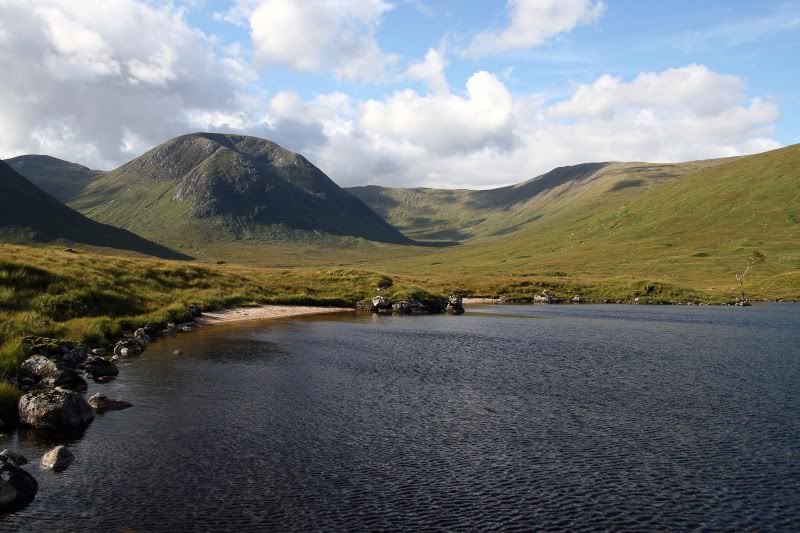 It didn’t take long to start getting offers but man these fish are fast! By the time you lift into them they’re gone and I considered myself lucky when I finally landed one. These are not big fish as you can see but they fight hard and angry, no doubt echoing the ‘f*ck off back to England’ sentiment! 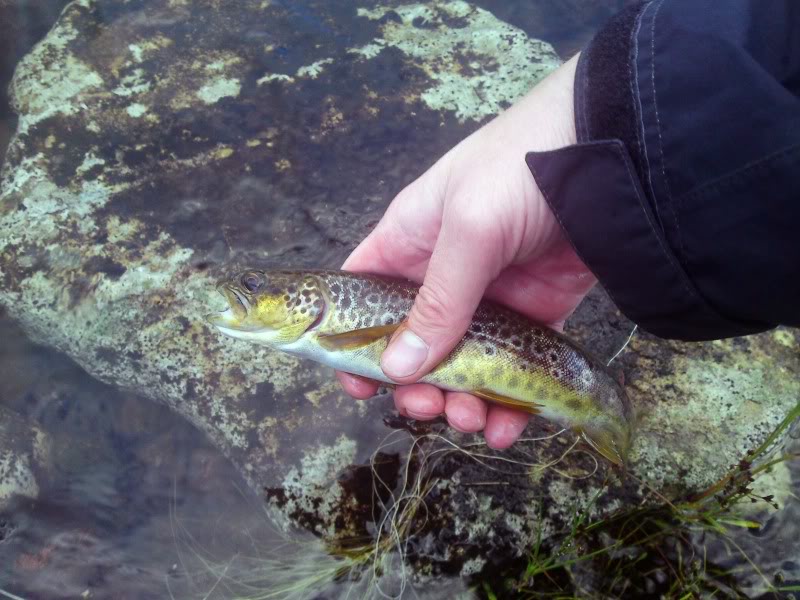 Stu had a bigger fish but still only about half a pound, although there are no doubt larger specimens in here. But the key attraction of this loch has to be the views which rank very highly against the numerous other places I’ve been to. We both found the fishing to be patchy, the fish were holed up in isolated pockets  where action could be fast and furious until you put them all down and had to go searching for another likely spot. The Loch Ordie and Bob’s Bob fly which are both Highland killers did absolutely no good which came as a surprise. All my takes came to a black zulu mini-muddler.

Our departure from the loch was perfectly timed to ensure we arrived back at the car just as food stopped being served at every pub in the vicinity so we had to make do with a few pints of Hebridean Gold and 2 packets of crisps. Good weekend though, we’ll probably be off back up to this loch for an overnighter next year. 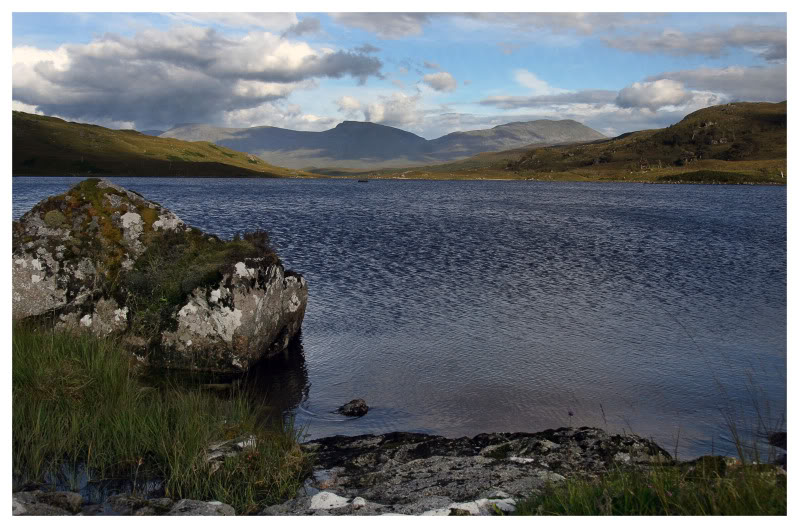