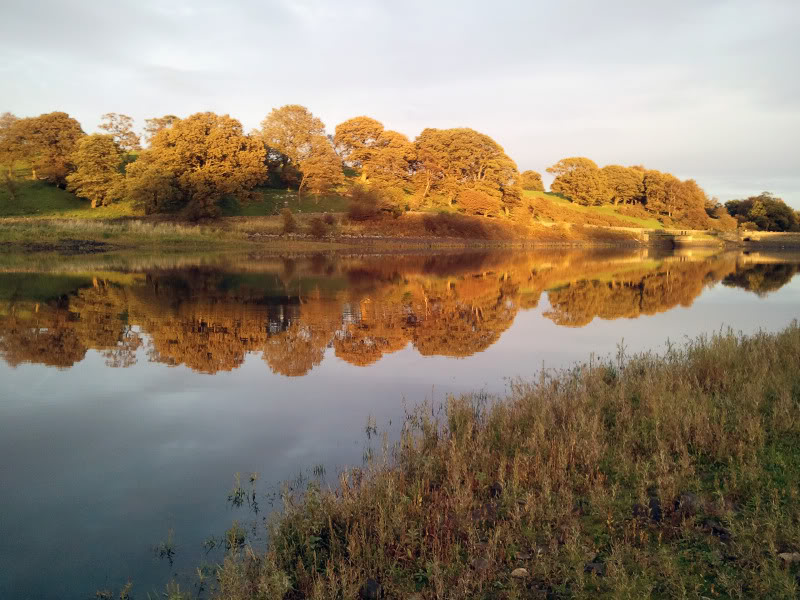 I managed to get up on Beaverdyke tonight for a couple of hours. It feels like I’ve done sod all fishing since Scotland so I really had to get up there, especially as the weather was so nice. Beaverdyke looked really low and generally uninviting so I went straight up to John O’ Gaunts to try get myself a brownie before the season comes to a close.

The water was very still and only a couple of fish were moving so I knew it wasn’t going to be easy. I must’ve spent an hour fishing a GRHE / Diawl Bach combo before I began to think “hmm, this is isn’t happening”. There were a couple of times where something must have hatched off causing a handful of fish around the lake to switch on for a minute at a time so I went rummaging through my fly boxes for a sexy Klink but the only ones I could find were, quite frankly, shit. I’ve tied loads of decent Klinks so God knows where they all went. I dug out the least shitty one and dropped it in front of every rising fish I could see until I realised it just wasn’t cutting the muster. Light had gone, it was basically game over and I set off back to the car. But wait! The another mad minute of rising fish kicked off, once last crack needed. I figured that an emerger with a different ‘sit’ might do it so tied on a Parachute Adams. 3 offers in quick succession but no hook up! Ugh, so close and yet so far. Defo home time now, too dark to see. Wait, one more cast! Good delivery. Be patient. Be patient. Twitch. Be patient. Bloop. Yes! My last brownie of 2011 fought hard and dirty but I got all 2lbs of him to the net. Apologies for the poor quality picture but light had gone completely. 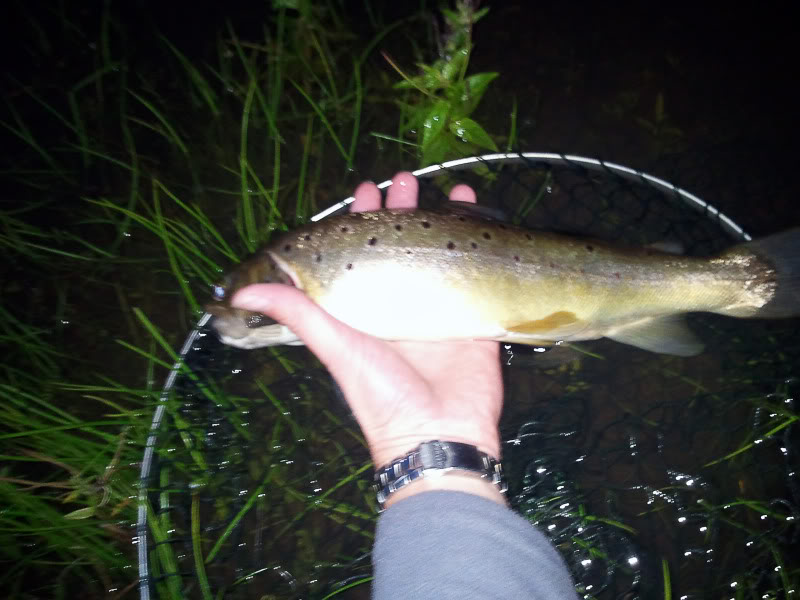 2 thoughts on “Last crack at the browns!”