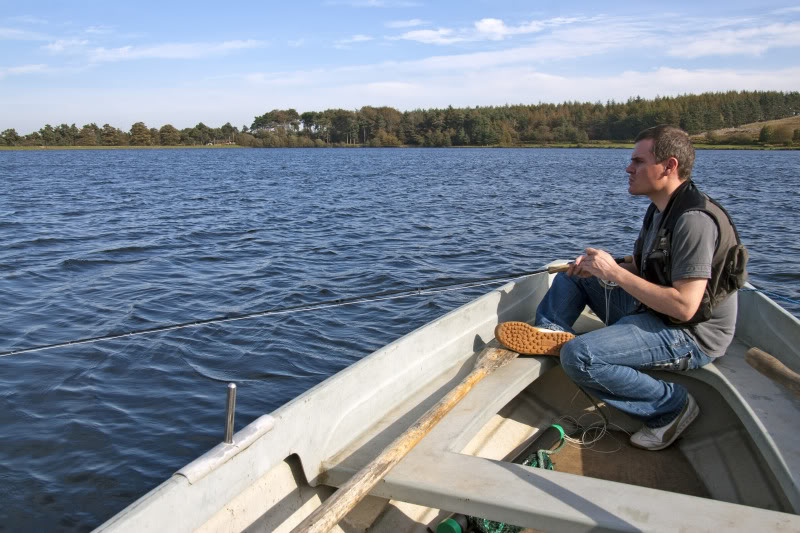 Last week was surely one of the most beautiful autumnal weeks this country has ever seen as spanking hot temperatures and blazing sunshine rubbed shoulders with glorious fall colours. It was clear to myself and Stu that we had to go fishing before the miserable hand of reality drew a cold grey curtain across the land. Our initial plan was to have a day up in Scotland but in the end we settled for North Yorkshire and Lockwood Beck which advertises itself as ‘Yorkshire’s premiere trout fishery’.

I’ll keep this write up very brief as I’m working my way through doing a full review for the main site. Yes, that’s right, I’m actually updating something on the main site!! Goddamn!

It’s quite a pleasant location, in fact looking towards the South bank the moors do make for a nice backdrop indeed.

We spent all our day out in a boat but really struggled. There were very few fish moving on the West bank which we started on and the only offer we had was a swirl at Stu’s muddler.

We then rowed out to a more central location and proceeded to catch precisely nothing so came a lot closer into the dam where we could see bank anglers getting fish. Again nothing, until we plotted up just off the North West corner of the dam where fish were moving and we reckon these were the stockies that had gone in the day before our visit. On my second cast here I hooked a fish on my trusty £4 mill end Mullarkey’s sinker with an old skool black and fluo yellow lure (although I did also have a floating line outfit tackled up as per pic below). 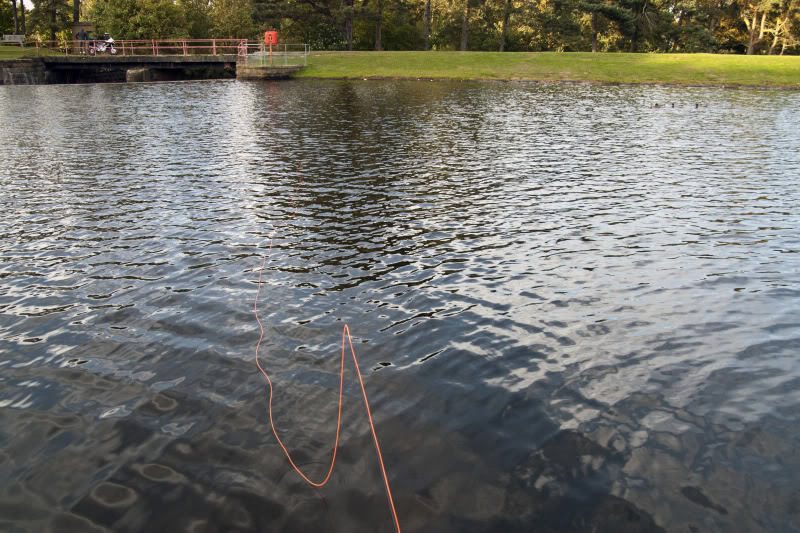 The fish fought like it knew I had to kill it. This has to be one of the hardest fighting rainbows I’ve caught for a long time,  2lb, well marked, and generally in pretty good nick! After catching on a sinker I went back to the floating line rod and had several offers to a red-game hopper but nothing hooked up. I tried allsorts after that but, to cut a long story short, neither of us landed anything else. The locals seemed to be doing a lot better than us!

We had a nice day out, the fishery is definitely one of the better looking rainbow fisheries I’ve been to and the facilities are good. Shame we only got one fish for all our efforts but that’s fishing for you! I think also that both of us have reached a point where fishing for rainbows just seems to be a poor second to going on missions to catch wild brown trout in remote, wilderness locations. We’ll see though, maybe my enthusiasm for chasing rainbows will pick up over winter when options are limited.