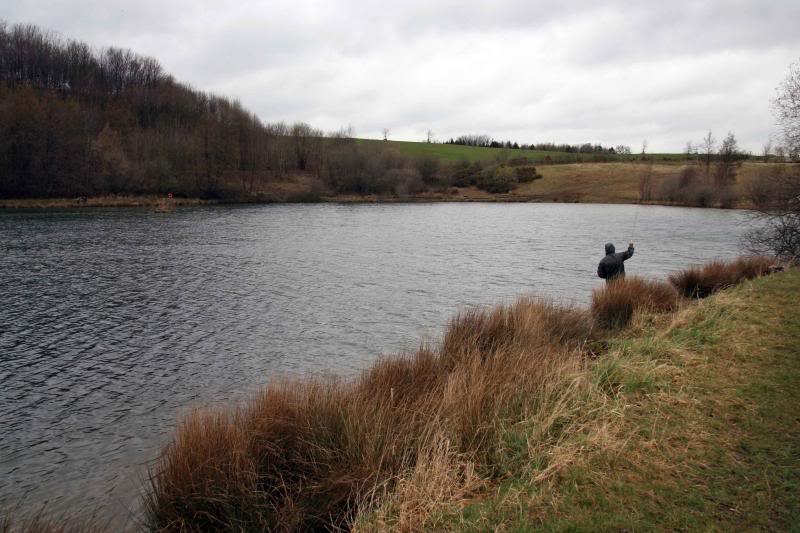 Finally! The barometer has moved, the birds are tweeting and the snow is gone from all but the loftiest peaks. Brought out of deep freeze once again, the team of elderly fly-fishing superheroes known to mortals as ‘The Roundhay Flyfishers’ has just completed its inaugural outing for 2013 and as is customary it was a trip to Tanfield Lodge in North Yorkshire.

As is also customary, it was not an easy day. I myself got there for about 9:40, which is akin to  any normal person managing to arrive for 5:30am. Upon walking down to the main Eastern shore the situation was thus: barely a breath of wind,  decent air temp and perhaps more importantly a lot of rising fish.  I plotted up next to Len who had been there since 8 am and I was  expecting him to say he’d had a lot of action but was dismayed to hear he’d only caught one fish.  I didn’t let this put me off though, and tried to tempt them to a Klink I’d tied for this year’s flytying comp but even the fish rated it poorly – I could actually see them swim up then lazily turn away and head elsewhere. Everyone’s a critic..

Next came a smaller, darker Klink but that didn’t work either. This was followed by a size 14 black Shipman’s, size 16 black buzzer, size 16 black Klink, size 12 black and green epoxy buzzer, size 12  parachute Adams, ethafoam beetle, size 18 quill bodied buzzer –  to no avail. All this on a reasonable 15 foot leader down to 5lb. Before I could tie on another ‘traditional’ the for’cast wind appeared from literally nowhere. 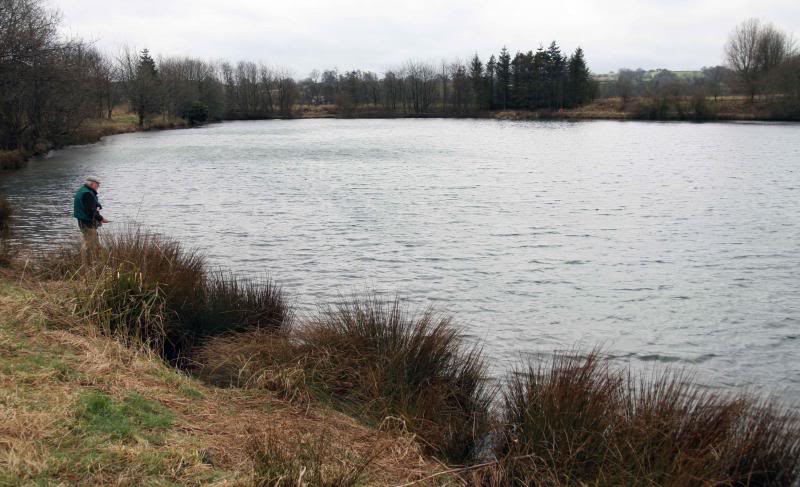 Communal lunch beckoned and I couldn’t face heading into the fishing hut without some kind of success so out came the 17 year old Mullarkey’s mill-end sinking line on my 16 year old Leeds Dragonfly. On the business end went a Tanfield tw*t , a lure designed specifically for this venue but even that failed. Desperation drove me to swap it out for the untested Rutland Rim-Job (designed for use around the rim of Rutland reservoir…). BOOM! straight into a nice little blue which also managed to Christen my new Snowbee fishing net 🙂 That feeling changes your entire day’s fishing,  the pressure to not blank is lifted and you can relax into a more leisurely pace.

It was a poor tally when the number of fish landed between us was totted up over lunch, we were all struggling, but I was just relieved to have caught anything! I’d also managed to Christen that new net and try out some new Orvis packable wading boots I’d got in a January sale so actually quite a successful morning all in all.

After lunch I went back to the same spot and resumed the battle against the wind. I tried capture the annoyance factor on my phone but the wind would drop considerably every time I started filming..it was actually a lot worse than this! As an added bonus you can’t hear what I’m saying.

Anyway, despite the wind I started to get a lot of success on my fry imitation..oh okay, Fritz lure. Meh, it’s not delicate but I absolutely loved getting my string pulled every few minutes! I landed another 9 fish on that lure, and lost a few others and missed several other offers. The majority of fish were blue trout that looked like maybe they hadn’t been in very long but some fish I caught were ‘normal’ rainbows and they actually fought much harder! Look at this fish, I’d say that is a perfect example of a rainbow trout (outside their normal habitat anyway)

Len had been fishing next to me all day and had not had a huge amount of luck, although he’d landed a couple of fish he had missed some others and then had a real dry patch. However, just after I’d released a fish I saw his rod hooped over and went over to assist, only to discover he was playing a brownie – unexpected bonus! 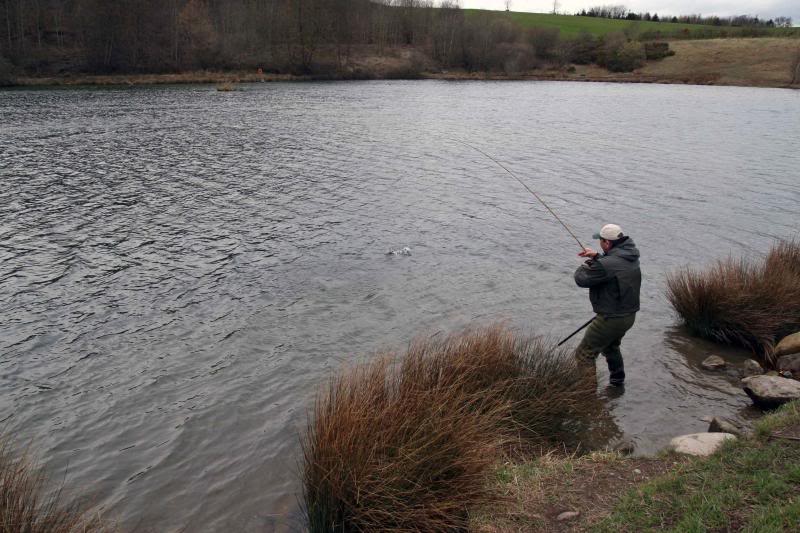 Another cracking fish, these browns are stocked very small and grow on naturally. 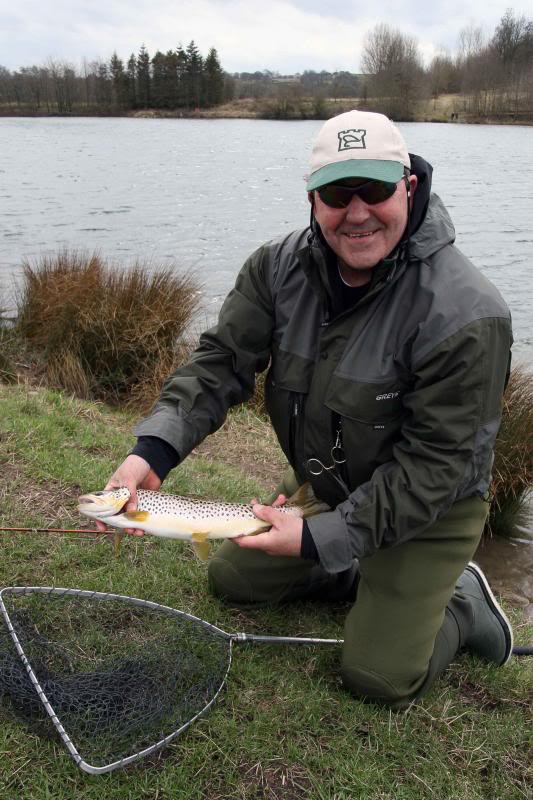 We all started to come of the water just before 6 and I felt confident my lure-bashing spree had hauled in a guaranteed trophy for the day. Alas, it transpired that John the Fishfinder General had also caught 10 fish so I guess we’ll have to share!