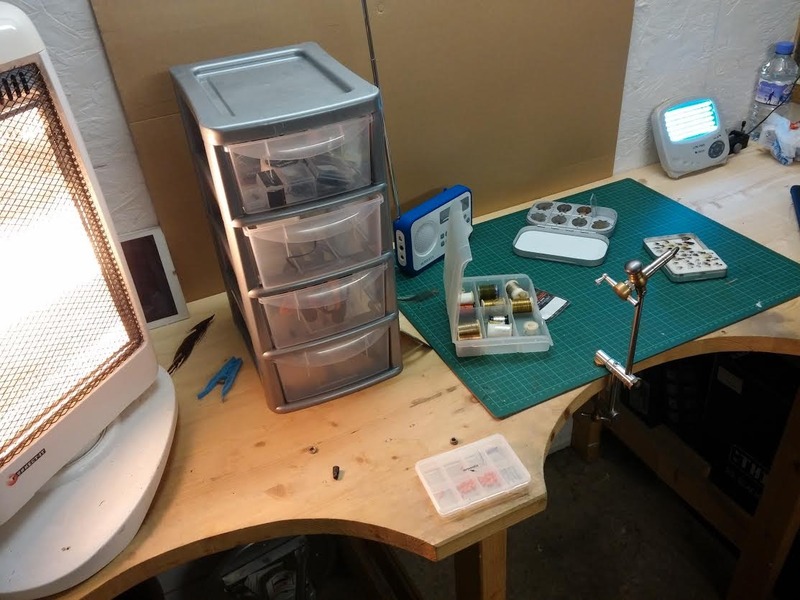 Well call me a fair weather fisherman but bollocks to going out in this weather. Instead I retreated to my man-cave, fired up the heater, got some Planet Rock on the go and decided to tie a pike fly. I could tie a size 22 Treacle Parkin and go fish the flooded Wharfe waiting for a grayling to come to the surface but I’d have a very long wait so why not tie something I’m probably gonna use sooner rather than later.

Now, I caught a lot of pike on this fly whilst up in Scotland so thought I’d use it as the basis for a new fly but tart it up a bit seeing as it’s the season to be jolly. 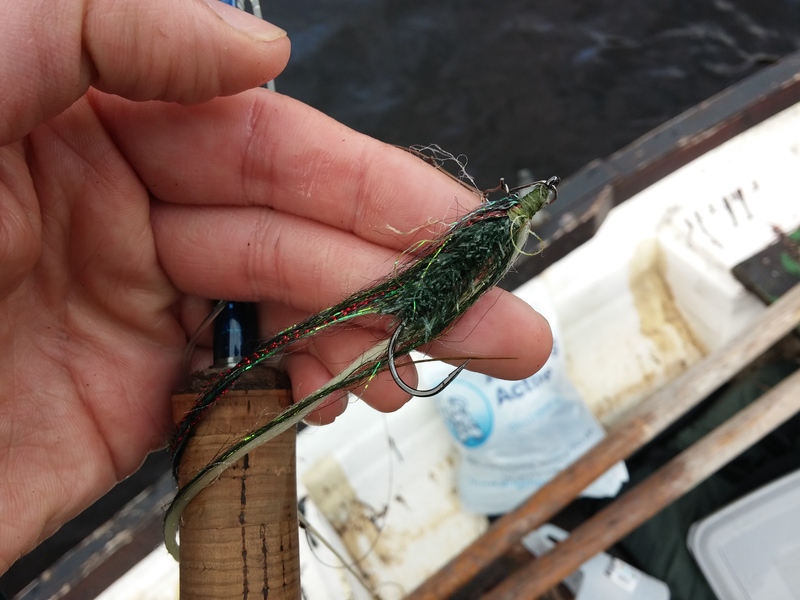 With my Fulling Mill Pike hook in the vice (size 4/0 I think but not sure) I caught in my orange thread. I decided to create a couple of extra hotspots on this fly and the head will be one of them. 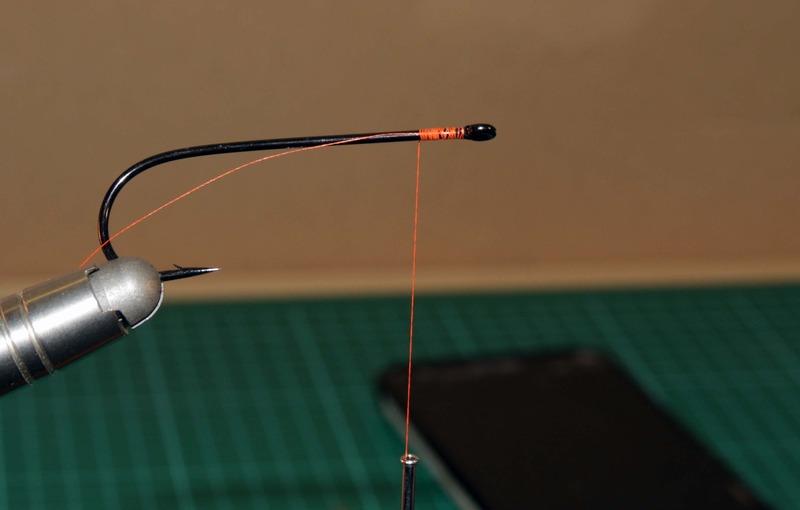 Next I took a strip of adhesive lead, snipped a taper at one end and used that bit to tie it in. Tapering the lead strip just keeps the area where you tie it in nice and neat. 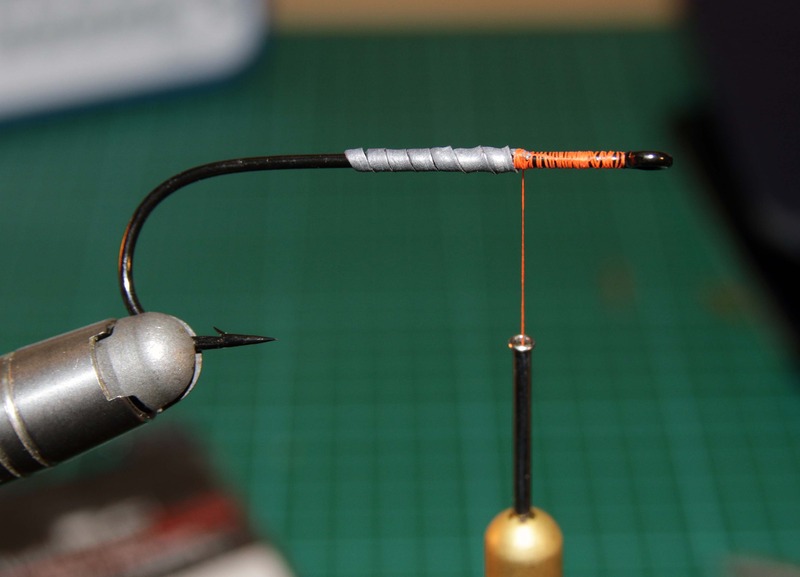 This bit of lead will help the fly sink when you pause your retrieve. Lash that lead down with some open turns of thread. 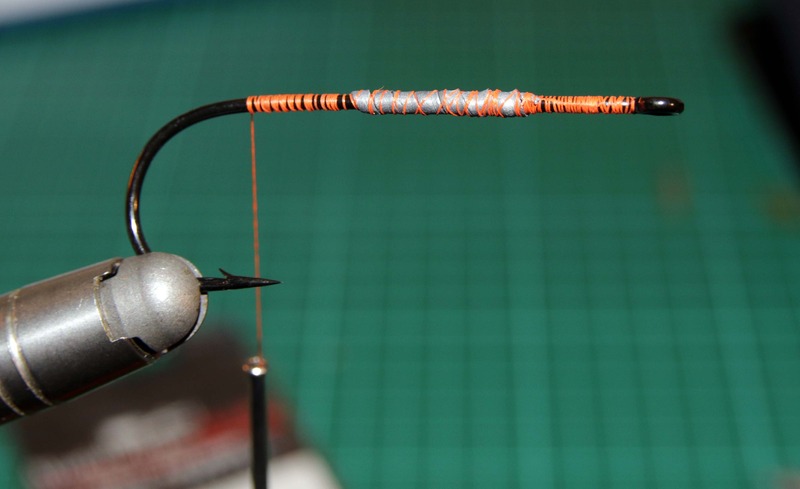 Now for the body. Years ago I found some great Fritz type material in Hobbycraft so I’m using that, it’s called Glissen Gloss. 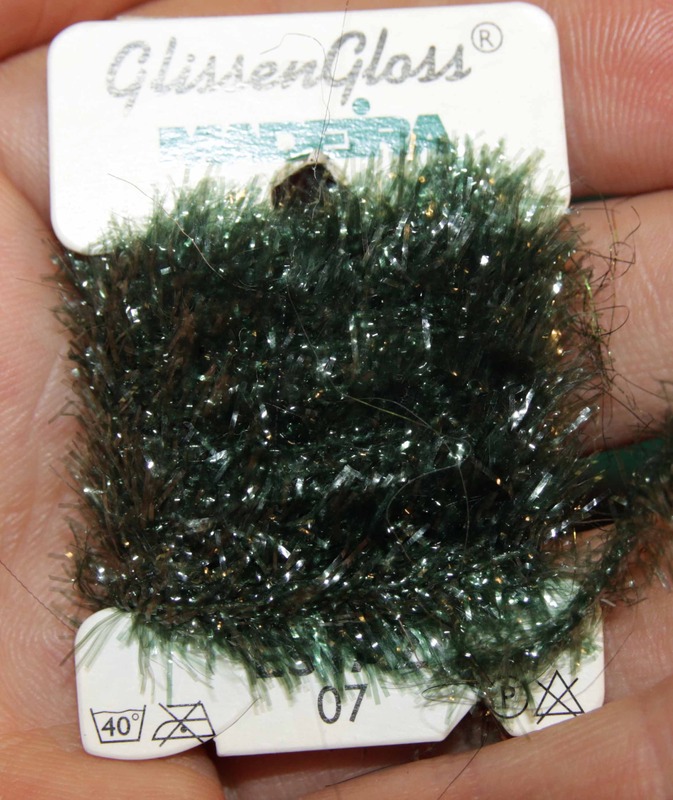 Tie some in and again you can reduce the bulk when doing so by stripping fibres off the thread core to create a neater tie in point. 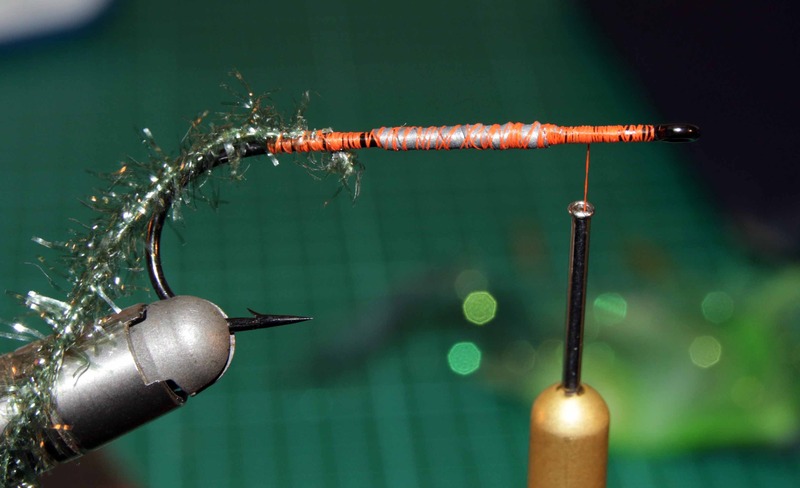 Take the Fritz half way up then tie off. Now add your 2nd hotspot, some lovely orange Fritz! 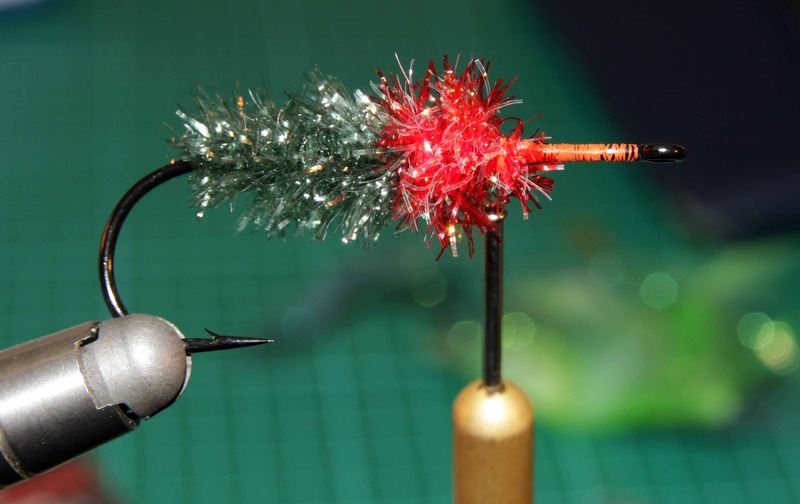 Tie in another short length of the green Fritz and wind towards the eye but leave plenty of space for the head. Then catch in a good length of DNA Frosty Fish Fibre on the underside. 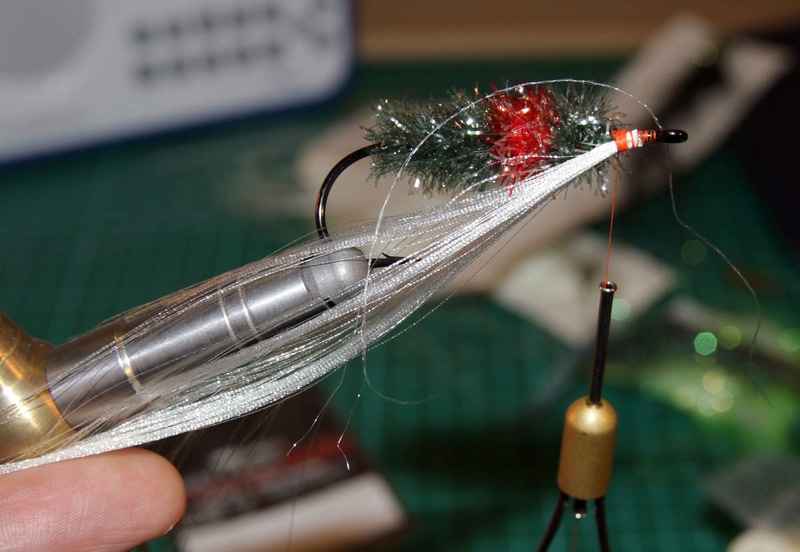 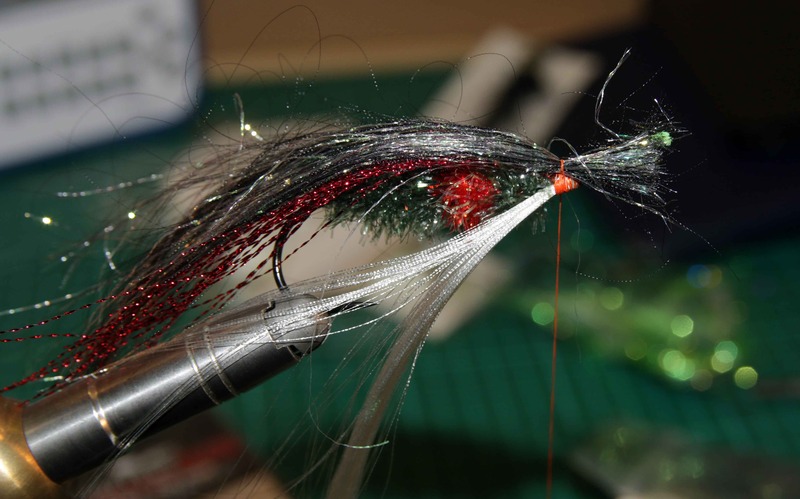 Create a neat head then darken the top 3/4 of the head. Obviously there’s scope here to enhance the fly further by building an epoxy head.

Varnish the head when the ink has dried and *boom* you got yourself a festive looking pike fly which has a nice pale underside, darker topside, glittering flanks, blood red streaks and 2 x orange hotspots. I like to think it looks like a wounded baby pike or perch and therefore easy prey but I do have a vivid imagination…

Go tie one, catch some fish with it then come and tell me all about it! 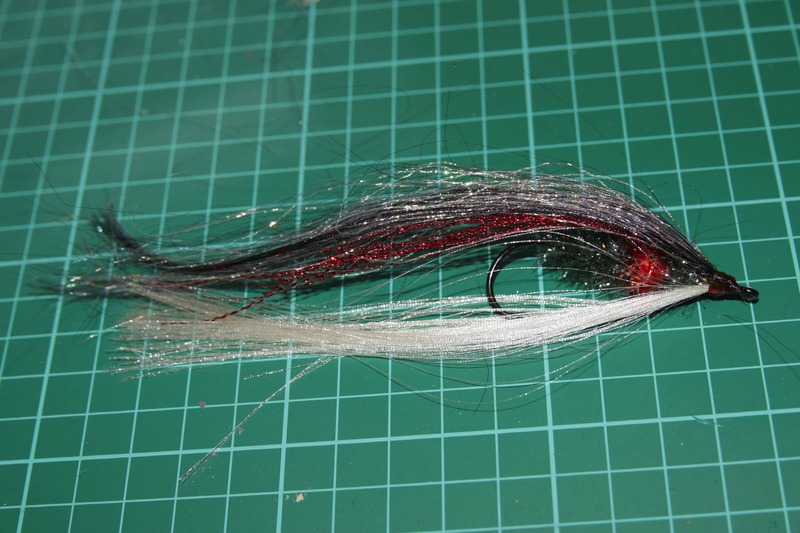