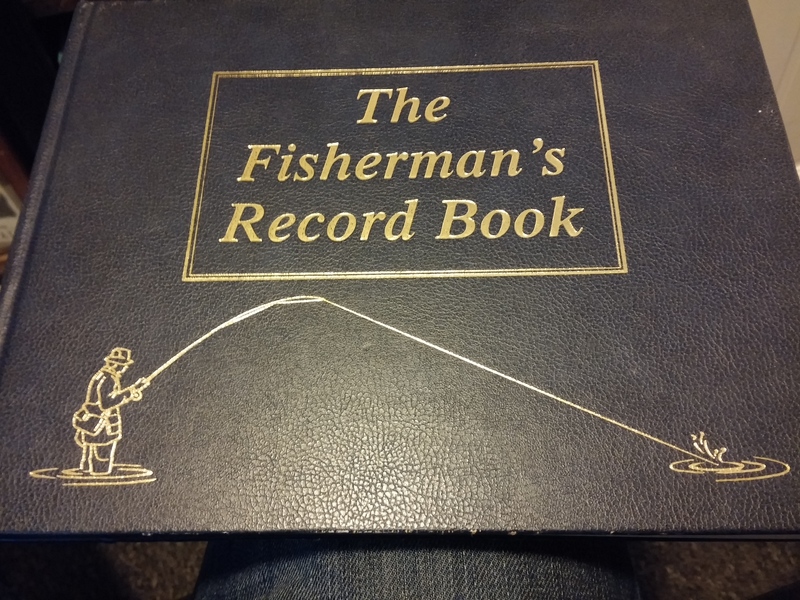 I’ve just been out to the ‘man cave’ and decided to bring my fishing books back in with me as it’s getting quite damp in there. Amongst the pile I found my old Fisherman’s Record Book which is a most engaging blast from the past! I bet many of you kept one as well, back when there was no such thing as blogs and we still knew how to wield a pen. I can remember buying it way back in 1998 from the Orvis shop in Harrogate, I think I also bought some Orvis Fine and Dry dubbing which was about £15 for a selection box and I’m still using it now!

The fishing record book is,  alas, no longer in use but I did record just about every fishing trip between February 1998 and May 2008. So many memories! At a glance they include…

I’m so glad I kept this, without it most of my fishing trips would be forgotten by now, apart from the real standouts. One of the earliest trips I wrote about was my first time on Rutland with my girlfriend’s mother’s boss who happened to be in the England fly fishing squad ( or was just about to join, can’t remember now) 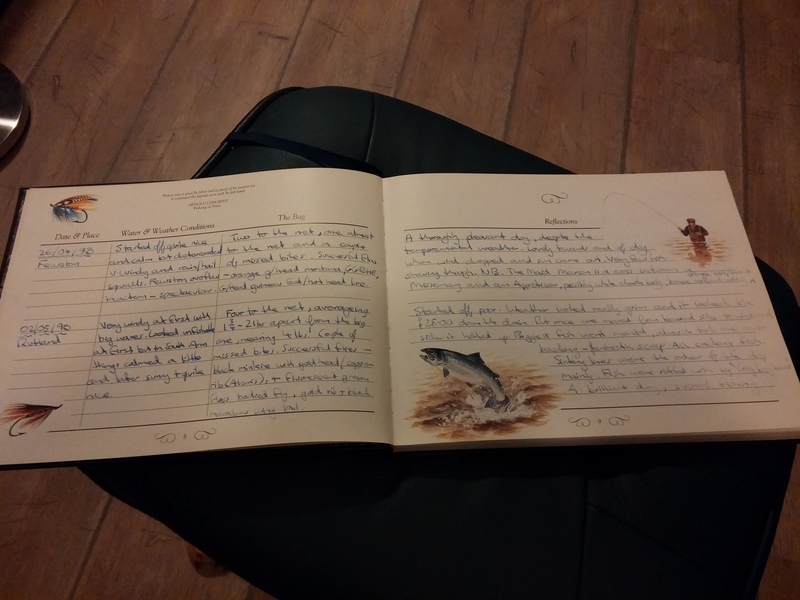 I sometimes struggle remembering names and this was no exception. Andrew was a nice chap but I’m not sure what he made of spending the day on a boat with me being called John, Dave, James, Terry etc. We had a cracking day, it was my first exposure to an Anglian water reservoir after having read various articles about them in TF etc. Derek had an amazing rod built on a Loomis GLX blank and a new fangled large arbour reel (prob one of the first ever) whilst I had a £50 rod, bottom of the range Shakey Graflite reel and a £4 Mullarkey’s Mill End medium sink (still using that!). I was astonished at the ferocity of the takes and the unstoppable runs the Anglian Water rainbows were capable of. I can still remember my Graflite reel screaming blue murder and every other angler on the South Arm looking around to see what was going on. Screaming reels, yeeeahh! Those reservoirs can be absolute ballbreakers but hit them when they’re on and you’ll have the best rainbow fishing day you can ever hope for. Anyway, that’s all for tonight but maybe I’ll revisit some of these ancient tales at a later date and expand on them a little for the blog.