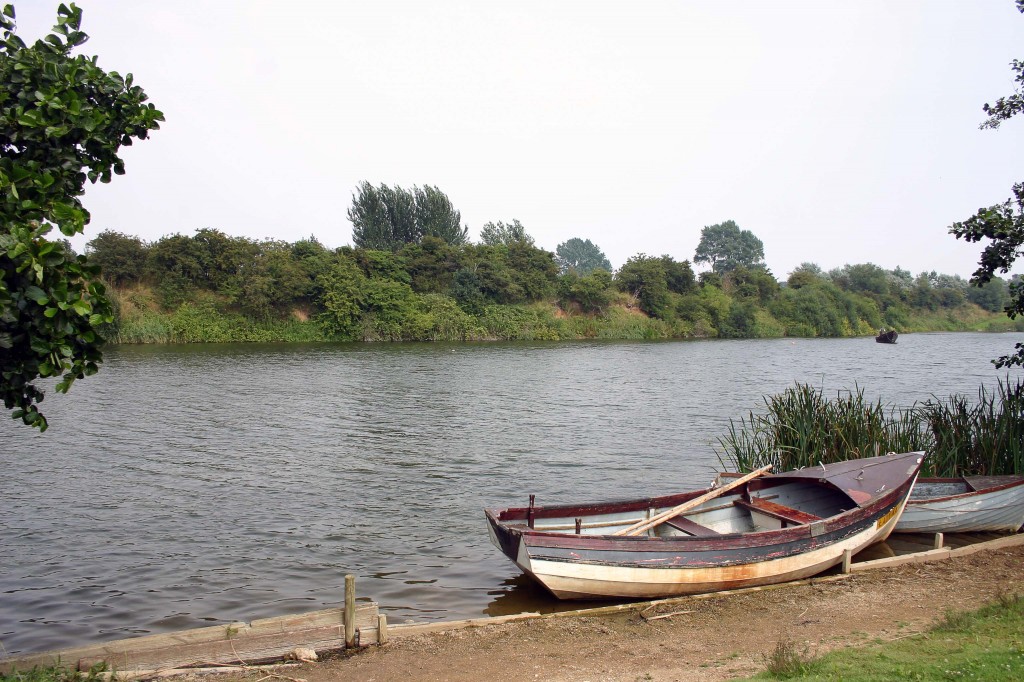 We’ve had a comment on the page about Star Carr that suggests this fishery is now coarse fishing only. I have emailed them for more info and it seems they are indeed going coarse only but if you are quick you can still go and fly fish for trout. But ring them before you go to discuss!

Please note we wrote this article well over 10 years ago!! The world, and Star Carr, are undoubtedly different places since then. Go give it a bash and let us know how you get on :-). But please ring them before visiting for up to date info

*Update from the new owners of Star Carr*

The trout lake has seen a lot of work over the Autumn an winter months. All of the timber jetties have been removed and replaced with clay hard stand jetties and for those who know the site from the previous owners the following changes apply

The boat jetty has been removed and is now a 4.8 mtr wide peg

The right hand bank open stretch after the tree tunnel ( open stretch with the steep sloping bank ) previously had 4 timber jetties. These jetties have all been replaced with 5 new clay jetties and the sloping bank removed to leave flat, safe hard standing

The long ( and wobbly) timber jetty on the left hand bank is now out of bounds and will not be replaced – the water is too deep to build a clay jetty, there is insufficient room at the back of the peg to allow casting and it is unsafe to attempt getting a machine down there to re-cut the banks

The lake now boasts 20 very safe fishing pegs, the old boats are being replaced with two new boats and the lake will be re-stocked ready for opening at Easter

The site also have a 4 bed log cabin ( sleeps up to 8 adults ) that has seen a full refurbishment, all new fixtures and fitting and available to rent on a 3,4 or 7 day let

Please visit http://www.starcarrlakes.co.uk for further details and galleriaes, or join us on face book under Starcarrlakes for news and updates

When Stu forwarded me a link to Star Carr’s website I found myself becoming quite excited. It
has to be said, I don’t often become excited over a fishing related website but the few pictures
on this site certainly whet my appetite. I was equally interested to read of the predator lake stocked
with pike, perch and arctic char – notions of a leisurely hour or two spent pestering the
rainbows and browns, followed by some fluff-flinging at the toothy critters filled my head. Keen to
get the ball rolling, I rang up and confirmed we could fish both lakes on the same day and also fish
through until dusk

Located only a few miles from the east coast, Star Carr is surrounded by pleasant, if uninspiring,
countryside. However, it would be fair to say our hearts sank when we pulled into the fishery car
park and saw several caravans berthed along one side of the trout lake, and listened to the
incessant noise from a nearby busy road. It also became obvious a boat would be necessary to
effectively cover the lake (small as it was) as viable casting spaces on the bank were few and
far between. More bad news came our way when we explained we wanted to fish both the trout lake
and the predator lake – the latter is situated a good mile or two up the road from the
main fishery. The member of staff present on the day of our visit was however kind enough to
drive out ahead of us and show us the way. Sadly, he needn’t have bothered. There was no
bank space for fly-fishing and wading wasn’t really an option, especially since we
hadn’t brought our waders. 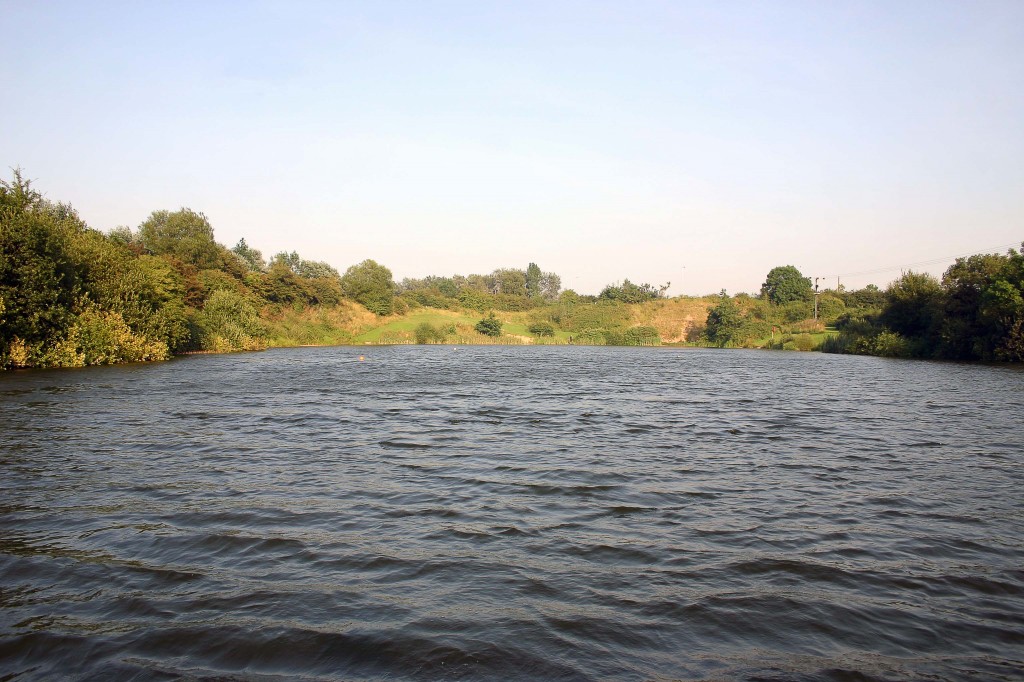 Our enthusiasm for Star Carr was beginning to wane as we drove back to the main fishery but after
some lunch we set off onto the lake determined to make the best of the day. Bearing in mind the
trout lake is only 4.5 acres, rowing up to the far end proved to be a remarkably difficult task,
what with ineffective rowlocks and even worse, a strong wind rattling down the lake to contend with.
The boats have no anchors, so you’re limited to mooring up at one of the buoys – a task
that some anglers may find a little tricky on their own.

The lake is over 50ft deep in some places so if you’re going to fish from a boat take your
lifejacket (rather than foolishly leaving them at home, as we did). Once in position we finally got
to start fishing, and as there were a few fish moving we both chose floating lines, Stu with a bibio
and I with a hopper. Neither of those old favourites brought success so I tied on a size 12 gold ribbed
hares ear and felt sure this would do the job but predictably nothing came near it.

A goldhead daddy and a weighted damsel also graced the presence of my leader before I tackled up a
sinking line and hit the lure box with a vengeance. After 5 or six casts the line went solid and what
seemed to be a reasonable fish did a couple of laps around the boat without showing itself, whilst
Stu attempted to fathom out my new camera in order to get some pics for the site. Playing a fish
whilst instructing someone how to use a camera turned out to be more complicated than playing a fish
whilst taking the pictures oneself, and the lack of concentration allowed the fish to throw the hook.
Never mind, it seemed unlikely that was the last fish of the day. 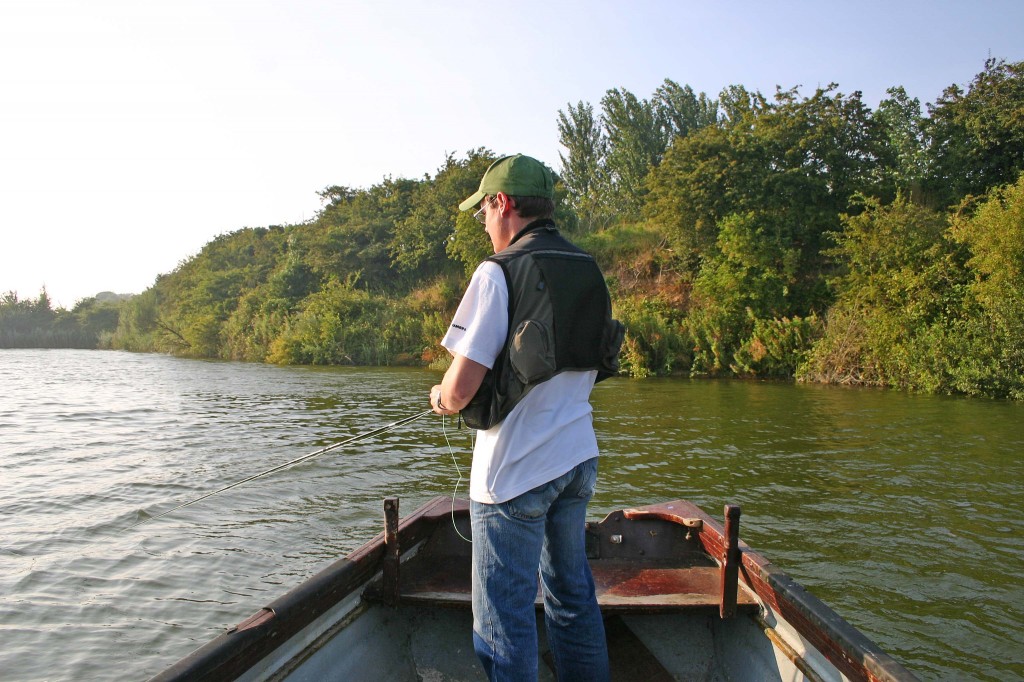 We had watched another boat angler further down the lake for quite a while and were convinced he had
the best spot on the lake. Fish seemed to be constantly rising around him, often jumping clean out
and narrowly missing the boat so when he rowed in to the shore we naturally jumped in his grave.

Within minutes of mooring up the fish began moving as they had before and our confidence grew. However,
whatever we put in front of these fish, many of which seemed to be small rainbows, failed to interest
them. The most successful tactic, in hindsight, may have been to sit quietly and wait until one of
them jumped into the boat.

Our best guess was that many of them were fry-bashing so I tried a floating fry pattern which only
resulted in one half-assed swirl by a rather large fish. I switched to a ‘conventional’
lure and copied a method I’d seen the previous angler employing which seemed to entail allowing
a fast sinker to …..well…sink, and then retrieve it up through the water almost
vertically. This method led to a couple of hook ups but alas neither stayed on – I suspect the
lure I was using had a blunted hook point.

However, another (presumably sharper?!) lure managed to bring a fish to the net but it wasn’t going
to break any records. Better than a kick in the teeth though, as they say. This diminutive rainbow
proved to be the last bit of piscatorial action for the day, despite plugging away until it was
almost too dark to fish with various flies including ethafoam beetle, cdc buzzer, goldhead daddy,
olive buzzer, claret buzzer, pearly invicta and a kitchen sink. 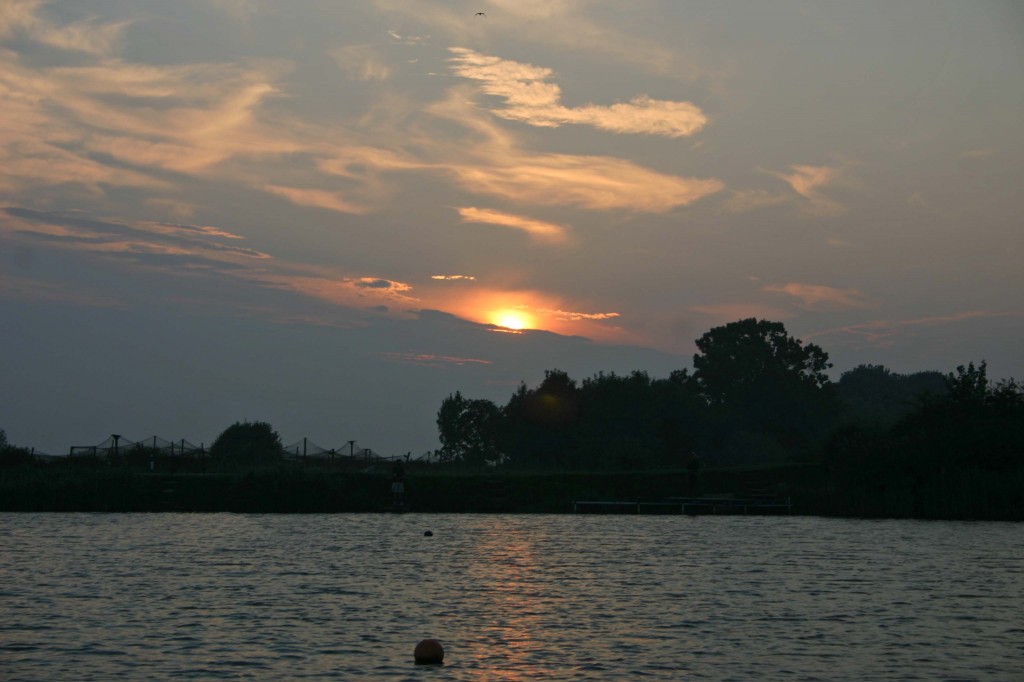 Thankfully, rowing back to the shore proved a whole lot easier as the wind was behind us this time!
Perhaps repeated visits to Star Carr along with information gathering from its regulars would result
in more success but I’m afraid I won’t be making the effort, I just didn’t get along
with the place. This has nothing to do with the lack of success, I hasten to add! I think the website
painted too rosy a picture of what Star Carr had to offer. On the plus side, Star Carr is relatively
cheap, has a fairly well stocked tackle shop and judging by the huge dead brown trout we saw floating
in the margins has some big fish!

As ever, this review is merely a reflection of our experiences and opinions. They may differ from that
of other anglers who have visited Star Carr and feedback/constructive criticism is always welcome.

Description
One 4.5 acre gravel pit for flyfishing, 2 other coarse lakes and a 3.5 acre
predator lake (not on site, about a mile up the road)