**Please note this review was written a loooong time ago, so prices, and indeed everything else may have changed over the years!!**

We were fortunate enough to have access to a very pleasant cottage in Richmond, North Yorkshire one early spring weekend, primarily for the purpose of drinking and the like, but it seemed logical to pay Crabtree lake a visit whilst in the area. The day in question was pleasantly mild, overcast with fairly light winds and generally conducive to good fishing. After leaving £10 each in the honesty box at the farm we drove back down to the lake and parked up. Crabtree lake is a small 2 ½ acre lake, basically dug out of a field with a couple of islands in the middle.

The surrounding countryside is very easy on the eye but the lake itself didn’t really do it for us, I was reminded of a village duck pond if I’m honest. It does however have casting platforms and all of the water is accessible as there are no obstructions behind when back-casting. There were 3 other anglers on the lake and after chatting to a regular I ascertained the average depth was apparently around 6 or 7 feet, and that it normally fished better when the sun was out – the fish stayed down on overcast days like this. Grateful for the advice I began fishing a lightly weighted hare’s ear which resulted in a solitary pluck…or was that duck? A pair of noisy ducks careered over my line at the same time so I’m not actually sure! 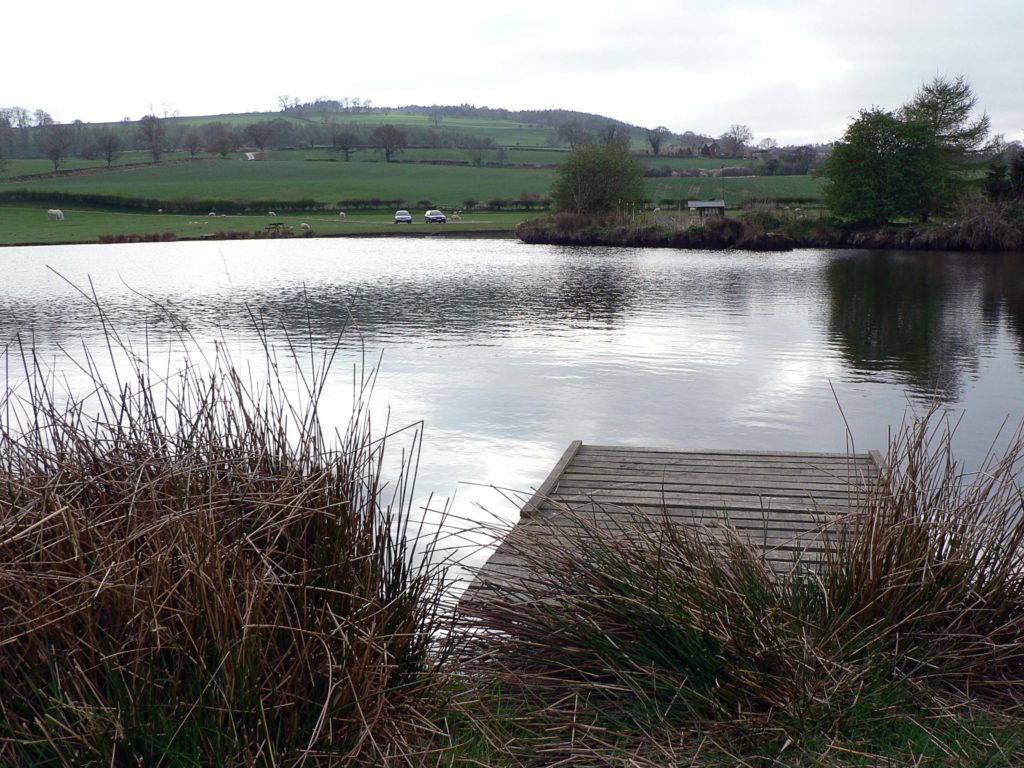 Lack of any further bites, and absolutely no sign of any fish led me to tie on a small bead-headed hare’s ear nymph which allowed me to get down deeper, quicker. Nothing stirred though, and my two companions fared no better despite trying various nymphs and buzers. We moved around the lake a bit and after about an hour and a half of fishing Stuart had a definite slash at his fly from a fish. Sadly, this was the only action we had for our admittedly brief couple of hours at Crabtree. Perhaps it’s fair to say none of us fished our hardest, I for one just couldn’t get motivated about this place, but we didn’t see anyone else catch. 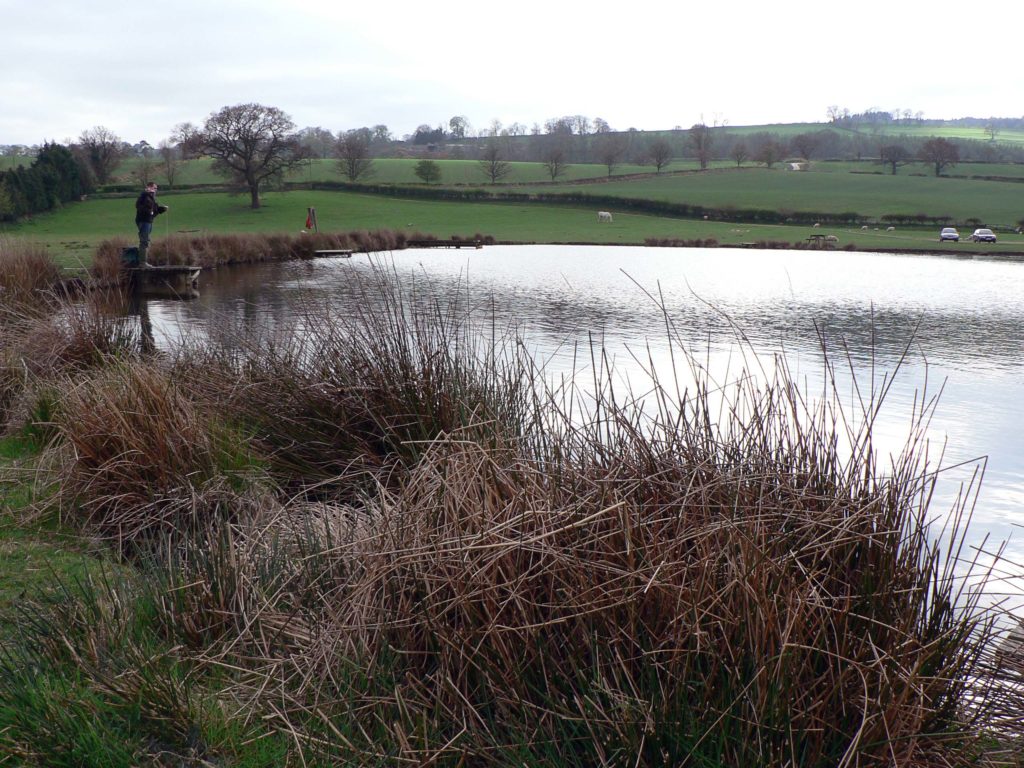 There’s not much else I can think to write about Crabtree Lake, not catching any fish probably doesn’t help! I was rather surprised there was practically no sign of activity on the lake during the couple of hours we fished there but lack of visible fish does not equate to lack of fish. I won’t fall into the trap of blaming stocking levels for failure to catch, it’s far more likely that lack of angling ability is the cause!

It’s in a nice part of Yorkshire though, and on a good day I’m sure it fishes well. Sadly it’s unlikely I’ll pluck up the motivation to return anytime soon, it really didn’t do it for us. I can however recommend the Black Sheep in the Buck Inn in Richmond where we retired to! 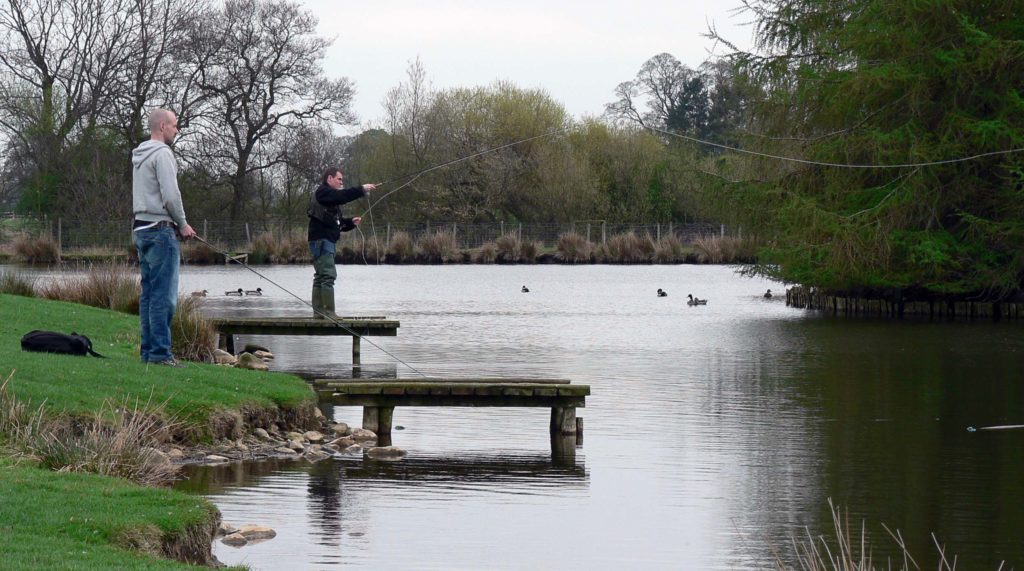 As always, the opinions expressed in this article are just that…opinions. We had a poor day at Crabtree and didn’t like it but there will, I’m sure be plenty of anglers who love this place and would happily stab us through the heart for being so negative. If you’re in the area and keen to fish a small stillwater then give it a go, don’t rely solely on my observations! I’d also love to hear from anglers who genuinely do really like Crabtree, I’d be happy to add some comments into our blog to balance things out.

Location:
From Richmond take the B6274 to Gilling West.
Postcode for your sat nav is DL10 5JD.

Open dawn to dusk. Barbless hooks only, no lures.