<Latest reports from Tanfield can be found at bottom of page. Also, search my blog for Tanfield, I go every year!>

Situated near the village of West Tanfield near Ripon, Tanfield Lodge is an attractive 11.5 acre lake which
in a previous incarnation used to be a gravel pit. As is the case with many fisheries based on old gravel-workings
the water is very deep in places, shelving off to 30 feet at some points and usually quite clear.

The lake contains both rainbows and browns and you may also find a crayfish or two take a fancy to your fly! The
Yorkshire Dales Angler’s guide by Laurence Tetley (an excellent reference by the way) states that no
wading is allowed here but we spent half our time up to our tackle in the lake without any complaint from the owner! 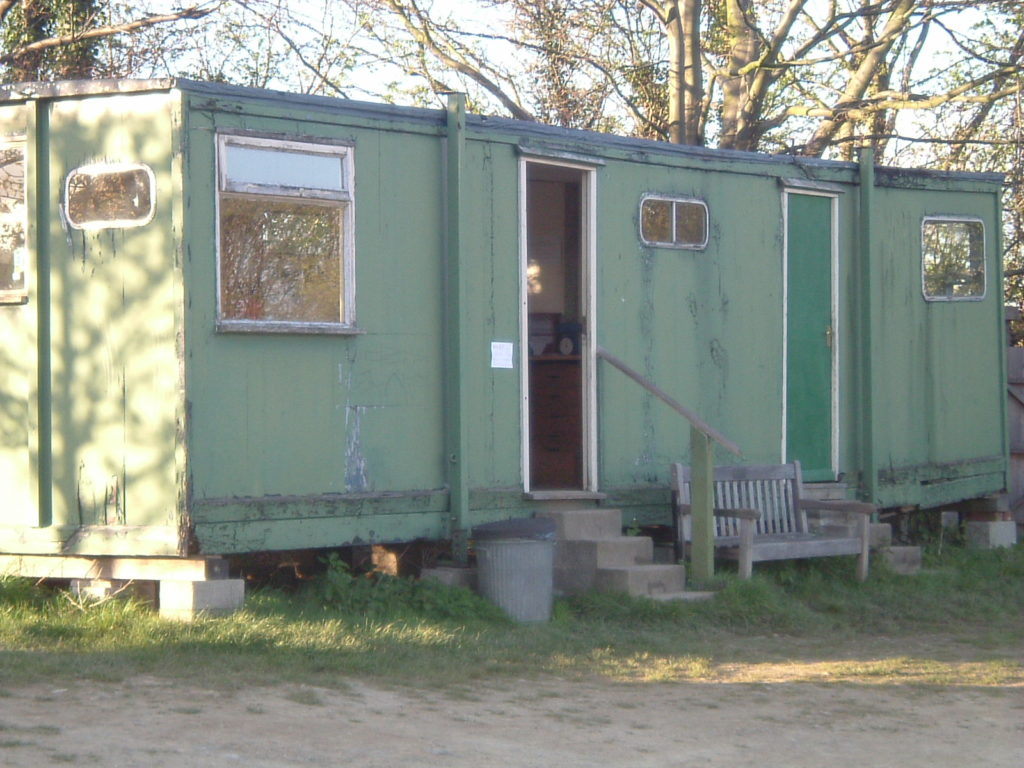 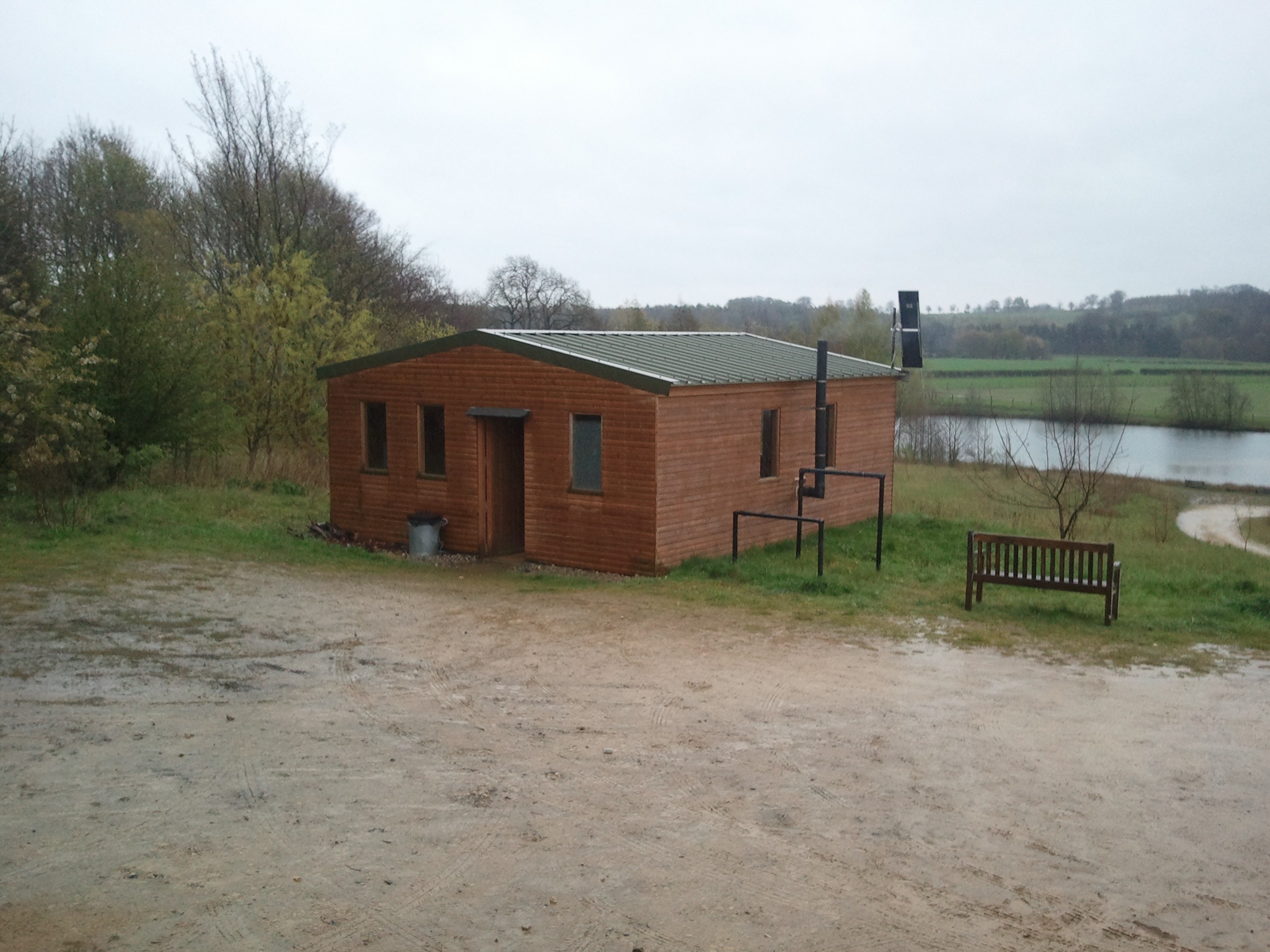 As you enter the car park there is a small ‘lodge’ complete with toilet and seating area should
the elements force you to beat a hasty retreat, and less physically able anglers can park almost at the water’s edge for ease of access.  Looking down from the car park at the lake you will see a
spit of land jutting out into the water on the left which is probably the easiest place for casting because there are no obstructions and you can easily switch direction if you find yourself casting into a headwind.

Still looking down from the car park, the right-hand corner is also a hotspot if you can nab it before anyone else does. The rest of the tree-lined bank is often tricky to cast from if the fish are far out because around much of the lake the bottom shelves off quite steeply apart from the side nearest to the car park. The latter is shallow enough to wade out quite a way. 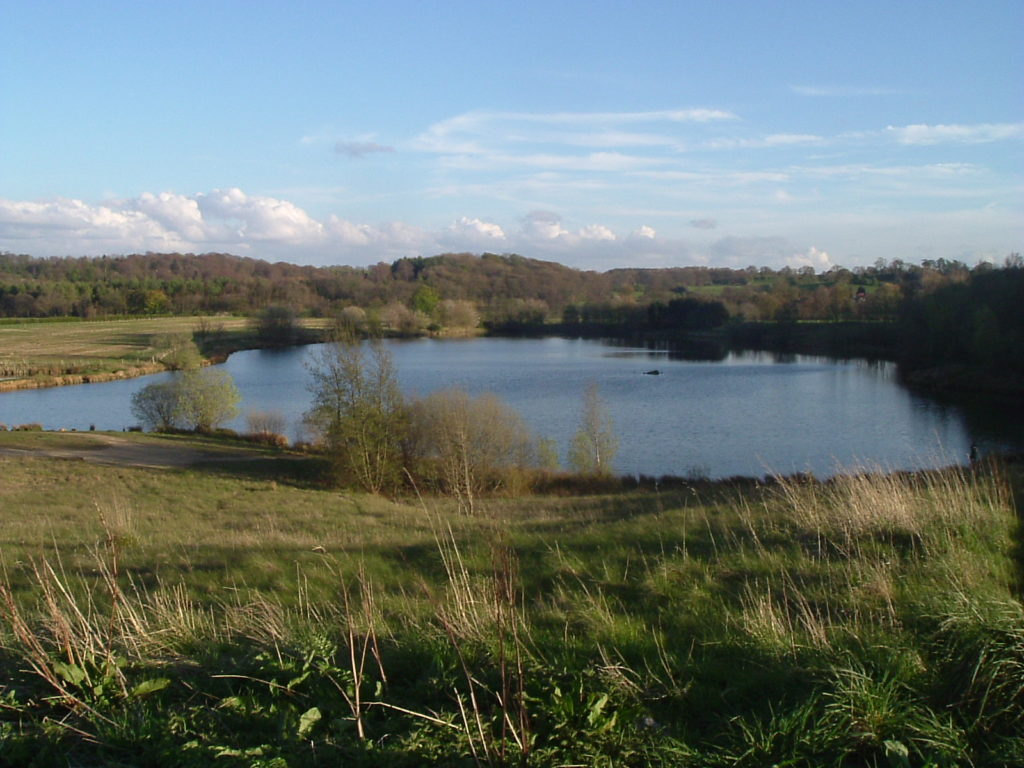 Looking down from the fishing lodge

I have been to Tanfield twice, my 1st visit some years ago during which I managed to land nothing but a crayfish and my most recent in April 2005. This last outing was with a club I belong to, the Roundhay Fly-Fishers, and the 12 of us had the venue to ourselves. The weather was somewhat typical for early spring, a mixture of sun, cloud and a cold wind – the latter really
put a curse on the proceedings. Initially I felt optimistic when minutes into the morning session I hooked a rainbow whilst fishing from the ‘spit’ but the moment I contemplated reaching for the net my size 14 hare’s ear nymph and the trout parted company.

As is often the case, this encouraging start proved to be somewhat deceptive as the next few hours were spectacularly quiet. Just before retiring for lunch I grew weary of fishing the ‘traditionals’ and with an evil glint in my eye reached for the box of unspeakable horrors that rears its ugly head on these, and only these, occasions. Clearing a path through swathes of multi-coloured marabou and various beastly fibres I came across a ‘fly’ which must have consumed several feet of Fritz and untold rabbit pelts during its lager fuelled birth. With a nervous shudder I tied this heathen creation on to a mere 7ft of industrial strength nylon and clouds were rent asunder as I double-hauled it into the middle of the lake.

Let no-one be in doubt that had this fly struck me I would have been instantly decapitated. As luck would have it, an insane rainbow slammed into the lure as it plummeted through the depths and after a short but frantic  battle I managed to land a cracking fish which must have been only a scale or two away from 4lb. 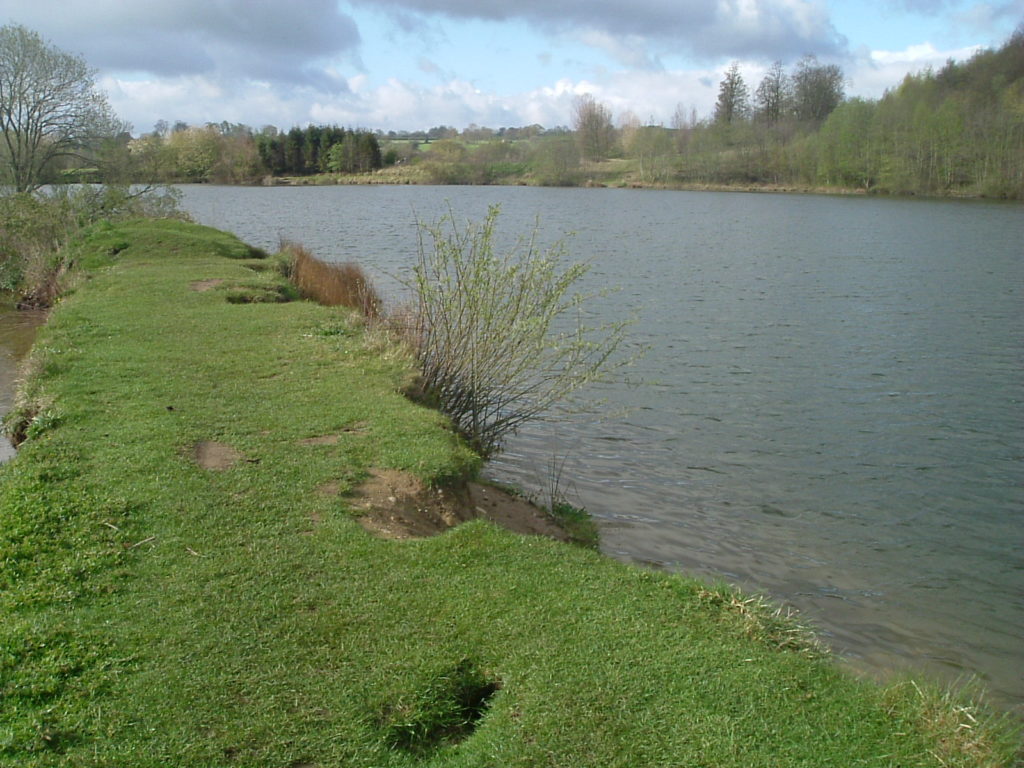 Looking out from the Spit

After a leisurely lunch (during which I ascertained only a couple of other fish had been caught by the rest of the group) I returned to the spit where I had first hooked a fish upon arrival. Casting with the wind was delightful but the relatively shallow bay didn’t seem to contain any fish so I was forced to turn around cast into the teeth of an exhausting gale in order to cover the occasional rising fish in the main lake. Braving the elements paid off because after a period of disinterest from the fish I started to tempt fish up with size 12 hoppers but getting the blighters to the net proved to be astoundingly difficult. In-between missed plucks and swirls I managed to hook maybe 5 trout but each time they left me with a limp line and a mouth full of curses. Typically, one of these seemed to be a rather large fish judging by the length and ferocity of its runs but then again ‘the one that got away’ is never a tiddler is it?! Another member of the club stood
only a few yards away from me and he also seemed to be getting into fish but unlike me he was able to net them. After a while though the fish stopped moving and this signalled the end of our purple-patch. 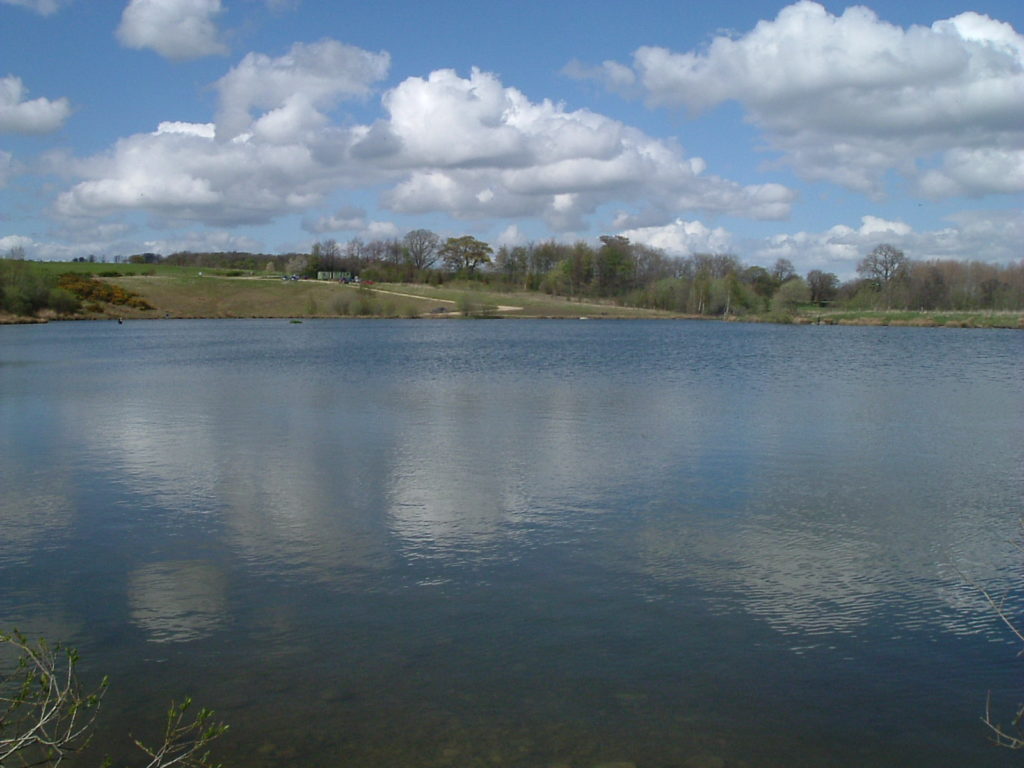 Considering the number of experienced anglers on the lake that day our bag seemed fairly poor, but I am more
inclined to believe this was down to the curse of Roundhay Fly-Fishers rather than the muttered doubts about
the number of fish in the lake. Indeed, a pair of disgruntled anglers from the North-East who had turned up
unaware we had the lake booked for the day claimed to have caught 60 fish between them only the other week
on a Nomad lure. 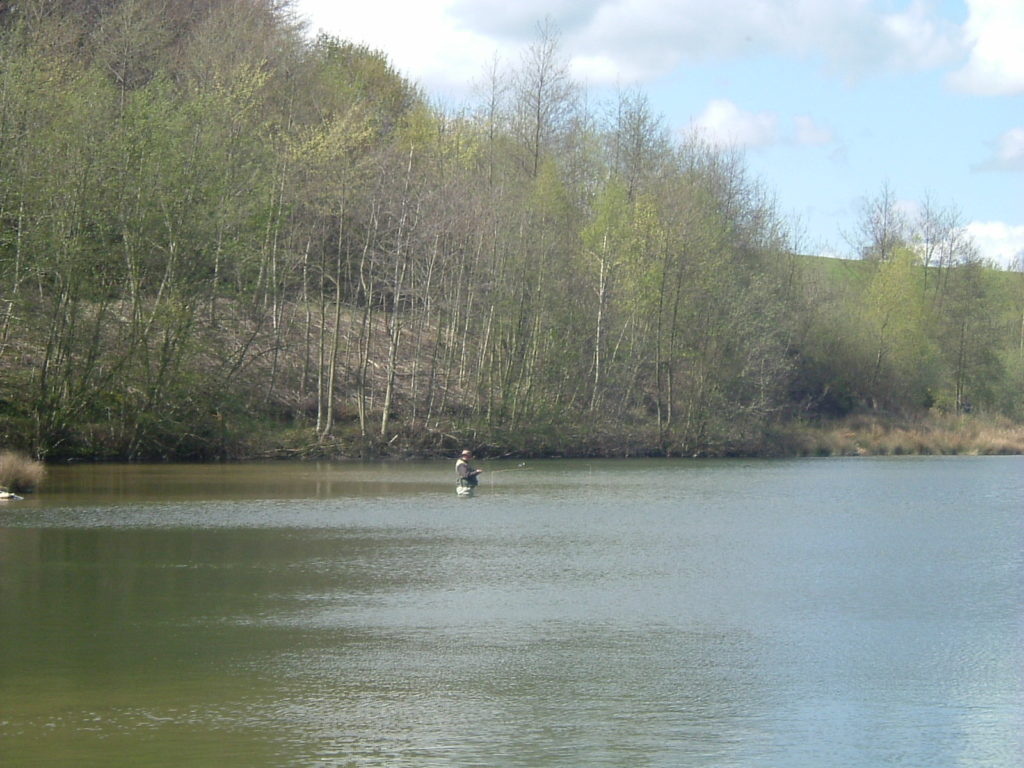 Tanfield Lodge looks like a big reservoir squeezed down to a handy size lake and can fish like one too.
It’s well worth a visit as the fish are good quality and the venue is very attractive, with plenty
of woodland and general greenery to remind you fly-fishing isn’t about muddy puddles in fields.

Description
Attractive 11.5 acre lake which in a previous incarnation used to be a gravel pit.