I discovered Easdale Tarn whilst flicking through Laurence Tetley’s excellent Lake District Angling Guide and made a mental note that I should visit it one day, primarily with a view to pike fly-fishing. (It seems odd that a relatively remote Lakeland tarn such as this would contain pike but 2 different sources seem to suggest it does). The fact that it’s free also appealed to my frugal nature. I found myself in the Lakes in the spring of 2007 and managed to coax my girlfriend into ‘going for a walk’ which ‘just happened’ to take us up to Easdale Tarn, and I ‘just happened’ to have my trusty four piece trout rod with me (sadly no pike fly-fishing tackle though!) Fortunately for me the weather was superb for this time of year so she was able to spend a pleasant couple of hours soaking up the sun whilst I tried to meet and greet the residents.

This beautiful piece of water is about 2 miles from Grasmere and the walk up is most enjoyable – the ascent is fairly gradual but I would strongly advise decent walking boots and of course suitable clothing because as we all know the weather is very changeable up on the fells. Parking can be found in Grasmere itself and then it’s simply a case of walking up Easdale Rd until you hit a right hand bend in the road with a public footpath signposted for Easdale Tarn veering off to the left. Follow the path over a stream and the obvious route opens up in front of you, the waterfall that drains off the tarn being visible up ahead. (The path takes you up the left hand side of it, if you need a 10 minute break I can recommend a detour to sit by the side of the plunge pool under Sour Milk Gill – bring your swimming trunks!) 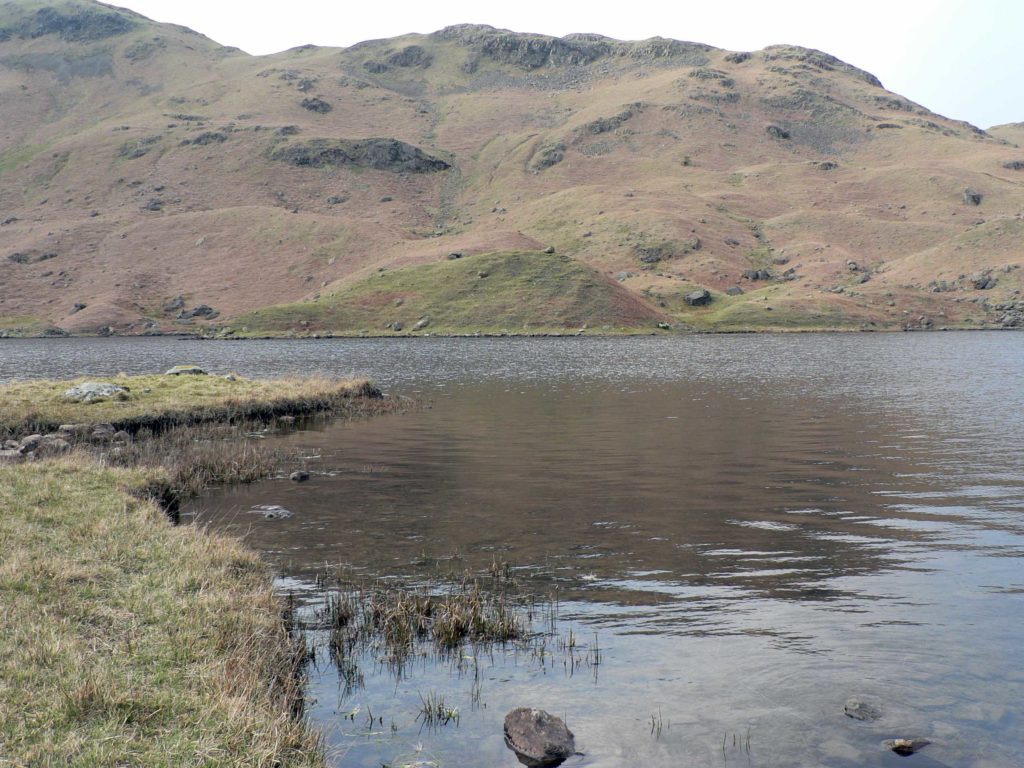 Upon reaching the summit of the path you are presented with an inspiring view of the tarn with it’s backdrop of rocky crags (craggy rocks?!) and if you’re anything like me you’ll be tackled up and raring to fish in no time. I practically ran down to the nearest shore to wet a line and expectation levels were high, even though I couldn’t see any rising fish. However, a fairly stiff breeze dampened my enthusiasm somewhat and I took a walk over to a prominent point further along the shore which had a great slab of rock sticking out of the water, presumably left there by a glacier. With the wind behind me I was able to cast my team of two (diawl bach on point and a bushy palmered wet fly on the dropper) a considerable distance and immediately felt more confident. Whilst retrieving my flies using a combination of sink/draw and figure of eight I glanced up to see a pair of buzzards working their way up on a thermal. Nice! The moment was made complete when I then felt a sharp tug on the end of my line as a fish took an interest in my nymph and I struggled to stay in touch. It soon became clear this was no leviathan and rather indignant little brownie quickly came splashing to my hand. Shying away from publicity, he made his excuses and pinged off before we could get a picture but as I’m sure you can imagine it was an extremely well marked little trout. 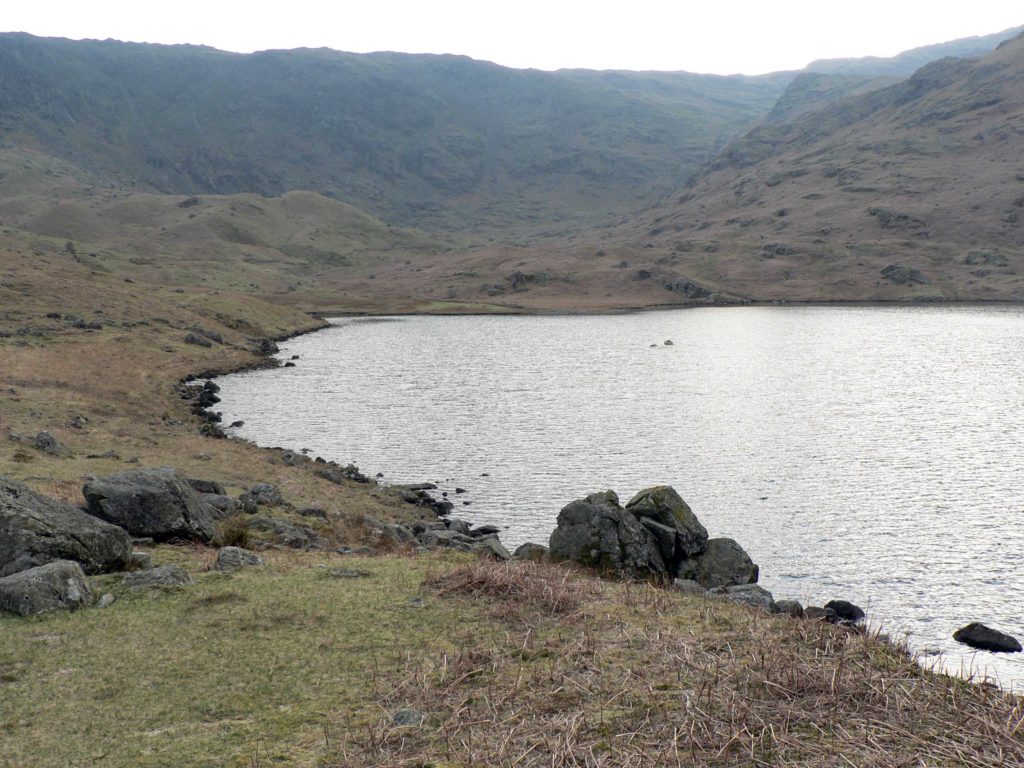 I fished on for another hour or so but had no more offers, which didn’t really bother me to be honest as just being there was enough – catching even one fish was a bonus. I saw no sign of the allegedly prolific perch presence but there was what looked suspiciously like a tiny pikelet in the margins. Judging by his size I suspect he was hiding from the 6 inch brownies which no doubt picked on him mercilessly whilst they were still able to.