2006 was the year we decided to venture further into Scotland than ever before on our annual fishing holiday. After much research we settled on making Glencoe our base for a long week’s fishing, primarily because of its proximity to the Rannoch Moor lochs which seemed to tick all boxes in terms of natural beauty and wild brown trout. Much of the information we dug up was from here http://www.wild-fishing-scotland.co.uk/ , an excellent resource when planning a mission to fish for wild brown trout in Scotland. Several posts on this forum made reference to Loch Ba as a ‘must visit’ venue in this area.

Loch Ba is only a few miles drive down from Glencoe and the scenery is extremely easy on the eye during your journey. It’s hard to miss the loch as it can be seen from the main road, and then it’s simply a case of finding a nearby lay-by to park up in. Anyone driving past would have assumed we were about to set off on a 3 day survival exercise rather than a day’s fishing as we were stood there creaking and groaning under the strain of bulging rucksacks, kitted out in our outdoor pursuits finery and brandishing our rod tubes like Armalites. We were, as they say, loaded for bear. 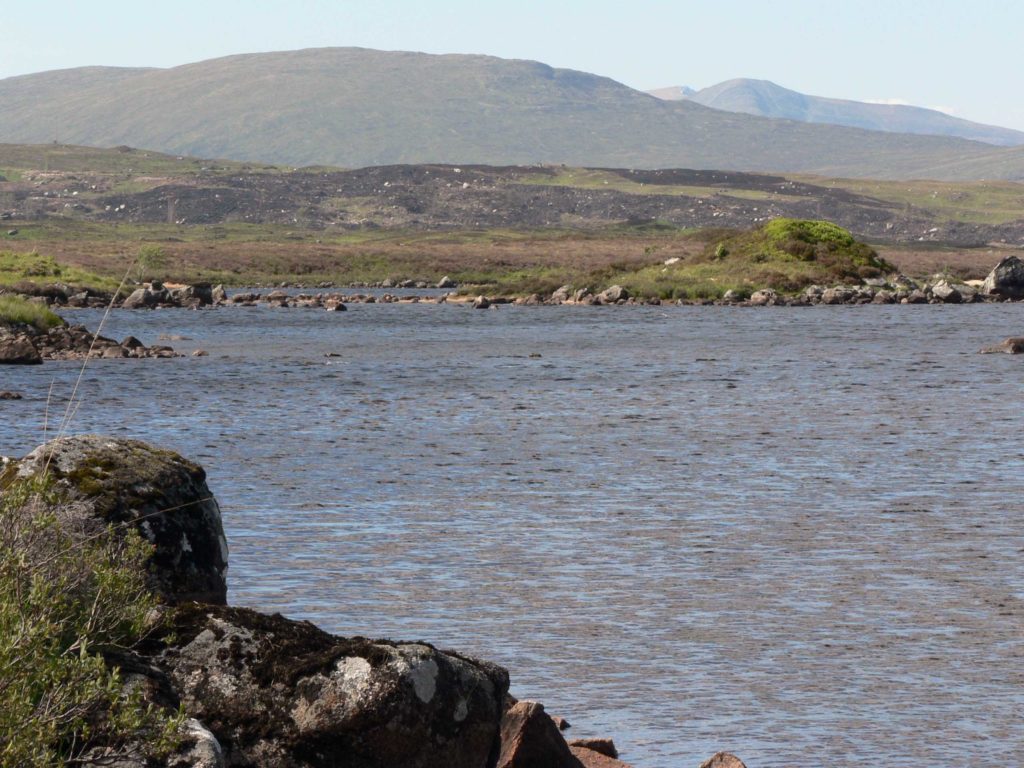 With much huffing, puffing and cursing we tramped across the heather and waded through bogs, all the while heeding the repeated warnings about treacherous marshes which prevailed in any account of Loch Ba. You certainly need to plot your course through this inhospitable terrain with care and if you’re going to fish here on your own I suggest you tell someone of your whereabouts and what time you’re expected back. Upon reaching the loch we decided on a base camp and tackled up before indulging in some of our numerous provisions – fishing on an empty stomach simply won’t do! The scenery really is stunning, with both sweeping moorland and the mountains of Glencoe providing a backdrop to the sparkling blue waters of Loch Ba and to not bring a camera with you is a huge mistake. Mind you, so is forgetting insect repellent. 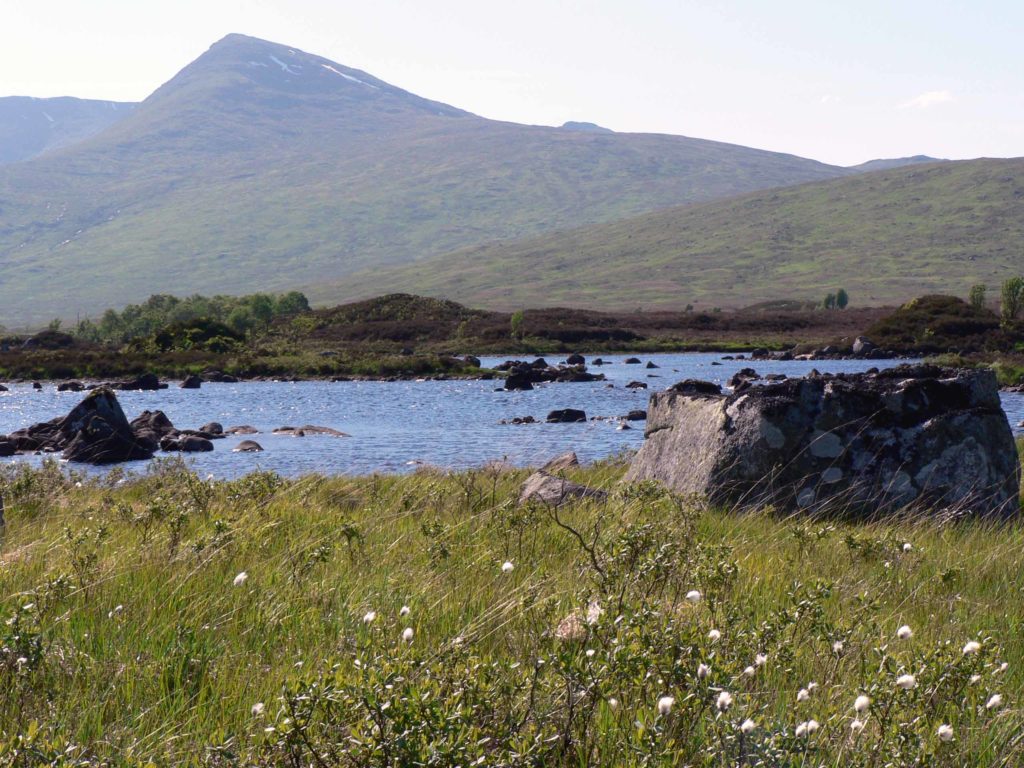 We pretty much adhered to the standard routine for this kind of loch which is to fish on the move, casting out a team of 2 or 3 flies which ideally should have a nice bushy number on the top dropper. There seemed to be fish all over the loch but if you’ve been in the same place for a while without any action move onto the next likely looking location. I did stay put for a while though when I came across a delightful spot where a burn flows in to the loch, I knew there just had to be plenty of fish here. I was proved correct and caught numerous achingly beautiful little brown trout, all “wild as the wind”, “buttery yellow”with “vivid red markings” and every other cliched description you can imagine. 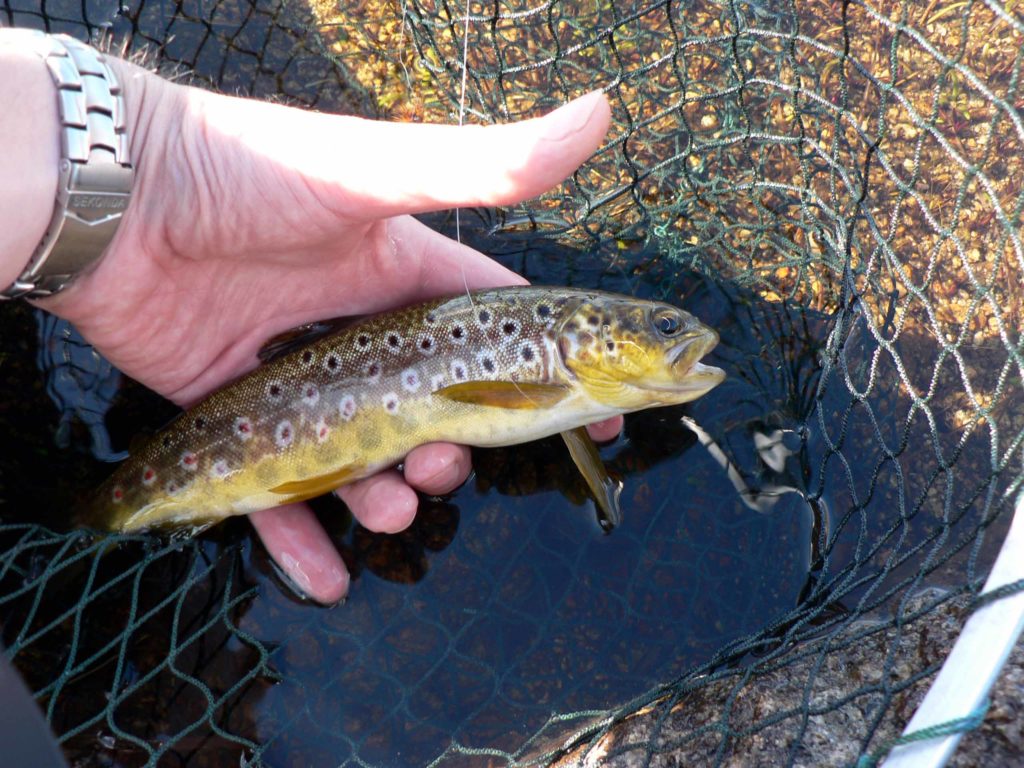 I guess there’s nothing wrong with taking a couple for the pot but to be honest, killing one of these beauties and having it for dinner would be like eating a Fabergé egg. Not only were these brownies a sight to behold, they were also tenacious little blighters that hurled themselves at your flies and often pulled line out of your hand despite their diminutive size. We saw very few rising fish, presumably due to lack of natural food on this bleak moor, and the takes came from nowhere which often meant missing fish whilst daydreaming of, err, well..catching fish. This was never really a cause for concern as I always knew there was a high likelihood I’d be into another shortly. 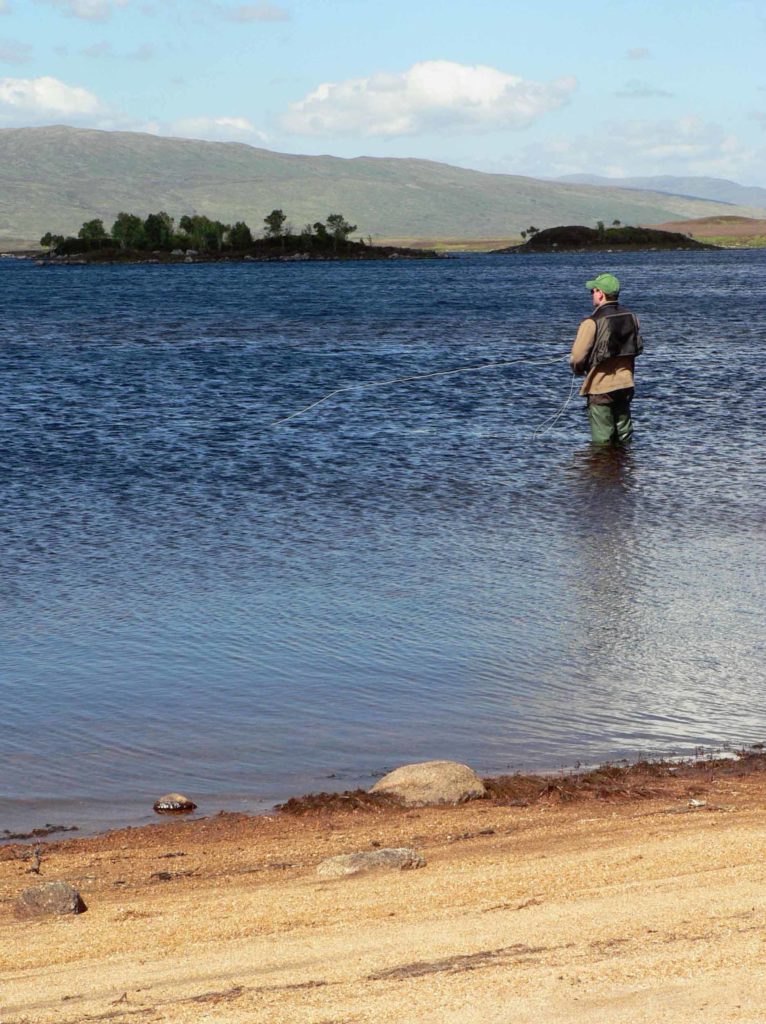 Loch Ba has to be on your agenda if your staying in Glencoe but for God’s sake take your litter home with you after you’ve fished it. We were extremely disheartened to see rubbish left around the loch and it’s probably a combination of local ‘Neds’ and anglers who should know better that leave it there. Shameful behaviour!