**Please note this ‘review’ is rather old, prices and allsorts of other stuff may have changed since this visit. Make sure you scroll to the bottom of the article to see user comments which are usually much more up to date**

Helwith Bridge is a pleasant 4.5 acre spring fed fly-fishing venue situated in the Yorkshire Dales, not far from Ingleton and within easy access of the A65. I only chanced upon this lake whilst re-reading my Yorkshire Dales Angling guide by Laurence Tetley (a book I can thoroughly recommend) and quickly decided it would be a good place to start the season with. Quite frankly, I really couldn’t face a big sheet of windswept, inhospitable Yorkshire water this early in the year.

First impressions were mixed – the proximity of the car park to the lake doesn’t exactly add to the picture, but one could argue this is more than offset by the outstanding backdrop of Pen-y-ghent and the overall ‘rugged charm’ of the fishery’s setting. After purchasing our somewhat pricey half day tickets and chatting with the owner for a while (his handy tip for the day was don’t bother using Brown Maxima leader) we tooled up for the day’s business and headed round to the far bank.

I was still stripping line off the reel prior to making my first cast when Stu noisily made contact with a Helwith Bridge rainbow trout and soon had it netted. It looked to be around 1 ½ lb and was a nice start to the day. Time for me to get in on the action. I cast out a dry Adams onto the cool, clear water and waited for the inevitable silver polaris to slam into it. Sadly, my beautifully tied dry fly sat motionless apart from the occasional dalliance with the breeze whilst Stu’s buzzer suffered another unprovoked attack at the hands of the Helwith Bridge rainbow warriors. Preferring not to watch whilst the fishing machine landed another fish I took the opportunity to take some pictures of Pen-y-ghent then thumbed my numerous fly boxes to select my next victim. 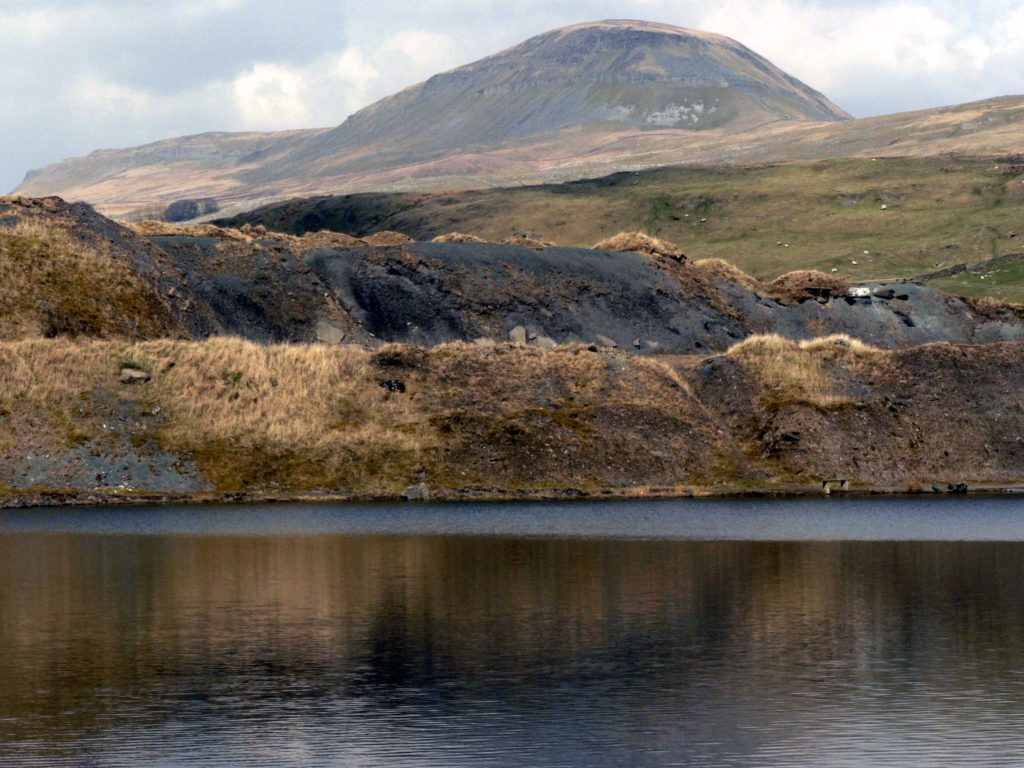 Stu’s luck had run out and mine had not seen fit to improve over the last hour, apart from a couple of lazy swirls at the green Shipman I’d tied on with misplaced optimism. However, as often happens, the weather appeared to come to our rescue – grey clouds made way for delightful face-warming sun and the magic switch was flicked. Within minutes, sub surface boils began to appear around the lake and I deployed a scruffy little black buzzer with instant results. Within a relatively short period of time I bagged 4 nice fish, the biggest probably around 2 ½ lb – excellent sport for this early in the season! As the sun slunk behind a large bank of cloud though, the fishing dropped off and we broke for lunch. 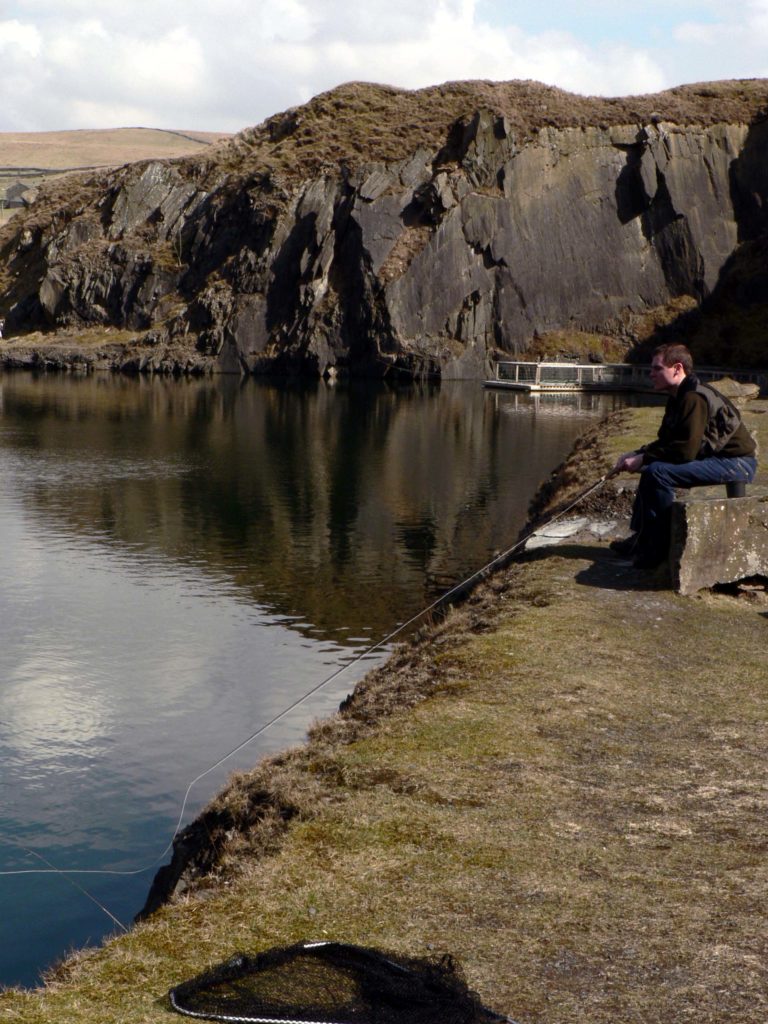 For the afternoon/evening session we walked back to the previous corner and a nice ripple had broken the calm, but not a lot was showing. However, when I tied on a Kate McLaren and retrieved it back with long, steady pulls a rainbow blatted it on the second cast. “Curses, young Stuart…he’s off” said I, as the fish parted company from my fly. Well, something like that anyway. It wasn’t exactly a calamity though, as I recast the fly to roughly the same area and after a couple of pulls made contact with another fish, which was unable to match the guile of his predecessor. A further 3 came to the net from this corner, some extremely close in to the bank and all to the Kate McLaren which I’d previously reserved for big lochs and reservoirs. Worth making a mental note of that.

Early season days are all too brief and whilst the light was fading I was still performing numerous ‘last casts’ because I was having such good sport but the time-honoured tangle soon put paid to this, followed by inseparable rod sections to round the day off. I have since learnt that a very light touch of the natural oils from your nose on the male spigot will prevent this. Don’t overdo it though otherwise your top section will depart like the second stage of a Saturn 5. Anyway, we left Helwith Bridge a pair of happy anglers and I’d have no problems recommending it to someone fancying a good day out on a small lake.

You can visit their website here http://www.flyfishingyorkshiredales.co.uk/ or call Dave on 07790184641